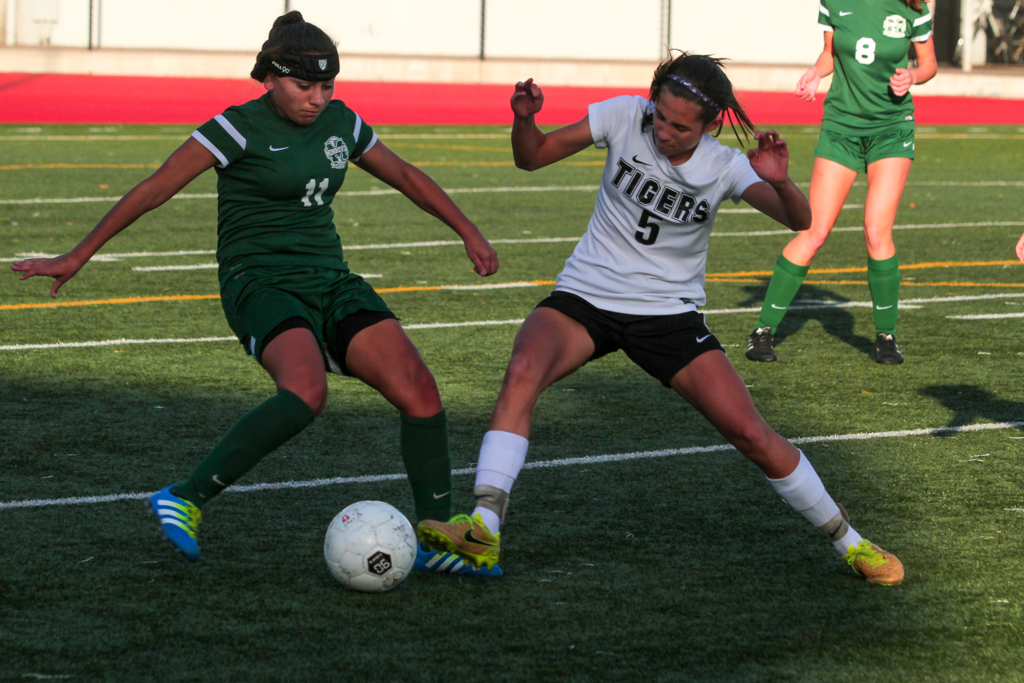 To kick off its league season, the girls’ varsity soccer team suffered a defeat against the Monrovia Wildcats at home on Wednesday, January 11. The 2-0 score was not a good indicator of the Tigers’ performance on the field; South Pas was offensively dominant throughout the match, but the Wildcats were able to capitalize on defensive errors by the Tigers. This disappointing outcome places their overall season record to 4-2-3 and their league record to 0-1

The South Pas-Monrovia faceoff would be marred by numerous potential shots by the Tigers that would barely miss the goal. As the match began, sophomore midfielder Uma Hornish brought the ball deep into Wildcat territory. She, along with midfielders sophomore Rainey Tilley and junior Emily Dunn, would showcase expertise in ball manipulation, passing and dribbling past Wildcat defense. Despite their best efforts, the ball could not find its way into the opposing net. This misfortune was characterized by a multitude of failed attempts, including two instances in which Dunn set up corner kicks and senior defender Sara Jaime struck but barely missed. Midway through the half, the Wildcats took possession and received a free kick opportunity off of a foul. In a struggle at the Tiger box, a Monrovia striker was able to boot the ball into the net.

For the rest of the half, South Pas would continue to play strong on Monrovia terrain. On a free kick, junior defender Riley Segal fired the ball nearly into the net, hitting the crossbar on a whim. Quickly after, sophomore defender Alyssa Bonk followed through with another try, again missing by a little.

The second half of the match did not fare much better for the Tigers. In fact, the period almost mirrored the first in play and scoring. Tilley, Hornish, and sophomore striker Jenna Noueihed rounded out the frontline, setting up and launching several true shots. They reestablished the Tiger offensive command for the rest of the match. But in a fleeing moment, Monrovia was able to clear their goal box and play long, as a Wildcat striker received the ball across the field. With no Tiger defenders protecting the box, she was able to capitalize on the weakness and score their second goal. Although immediately bouncing back the ball into Tiger striking zone, South Pas could not recover from their earlier misfortunes

Although dissatisfied from the outcome, the girls look forward to the rest of league, as they battle against Temple City at an away game on Friday, January 13.