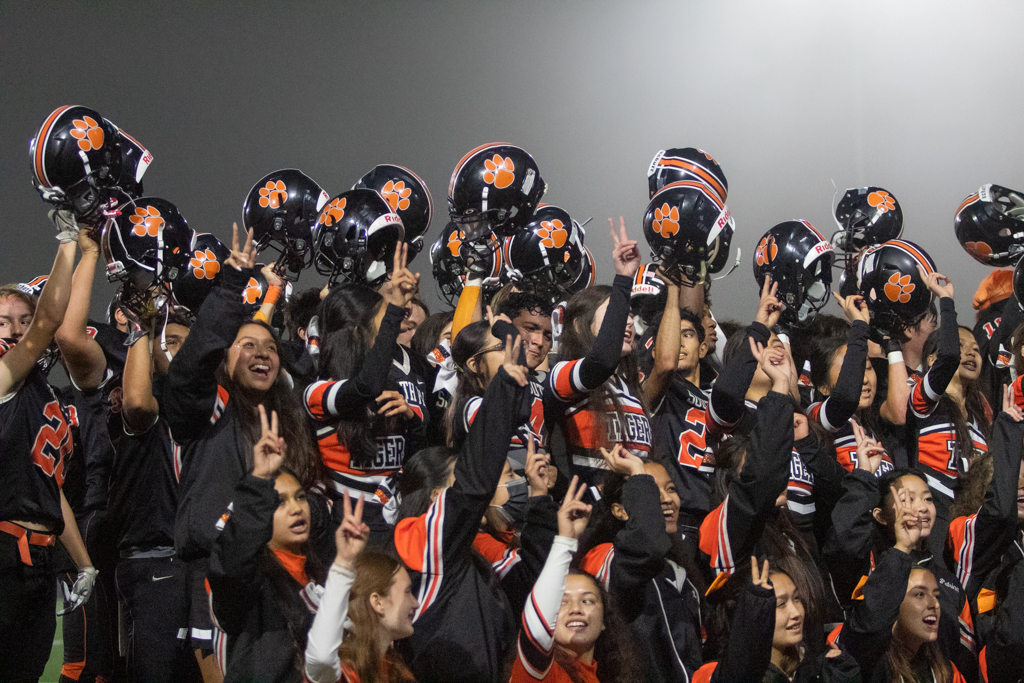 Head Coach Jeff Chi watched his players work hard in the weight room and at practices this summer, with the first football game of the 2022 season coming on August 19.

The South Pasadena football team is looking to build on its historic CIF run last season and compete for a Rio Hondo League title in 2022. Last year under the leadership of coach Jeff Chi, South Pasadena placed third in the league and reached CIF semifinals for the first time since 1977. Despite losing graduated seniors Jack Riffle and Noah Aragon, who played a critical role in the teams’ offense, South Pasadena is returning many key players as they look to form a new core in the 2022 season.

South Pasadena’s defensive prowess was an important component of their CIF run last year. The team will return many of their starters on the defensive side as they look to continue this success. Junior cornerback Luke Riffle aims to make the life of opposing quarterbacks as frustrating as possible, matching up against wide receivers. Senior linebacker Quinn Sterling led the team in tackles a year ago and is prepared to control the middle of the field for South Pasadena. Sophomore defensive end James Dowd is likely to see a more involved role this season as well.

“One of the biggest spotlights on defense this year is gonna be the defensive line,” Chi said. “We have many athletic huge defensive lineman this year which is going to help the defense stop the run and the pass. Dowd and junior Sawyer Fox at defensive end, and seniors Isaiah Cooper and Dylan Feak at defensive tackle, a lot of teams are going to struggle with that ability.”

On the offensive side, junior Jason Hong will be the starting running back and senior Jackson Freking will command the offense at quarterback. After seeing limited action last year behind J. Riffle and graduated senior Alexander Gonzales, Hong brings strength and physicality to the running back position. Freking started one game last season in his junior year. Senior wide receivers Richard Conti and Nick Eshom will be pivotal targets for Freking, while seniors Ivan Becerra and Aidan Marrujo and junior Thomas Carter will work on the offensive line to protect Freking and open up the running game.

“[Hong and Freking] have been working really hard during the summer time and we’ve seen them improve so much,” Chi said. “I think come season we’re going to see what they have to offer to our team. They’re ready to fill the shoes of [J. Riffle] and [Aragon] pretty well and hopefully they’ll be consistent in doing so. We just want to make sure that they’re healthy and able to play the whole season.”

The team has been training throughout the summer to develop the continuity and physicality they need for the season.

“We’ve been hitting the weight room pretty much every day, from Monday through Friday, and practicing for the past two weeks and throughout the summer as well,” Chi said. “They’ve invested so many hours during the summer and I hope all the work they put in will pay off and the success in the season will come and the individual accolades as well.”

With its first league game coming against Monrovia on September 30, and its highly anticipated rematch with rival San Marino coming at the end of the schedule on October 28, South Pasadena looks forward to the approaching season and is eyeing the win column.

“We have a lot of other kids who have been working during the offseason and I think physically they’re up to the challenge,” Chi said. “As a community and as a school I hope that everyone comes out to support them and cheer them up and hopefully they will deliver exciting games and a lot of wins too.”

South Pasadena will open its season in a home game against Lincoln High School on August 19.