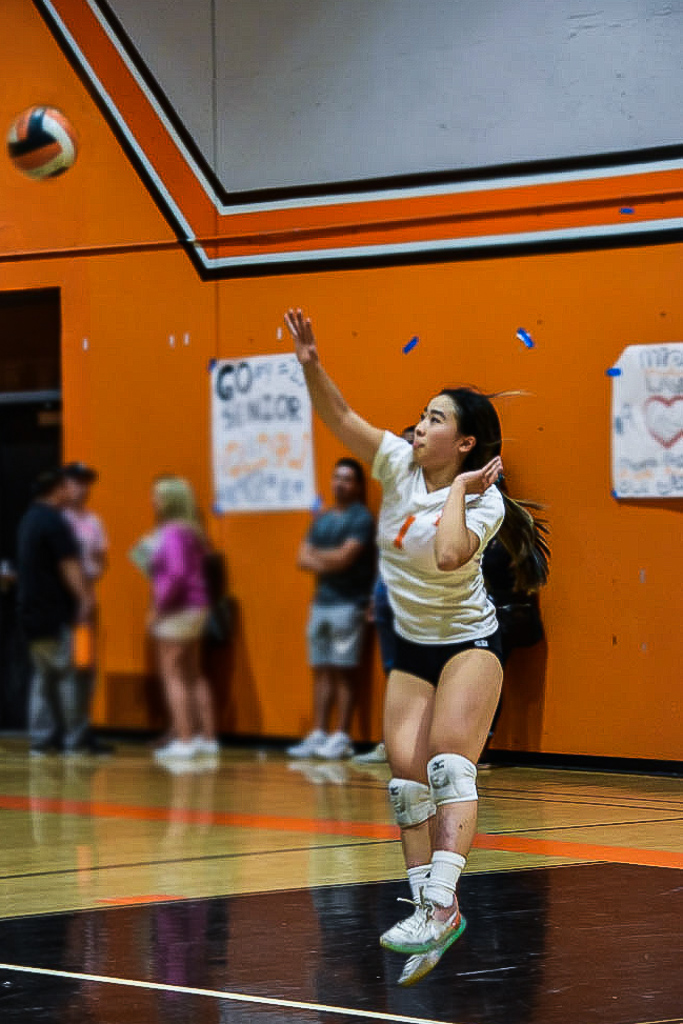 The starting libero, Hirano’s positive attitude has made her the team’s energizer and leader.

Junior Lindsey Hirano is the engine that keeps the girls varsity volleyball team running. With Hirano playing the key role of libero, girls volleyball has cruised to an undefeated league title and made its first CIF semifinals appearance in school history. Hirano’s mastery is seen through her pinpoint passes and game-saving digs and her leadership has also been crucial to the Tiger’s historic season.

Volleyball has not always been a part of Hirano’s life. She was set on playing soccer throughout high school, but her sister’s involvement in volleyball prompted Hirano to follow in her footsteps. She tried out for the San Gabriel Elite Volleyball Club (SGE) in fifth grade and immediately displayed a natural affinity for the sport.

Six years later, Hirano has become one of the best players in the San Gabriel Valley and plays volleyball year round for both South Pasadena High School and SGE. The libero position requires speed, quickness, and swift reflexes. Hirano has all of these qualities, earning her a starting spot on the varsity volleyball team in her freshman year.

“The libero position is so underappreciated, because it’s normal for them to dive for balls and risk injuries,” sophomore Kennedy Taylor said. “And usually the hitter has the last play, so the passers and the hitters don’t get recognition for the necessary pieces of the play.”

This season, Hirano has always given her all on the court, be it in a summer preseason tournament or during the CIF semifinals, and her commitment has reaped plenty of benefits. She led the Tigers to a 33-7 season and in CIF Regionals, she averaged 22.3 digs a match, constantly keeping crucial rallies alive.

While excelling as a libero, Hirano also plays the role of ‘quarterback’ on the volleyball court. Her voice is often heard in the back row, coordinating plays and preventing dangerous miscommunications.

Hirano’s teammates have benefited from her infectious energy, which fosters a safe team dynamic.

“Lindsey is a really supportive teammate. She’s always there for you when you are feeling down and never makes anyone feel sad when they messed up,” junior Lexi Schroeder said.

With Hirano’s help, the girls volleyball team is headed to the Division II State tournament. The Tigers will play next on Tuesday, Nov. 12. Amid the chaos, Hirano will remain a pillar of positivity, ready to lead South Pas to victory.