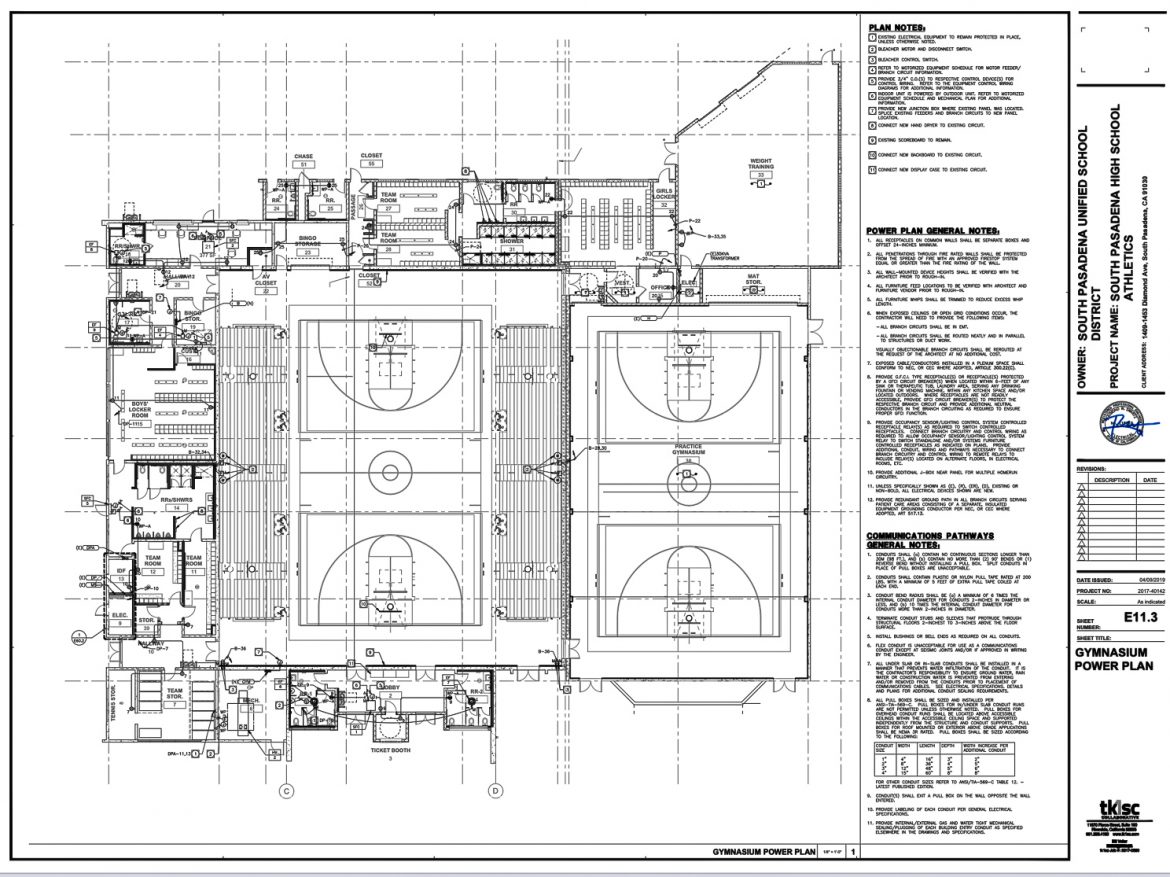 SPUSD’s construction plan will close off the main gym, courts and locker rooms until its completion next year.

SPUSD approved construction for the new SPHS athletics unit during a SPUSD board meeting, scheduling the beginning of remodeling for Nov. 18 of this year. SPUSD’s construction effort aims to update the SPHS main gym floors, paint job, and indoor bleachers, in addition to the construction of new basketball and tennis courts.

The main gym will be the primary focus of the SPUSD construction effort, with plans to replace its bleachers and locker rooms as part of the floor’s renovations. Other gym additions include the creation of new team rooms, along with remodeled locker rooms and bathrooms.

Outside of the gym construction, the ticket booth and the new outdoor basketball, tennis and handball courts will be remodeled. A new exterior building will house the athletic trainer and a film room for team use. SPUSD also plans on replacing the Roosevelt Field visitors’ bleachers and adding a new field house near the baseball field.

The project is expected to take about 10 months, with a goal of completion  by mid-August of 2020. With the inconvenience of the construction starting close to the middle of the school year, the demolition will interfere with some school sports, classes, and extracurriculars.

The boys tennis team will commute to an off-campus location to practice and host games on SPHS’ tennis courts during construction. Other schools athletics teams, such as boys volleyball, boys and girls basketball and co-ed badminton will be unable to use the locker rooms and both gyms due to its upcoming demolition.

SPUSD plans to host athletic competitions at the middle school and team practices until construction is complete. The P.E. department has shifted its focus into getting students dressed in the bungalows and utilizing their time in the gym before the Nov. 18 construction date.

“To me, what is important is that the gym is used by sports as well as activities, like the farewell assembly and how that’s going to be transformed into something different because of this,” Luna said.

Activities such as Tiger Bingo have already been relocated to the SPMS gym. The Booster Club is planning on moving Bingo back to the high school gym once the construction on at SPHS has concluded.

The athletics project is expected to be completed in time for the 2020-21 school year.