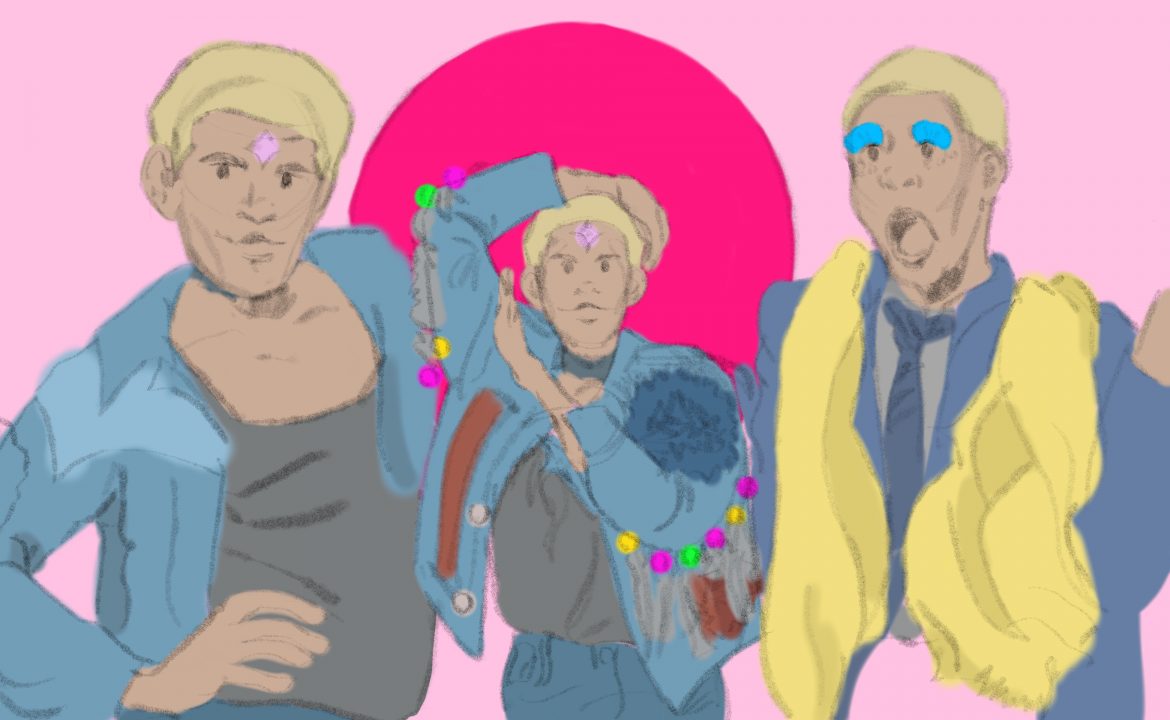 Jamie's brilliant performances make up for its surface level writing.

After two years bereft of live entertainment, the Ahmanson Theater returned on Sunday, Jan. 16 with the North American premiere of the British musical Everybody’s Talking About Jamie. The story of a 16-year-old boy in Sheffield, England dreaming of becoming a drag queen plays at the Ahmanson until Sunday, Feb. 20. A thoroughly-enjoyable romp, Jamie is lively fun, although the production’s substance does not often match its style.

Jamie New (Layton Williams) is a high-schooler preparing to graduate and move onto the next chapter of his life. While his schoolmates are preparing to settle into their acceptable societal roles, he yearns to be a drag queen. Within this struggle, Jamie desires to don a dress to prom. To accomplish this goal, he enlists a faded drag star, Hugo aka Loco Chanelle (played by actual drag queen Bianca Del Rio), and his mother, Margaret (Amy Ellen Richardson) to assist in his transformation. Not everyone is so accepting of Jamie’s goals, like his homophobic schoolmate, Dean Paxton (George Sampson, doing his best with a one-note villain) who vows to stop Jamie from attending the prom.

There are plenty of reasons to gripe about the show, but Layton Williams is not one of them. Despite Jamie’s flaws as a character, Williams soars portraying him. Not only is he a true triple threat, he does it all in sparkly red stilettos. Amy Ellen Richardson is equally terrific playing Jamie’s mother, Margaret. Her second-act showstopper “He’s my Boy” showcases phenomenal vocal control, including soulful belting and a lovely head voice.

Jamie’s choreography is another bright spot. Choreographer Kate Prince’s energetic routines imbue hip hop and more contemporary styles into the bright, poppy soundtrack by Dan Gillespe Selles. However, this ebullient dancing feels out of place in some of the more somber moments in the show. For example, “If I Met Myself Again” is an introspective song when the mother laments her past relationship. This slow ballad is incongruously coupled with sharp and modern tricks and flips.

The issues with Jamie originate from the superficial and flimsy script. Primarily, there is little to no central conflict. The cruelty of the villains is lessened by the fact that they have no influence over characters or their actions. Although New’s attempts to make his father proud affect his character growth, the majority of the character’s arcs remain stagnant. For example, primary bad guy Paxton physically and emotionally abuses Jamie. But Paxton has a relatively low social standing and Jamie has the entire school rallying around him. Thus, any potential interpersonal conflict disappears when neither Jamie nor his mates seem to care what Dean thinks. Additionally, there is no stage time dedicated to fleshing out the villains. A single Dean solo could have cleared up any possible qualms with the lack of character depth.

Beyond the trappings of volatile and self-centered young teenagers, Jamie himself is relatively shallow. The audience understands that New wants to make his father proud, after feeling he has disappointed him after coming out. But the show never explains why Jamie feels drawn to drag in the first place, beyond the basic enjoyment of the act itself. This is unfortunate considering the voluminous selection of shallow Jamie solos about his wants, without delving into why he wants this career.

Looking at the totality of the piece, it is easy to forget the tonal inconsistencies and flimsy character moments because Jamie is so much fun. While the premise is ubiquitous — numerous musicals have incorporated drag queens into the fabric of their plots — the shallow but sweet show is guaranteed to leave audiences talking, hopefully about Jamie.