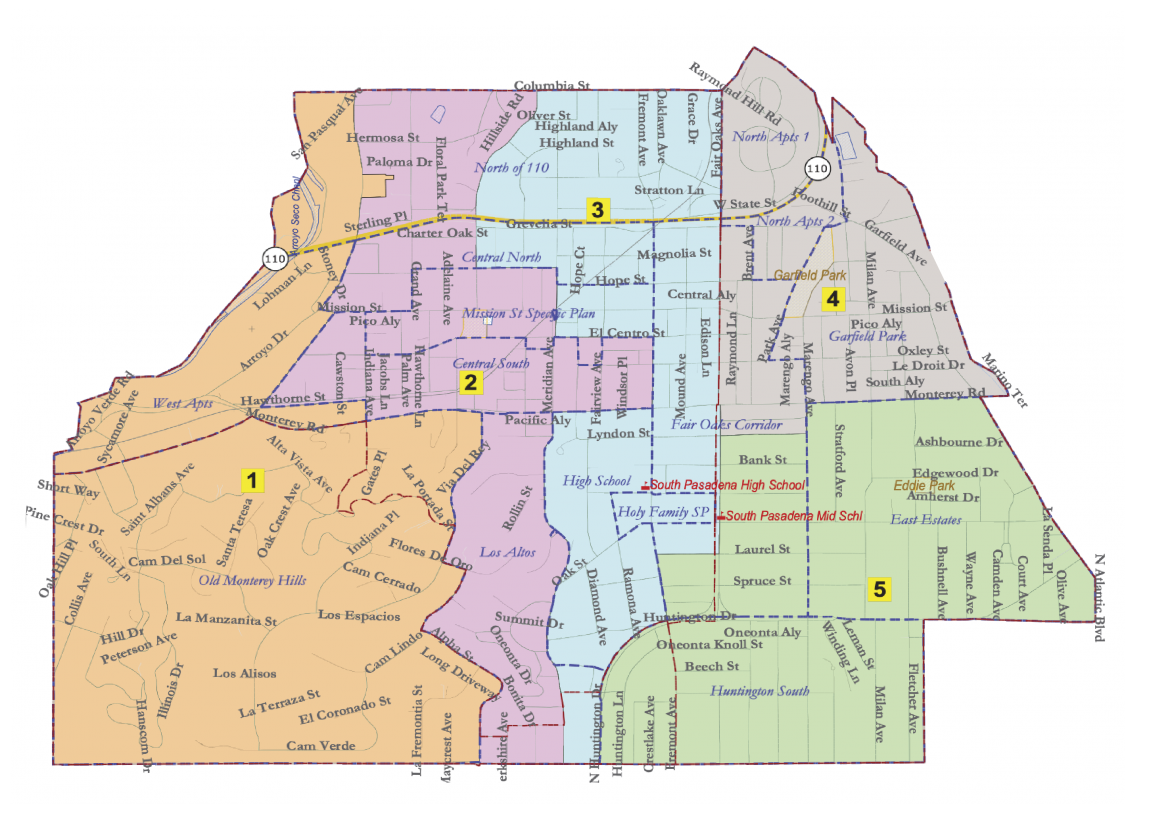 Calls of corruption ensued after District One was deliberately extended to include Mayor Bob Joe’s house just south of Paloma Drive so he could retain his seat.

The tenure of City Council members Richard Schneider, Michael Cacciotti, Diana Mahmud, and Bob Joe have troubled residents recently. Many have observed that the council members consistently rotate positions and remain in office unopposed as there are no term limits. Councilmember Cacciotti is in his fifth four-year term while Schneider will depart from the Council after serving since March 2007. Council members Mahmud and Joe follow with seven and nine years, respectively.

“South Pasadena needs new City Council members,” resident John Chee said. “Seeing the same people simply rotate positions and not give anyone new a chance doesn’t give me much faith in their decisions or actions.”

The City moved to district voting in 2017 following the threat of a lawsuit alleging that South Pasadena’s at-large elections disenfranchised Latinx voters. When drafting the voting district boundaries, the Council called for community input on four proposed maps in the form of public testimony and voting at City Council meetings. Each map was named after a different color, dividing the City into five different districts. One map, green, divided the City in a way that would allow the sitting City Council members to avoid running against each other.

The Council ultimately chose the “modified green map,” raising the public’s concern to possible gerrymandering because in it, District One, which includes Old Monterey Hills and the West Apartments, was irregularly drawn to include Joe’s Arroyo Drive residence.

“It was clear that [the green map] was designed in a way to keep [the City Council members] in the seats they were in,” resident Ron Rosen said. “Now, unless there’s a change made, we’re stuck with districts that don’t make a lot of sense. I think they should change to the blue map but they probably won’t because that means that [a City Council member] would have to sacrifice their seat.”

In the at-large School Board election, incumbent Dr. Suzie Abajian and former member Patricia Martinez- Miller won. The School Board is also moving to district- based elections following a similar lawsuit threat made in February 2020.