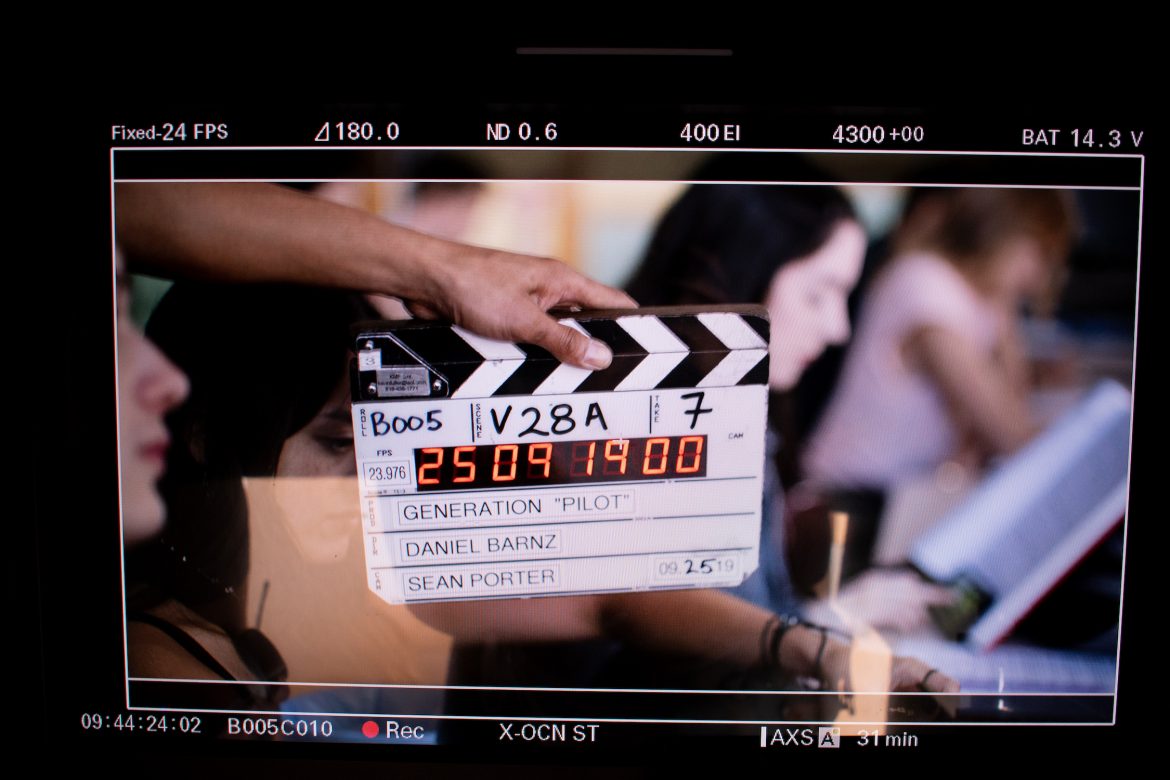 "Generation" highlights high school life and sexuality in conservative Orange County, and has been filmed at SPHS since Sept. 2019.

Filming of the Warner Brothers and HBO show Generation has continued on SPHS’ empty campus since late September 2020 after HBO picked up the the series’ pilot episode.

The contemporary drama focuses on Orange County high school students as they deal with sexuality and growing up in a conservative area. Generation features many first-time actors and is produced by actress Lena Dunham. The show will feature multiple parts of the SPHS campus, including the Fremont Avenue entrance and quad in front of the language building.

While filming on campus in 2019, nearly 250 hired extras showed up at SPHS to participate in scenes and for three days, students adjusted to blocked-off areas, repainted parts of campus, and restrictions on leaving the classroom. Remnants of the filming can still be seen on campus today, like the large tiger mural painted on the back of the auditorium.

Over the summer, the L.A. County Health Department cleared the film company to be on campus with strict precautions for the coronavirus. The crew members get tested at least once a week, everyone must stay six feet apart, and actors who are in scenes together are tested at least three times a week. Teachers who are working on campus are able to enjoy the filming crew’s food at lunch, but must fill out forms to be allowed near the set.

HBO currently has the freedom to film on the empty campus but if students return in January, even in a hybrid model, filming would have to stop immediately. Still, filming has proven to be disruptive for some teachers in their classrooms when combined with the gymnasium and roof construction.

“The trouble is the aggregate impact,” Spanish teacher Joshua Whitney said. “When construction trucks are beeping non-stop virtually all day; roofing materials smell like tar; fumes are wafting from the film crew’s generator into the classrooms; and there are hundreds of people on campus to film, it gets to be too much. Somewhere, there is a line where I want to say, ‘Enough. This is a school. The activity of teaching matters too.’”

While the filming is a distraction for some teachers, the profits that SPHS is receiving from filming on campus will be helpful in maintaining important school programs. According to Principal Janet Anderson, the bulk of the compensation money will go towards ASB and athletic transportation for when school resumes. Another portion of the money will be set aside for the school’s Summer Reading Program for 2021.

The film crew has paused their work at the front of the school and will recommence during Thanksgiving break.