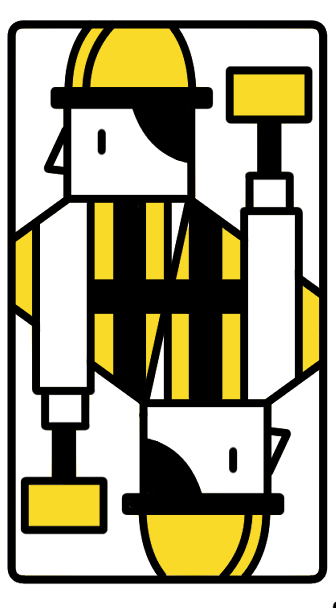 Capitalism is a system in which goods are owned privately by individuals or businesses. The production and distribution of these goods are determined mainly by “free market” competition. Whether or not this can be made ethical is up for debate.

America has always been, at its core, a capitalist country. From the stolen land that this country is founded upon to the slavery that built it, capitalist principles have been present from day one. Therefore, it is no surprise that most Americans see capitalism as core to their identity and are thus resistant to any suggestion of mass economic change. This is a problem, as capitalism in and of itself is inherently flawed.

A peripheral glance at the United State’s working class today paints a disheartening picture. If one were to ask a defender of capitalism how one finds success in America’s economy, the answer would likely follow the lines of “hard work will be rewarded.” Yet, this myth of an “American meritocracy” becomes more implausible by the day.

Over the last 50 years, the 200 percent increase in federal minimum wage has done very little to combat the more than 3,000 percent increase in average cost for healthcare and college tuition. This, in combination with the increasing automation of working class jobs, has created a positive feedback loop, in which those who can afford college tuition and stable healthcare are more likely to net high paying jobs, and thus able to pass down that wealth to the next generation. However, this also means that those who cannot afford a higher education are less likely to attend, and consequently have a harder time finding a job that would allow their children to afford college.

Furthermore, while a social democracy, which is often mislabeled as democratic socialism, may work to create a more equitable playing field, it doesn’t address the underlying problems of capitalism. Any large-scale implementation of capitalism ensures an oppressed and exploited working class. Under capitalism, any form of paid labor is inherently exploitative, as workers need to be paid less than the value of their labor to ensure profit. The positive feedback loops of capitalism extend beyond the struggles of the individual, as increasing monopolization has effectively worked to snuff out small businesses.

The idea that a form of “ethical capitalism” exists is also completely false. There are individuals (Elon Musk, Jeff Bezos, etc.) who alone have the money to end America’s homelessness crisis for a fraction of their total wealth, and choose not to. Moreover, by examining America’s history with capitalism, we can see that the implementation of child labor and minimum wage laws are the loose bandages on a gaping wound. Federal minimum wage is barely enough to survive on, much less live comfortably, and most large companies outsource the majority of their labor to countries with less strict labor protection laws in the name of saving money.

While proponents of social democracy may push for union rights and accessible healthcare, they are also defending a system that needs to be constantly reminded that workers deserve weekends and healthcare should be accessible to all people.

Social democracies also fail to address the fact that capitalism is antithetical to human nature. Large-scale capitalism is a relatively new phenomenon: it began to emerge after the Black Plague, as the smaller number of living workers meant that they held more power over feudal lords. Workers levied this power to receive direct pay for their labor as opposed to just receiving shelter. Capitalism, as we see it today, is a relatively new phenomena.

In his book Postcapitalism, author Paul Mason argues that over the last few decades, we have worked to dismantle patriarchal power structures, another facet of society that was long believed to be a product of human nature. The same lens needs to be applied to capitalism.

Given the current discussion of socialism and communism in popular media, it is very easy to fall into a state of capitalist realism, or the idea that capitalism is the only viable form of economy. This is often backed up with examples of so called “communist” countries, in which problems have been caused by U.S. interference, or said countries were not actually communist to begin with. But unlike communism, capitalism accepts oppression and forced inequality as a part of the natural world.