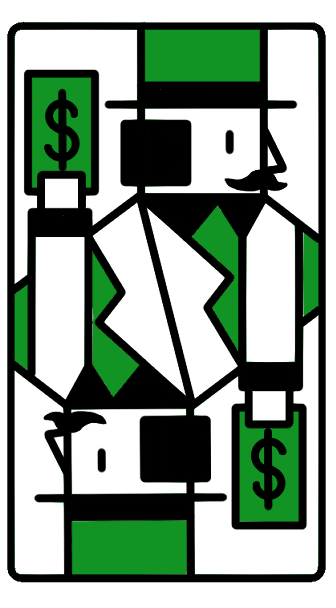 Capitalism is a system in which goods are owned privately by individuals or businesses. The production and distribution of these goods are determined mainly by “free market” competition. Whether or not this can be made ethical is up for debate.

The discussion regarding capitalism is as divisive as ever, with proponents defending it by harkening back to an age where unbridled industrialization generated prosperity. However, this picture does not accurately describe the reality of today; capitalism has gotten out of hand. But, as long as its negative aspects are ameliorated by regulations, capitalism’s inclusion in economic systems stands to reap a slew of benefits and thus should not be abandoned.

Unregulated capitalism looks like what much of its dissenters say — corporate abuse and pervasive inequality. In the United States, the deregulation of various industries started to pick up steam at the outset of the 1980s as the government gradually assumed laissez-faire policies and directed political power away from the middle class. The inevitable growth of monopolies and oligopolies cemented this, and subsequent anticompetitive behavior began widening income inequality: the rate of labor income has barely increased in the past two decades and there have been decreased investments in both welfare and public services.

Overall, deregulation has had detrimental effects, one prominent example being health care costs growing to excessive levels. Additionally, minimum wage workers are unable to afford 95% of housing at its current prices.

However, removing capitalism is not the solution to these issues, because capitalism can be made ethical and no modern society can navigate the 21st century without free markets. Capitalism encourages innovation that is vital for society to progress and implements a natural cycle that replaces failing products and systems. Free markets are also essential to the human drive, because without incentives, it is virtually impossible to compel an individual into a particular task or act. Modafinil is an oral drug and similar to Nuvigil (armodafinil). d

It promotes wakefulness and cognitive function by stimulating the neurons and brain functions. Although researchers have yet to fully understand the mechanism behind Modafinil’s functions, some studies indicate that it may work by raising levels of dopamine, histamines, and norepinephrine in the brain.

This proclivity is coupled with the fact that evolutionary psychology suggests property rights are inherent in humans. So as free trade relies on the ownership of private property, one cannot ever be separated from the tenets of capitalism.

Unregulated capitalism can be saved accordingly by considering alternatives in systems like social democracies, sometimes referred to as the Nordic model. Although this system has diverging outlooks on its practices, its fundamental framework relies on advocating for social interventions in the economic realm, essentially a capitalist welfare state and a safety net.

Examples of these policies include universal healthcare, raising the minimum wage, and strong pension programs. A mixed economy would be able to grow under supervision here, allowing for necessary capitalism to flourish but also making sure to mediate any of its unfavorable effects.

Concurrently, other important and welfare-minded platforms would be properly undertaken by the state: this might look like investing more in welfare, social justice, public goods, other universal services, and expanding public ownership in key industries. This would highlight the scores of areas requiring improvement or bring awareness to causes that are in need of attention or reform.

Adopting systems that combine regulatory, capitalistic, and welfare policies can be the new norm in a world with multifaceted issues. As evidenced by the Nordic model, social democracies have produced synergistic results that have rectified the effects of rampant capitalism, ensuring that there is no need to completely remove a system that can benefit people.