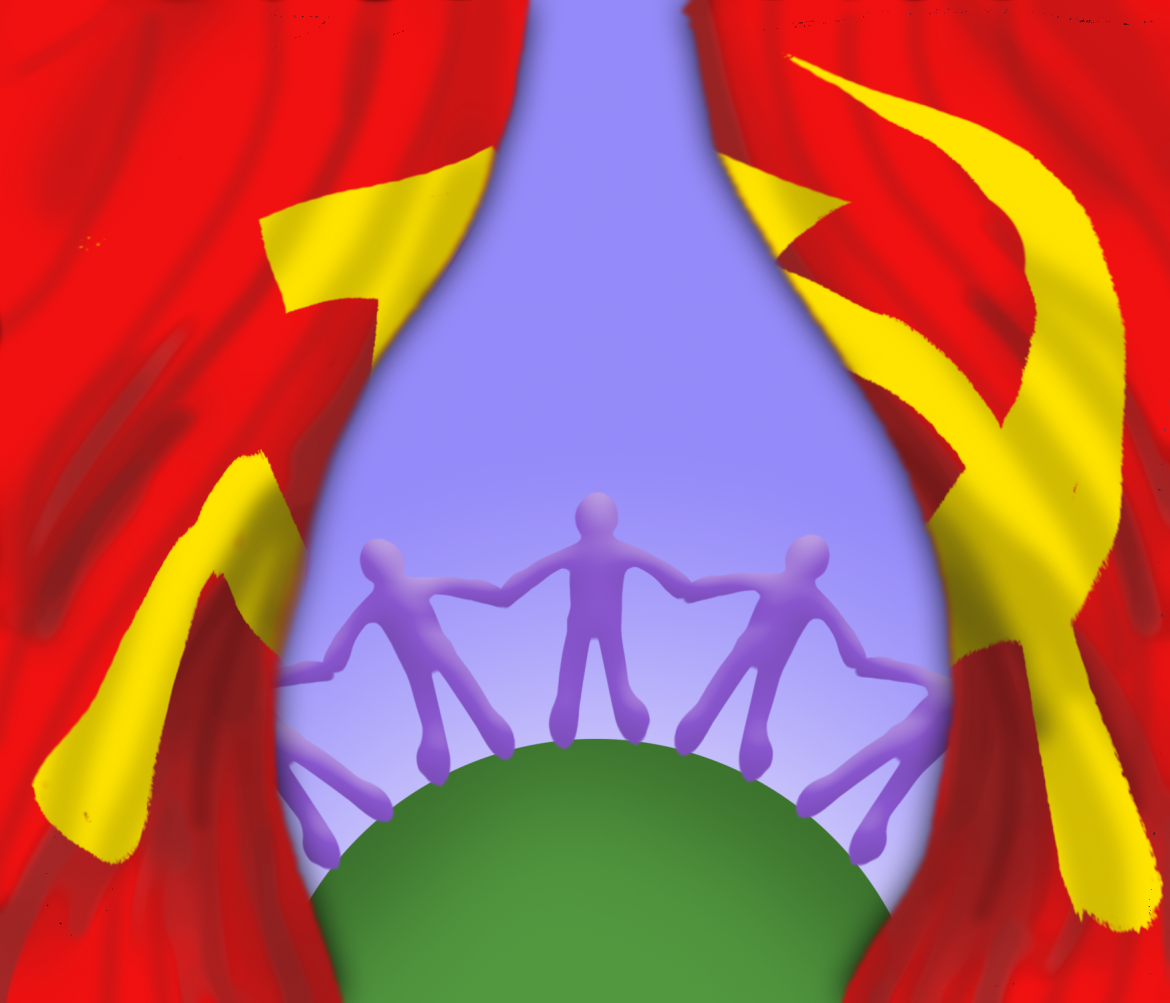 Schools need to reverse "Red Scare" indoctrination that has conditioned Americans to denounce anything different from status quo capitalism.

It is no secret that communism and socialism, while certainly less demonized than before, remain taboo topics amongst most Americans. Throughout United States history, especially during the better part of the 20th century, anti-communism has permeated both national and international politics, and consequently, our culture.

The political right often employs buzzwords like “Antifa” and “socialism,” either in an attempt to discredit a movement or because they are simply uneducated. A prominent example of this is labeling current democratic nominees, Biden and Harris, as Marxists. However, on the other end of the political spectrum, the supposedly educated liberals also possess incorrect understandings of what communism and socialism are. This is because everyone, regardless of political affiliation, has been conditioned to see any alternative to capitalism as an objective wrong.

There is such great irony in how most Americans view countries like North Korea and pity their brainwashed citizens when similar, though admittedly less extreme, methods are used in the United States. Americans have been spoon-fed anti-communist sentiment throughout their entire lives, especially in formal education. Even in a supposedly non-biased classroom, there are still requirements from the state that dictate what curriculum must be taught. History classes are often a compilation of misconceptions, encouraging unexposed minds to equate these economic systems with oppression and authoritarianism.

In contrast, capitalism is when the means of production are privately owned and controlled. Many, including well-meaning defenders of socialism, first think of the fire department or social security when looking for examples of socialism. However, these are merely social programs that exist within a capitalist framework.

Definition alone demonstrates that communism is not when the government controls everything, nor is it inherently authoritarian. To clarify, Cuba is not communist, and neither was the U.S.S.R, as neither achieved any of the prerequisites of being a classless, moneyless, and stateless society. In addition, Venezuela is not socialist, as a majority of its economy lies in the private sector.

In defense of those with misconceptions, the world has never seen a true communist society, and therefore have nothing to accurately equate it with. But, this is not because socialism and communism are disastrous by design. Failed communist societies can be accredited to a Marxist-Leninist approach and/or U.S. intervention in left-wing revolutions and democratic elections that appoint leftist leaders, as shown in the assassinations of Guevara, Goulart, and Mujica.

If the United States wishes to break this cycle of brainwashing, the culture as a whole needs to shift. Educators and adults alike should be encouraging the next generation to think critically in order to challenge standard beliefs. Part of that means applying similar pressure to our current economic system and abolishing the arbitrary belief that capitalism lacks massive issues.

For example, almost 80 years ago, the U.S.S.R., a country associated with the economic theory of communism, experienced a man-made famine that killed anywhere from 3.5 to 7 million (with some estimates going higher). As critical thinkers, we can simultaneously acknowledge the suffering and deaths of those people, whilst recognizing over 3 times that many Americans didn’t have enough to eat just last week.

SPHS hosts virtual Back to School Night for parents