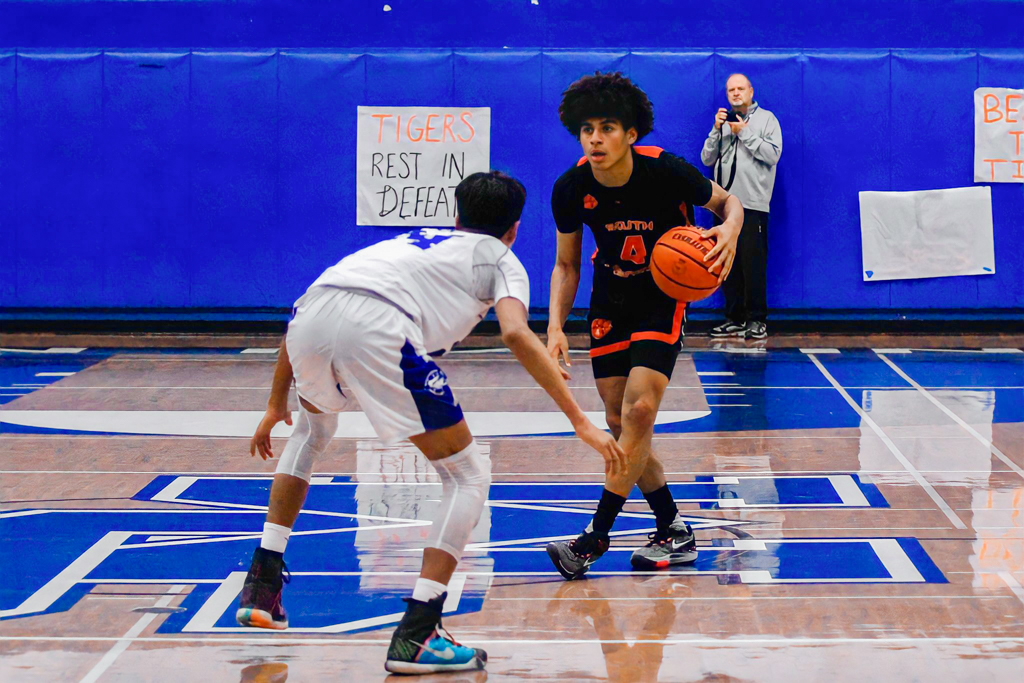 Boys basketball plowed past San Marino in a score of 84-69 in a highly-anticipated away game on Wednesday, Jan 18. Maintaining a strong lead from the beginning, the Tigers dominated the Titans through efficient shooting and tough defensive play.

A long pass from Martinez to senior shooting guard Finny Ho assisted an easy three pointer from the corner. The Tigers’ knack for weaving through the Titans’ defense played a large role in their victory. The first quarter finished 22-13, with South Pas in the lead.

The second quarter began slowly for the Tigers but the defense remained strong with blocks by Williams and Ho. Senior point guard Nick Chabot, with an assist from Martinez, knocked down another three pointer, boosting the lead. Martinez proved to be a playmaker for the Tigers, setting up his teammates with open shots. Sophomore guard Oni Balogun contributed points through two successful foul shots, and Martinez made a difficult three point shot at the half court line. These shots lifted morale as the Tigers regained their footing just in time for the third quarter. Heading into halftime, the Tigers led 36-29.

Hitting their stride in the third quarter, South Pas continued to dominate San Marino. Despite missing the home court advantage, the Tigers’ spirits remained high with a ten-point lead. The Titans attempted a mid-game comeback, however, a Titans’ shot resulted in an airball which fell into Williams’ arms. Pushing the ball down the court, Williams made a transition three, widening the lead. Martinez continued to assist with long passes to Chabot, who swished consecutive three pointers. Chabot’s sharp shooting put San Marino in a deeper hole late in the third quarter giving the Tigers a comfortable 14 point edge.

The Titans finally got into a groove in the final quarter, going on a six point run. Balogun countered San Marino’s efforts and managed to break through their tightened defense with two quick layups. The Tigers preserved a substantial lead throughout the final quarter with Ho making two consecutive three point shots.

“I thought we played great. Defensively, our guys did a good job of locking in,” Coach Ernest Baskerville said.”

The Tigers will face Blair on Monday, Jan 23 at home.