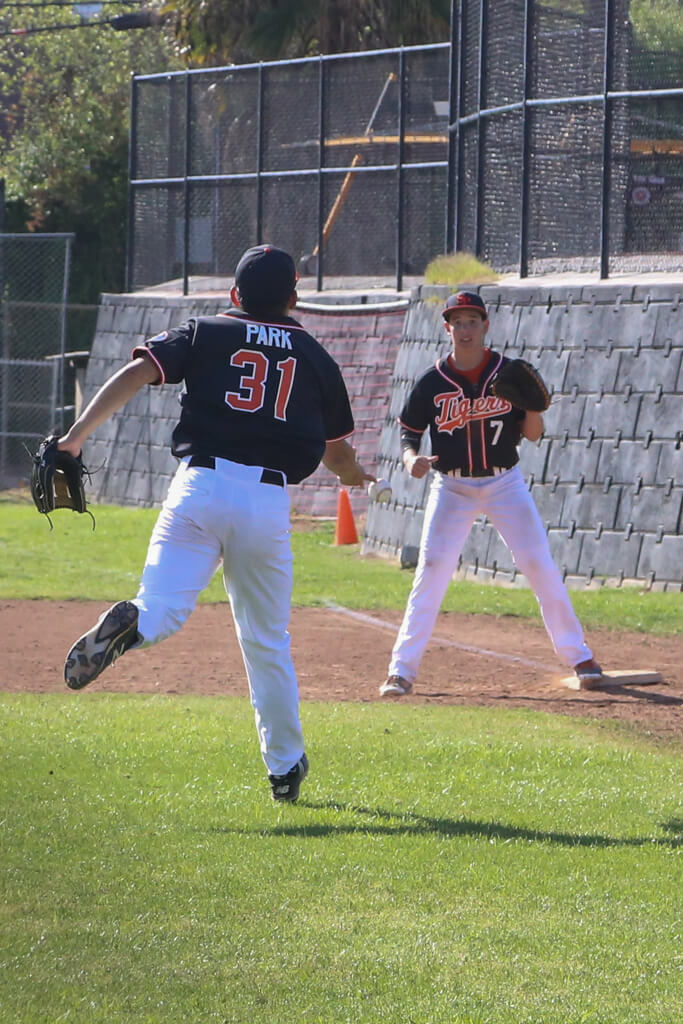 Varsity baseball suffered its second loss in league after falling short against Temple City on the Rams home field on Friday, March 24. The Tigers displayed a strong opening performance to generate a 4-2 lead but fell short after a late Ram comeback for a final score of 6-4.

South Pas began the first inning with a promising start. Leadoff batter junior Zach Howorth made an instant impact in the game with a double on the second pitch of the game. He would come home a few pitches later off of sophomore Dylan Benton’s RBI single for the first score of the game. Senior Kevin Park would make his way home as well off of junior Matt Walker’s RBI for a 2-0 lead in the inning.

Temple City responded quickly with one of its players singling then stealing second base. A ground ball double by the next Ram batter brought Temple City home for the team’s only score of the inning.

Moving forward, the Tigers were struck by an offensive drought by either striking out or hitting pop flies to the outfield. This would drag on for South Pas throughout the second and third inning, giving the Rams a chance to tie the game at 2-2 in the bottom of the third.

South Pas would finally get on base in the fourth inning off of a Walker single, followed up by senior Inesh Rathi walking to first base. The Tigers took advantage of the pitcher’s mistakes and senior Jacob Luevano doubled in Walker and Rathi for a 4-2 lead.

The fifth inning was met with similar results as the second and the score remained at 4-2. Heading into the sixth inning, South Pas seemed poised to chalk up insurance runs in the game until a double play by the Rams cut its hopes short. Temple City followed up its defensive performance with a similarly explosive offense, loading the bases and bringing four runners home against the Tiger defense.

South Pas tried to respond in the seventh inning by getting senior Kyle Ninomiya and Park on base but couldn’t close the distance between second base and home and fell 6-4.

Now 0-2 in league, the team looks to bounce back against the Monrovia Wildcats on March 28, away.