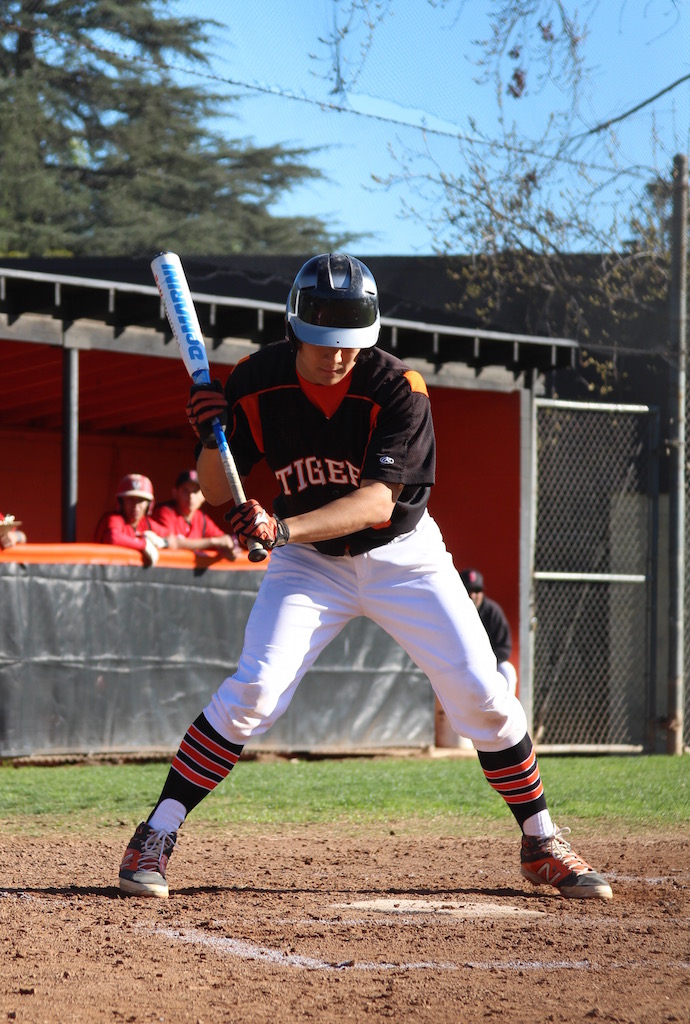 The varsity baseball team’s preseason debut in 2017 was highlighted with a dominant 14-3 performance against Polytechnic High School on the Panther’s home field on Tuesday, February 28.

Although the Tigers had similar preseason success in the past seasons, the win helps build the confidence of the program under a new head coach, Chris Cortinez. South Pas did not let down in the contest as the Tigers seemingly took over the field and dominated.

Heading into the matchup, Poly and South Pas took the field looking for any advantages over one another in the first inning. Although solid hitting from senior Kevin Park and junior Matt Walker put the Tigers in ideal position to score, Poly quickly wrapped up the inning, leaving South Pas scoreless. The Panthers’ offense in the first inning did not make any headway against the Tigers’ pitching as both teams stayed scoreless.

South Pas fired back in the second inning after junior Edwin Espinal got the first RBI of the game off of a double, followed by a Panther error. Junior Jackson Totleben capitalized on the error and came home off of junior Isaac Luevano’s single for a 2-0 lead.

South Pas continued to pressure Poly’s bullpen with two additional runs in the following inning to build a 4-0 lead. It wasn’t until the fourth inning, however, that the Tigers would secure the win after scoring seven runs. With Poly’s pitcher throwing at least 10 consecutive balls, South Pas used the Panther’s mistake to their advantage by loading the bases with runners. The Tigers scored several runs in a strong rally once several players were in a strong scoring position.

Poly managed to get on the scoreboard with three runs in the the bottom of the fourth after bases were loaded. This would be the Panthers’ only offense they showed for the rest of the game. The Tigers held a seven run lead, and Poly could not muster any further momentum, leading the Panthers to be mercied in the fifth inning by a final score of 14-3.

The Tigers hope to maintain their newfound offensive momentum heading into a home game against St. Bernard on Friday, March 3.