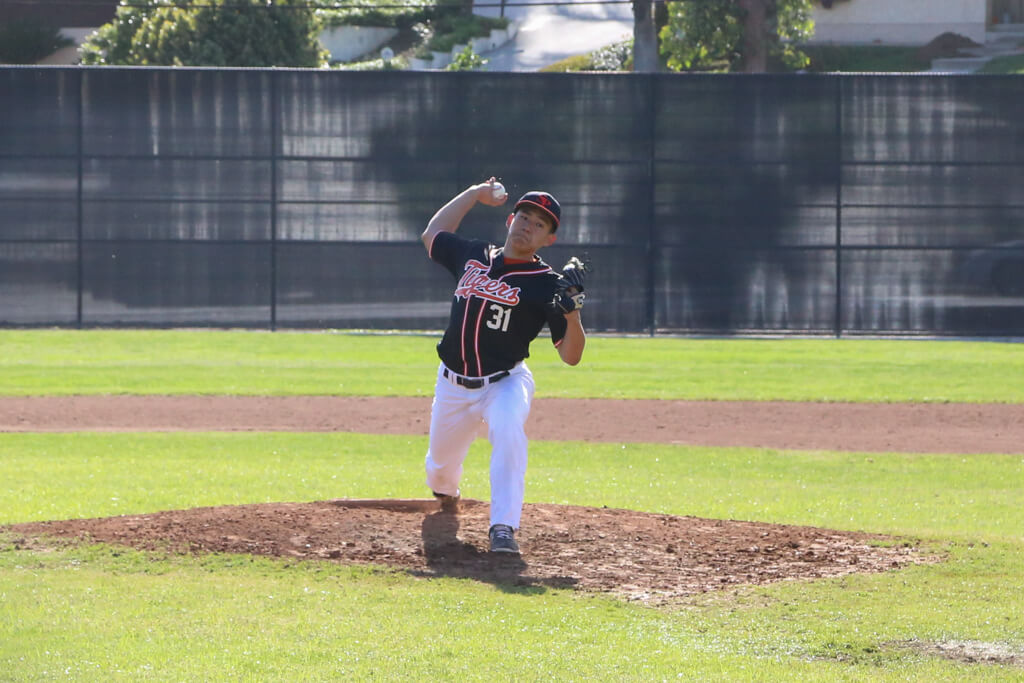 Varsity baseball opened Rio Hondo League with a frustrating 5-2 loss to school rival La Cañada last Wednesday, March 22 at home. Although the Tigers displayed a strong presence in the beginning innings, mental mistakes and poor play on defense led to the team’s downfall.

Senior Kevin Park opened up the game by shutting down the La Cañada bats. The Spartans were able to advance the runner to third base, but the Tigers managed to hold their ground and answer back on offense.

Offensively, South Pas found its groove almost immediately with junior Zach Howorth tallying a single, followed by senior Kyle Ninomiya lining out to first base and putting Howorth on third base. South Pas kept its momentum up with Park hitting a sac fly to bring Howorth home for the first score of the game.

The next two innings would generate scoreless attempts from both teams, as Park wrapped up both innings with very productive pitching and help from the outfield. Offensively, the Tigers had trouble finding the success they had in the first inning. Lockdown Spartan defense, coupled with a La Cañada double play in the second inning slowed the Tigers’ progress when at bat.

La Cañada began to slowly make progress in the fourth inning when a Spartan single, followed by an error, put the Spartans in scoring position. La Cañada would tie the game off of a line drive past first base allowed them to tie the game at 1-1.

The Tigers responded with another strong performance from Howorth, who singled and then stole second base. Park would be walked intentionally, putting junior Matthew Walker up at bat. After a few errant pitches, Walker managed to connect with the ball and brought Howorth home for a second time, giving South Pas the lead at 2-1 heading into the fifth.

Both teams would go scoreless in the fifth inning and move into the sixth, where mental errors and wild pitching would give the Spartans a 4-2 lead. La Cañada would add upon this with a sac fly in the seventh inning and the eventual victory at 5-2.
The Tigers hope to bounce back in their next matchup at Temple City on Friday, March 24.