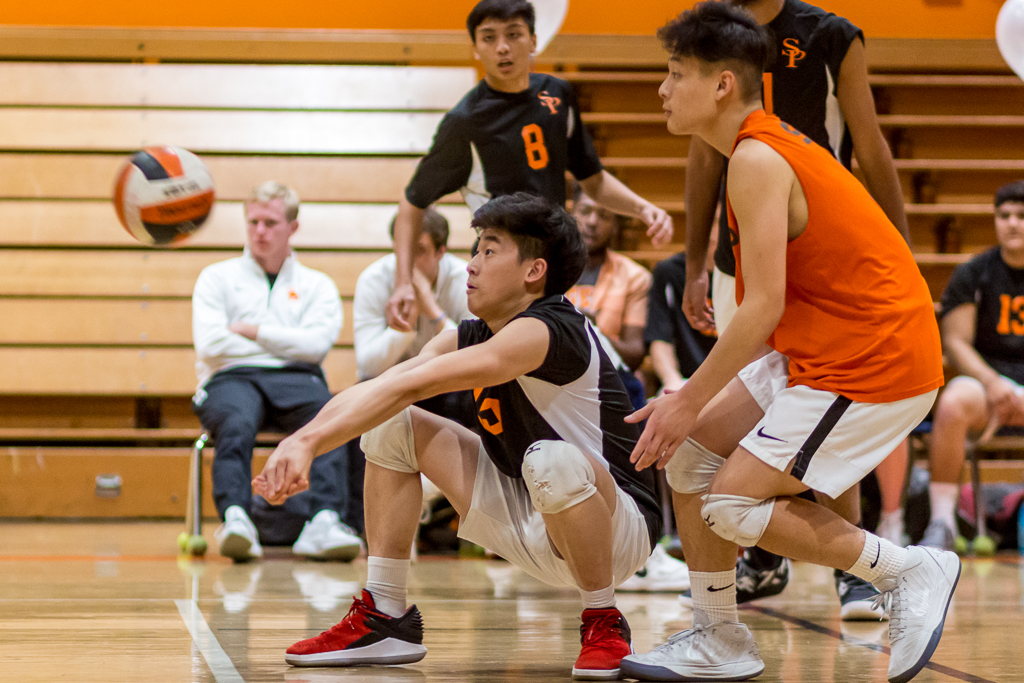 Boys’ volleyball scored an upset victory against rival San Marino on Tuesday, May 1. The 3-2 win for the Tigers brought them into the running of a four-way tie in terms of wins and losses between themselves, San Marino, La Cañada, and Temple City. Today, The Tigers faced the La Cañada Spartans in a tiebreaker match on Wednesday, May 2 that unfortunately ended in defeat for the team. 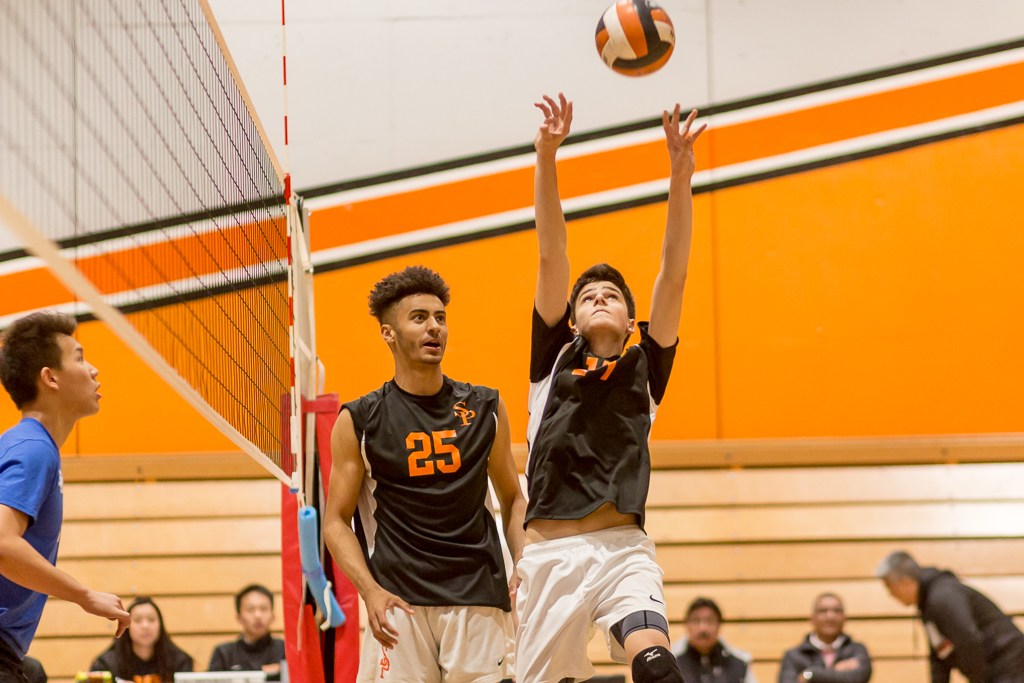 In the Senior Night matchup against the Titans, the Tigers got off to a slow start in the first set, but quickly gained energy, taking the lead from the Titans. Soon, the team gained a comfortable lead against its rivals thanks to kills from talented seniors Cole Schroeder and Maxton Lam. The Titans attempted to retaliate, but were halted by strong defense from junior Addison Hsiao. The set ended in a Tiger victory with a kill from senior Kanak Belgaum. Despite their early victory, the Tigers soon found themselves struggling in the second set. San Marino stepped up its game after its defeat and South Pas began to make costly hitting errors that put it behind the Titans. The team tried to pick itself up after these mistakes, but was ultimately unable to catch up to its opponents.

The third and fourth sets parallelled the first and second with the Tigers winning one, only to be defeated again immediately afterword. Strong serving helped to propel the Tigers to a 25-19 victory in set three, but the Titans immediately responded with a 25-21 victory due to skilled blocks. Thus it came down to the fifth set. The Titans initially had an edge over South Pasadena, but this did not last long. The Tigers pulled themselves together and took the set and the game, advancing to the tiebreaker. 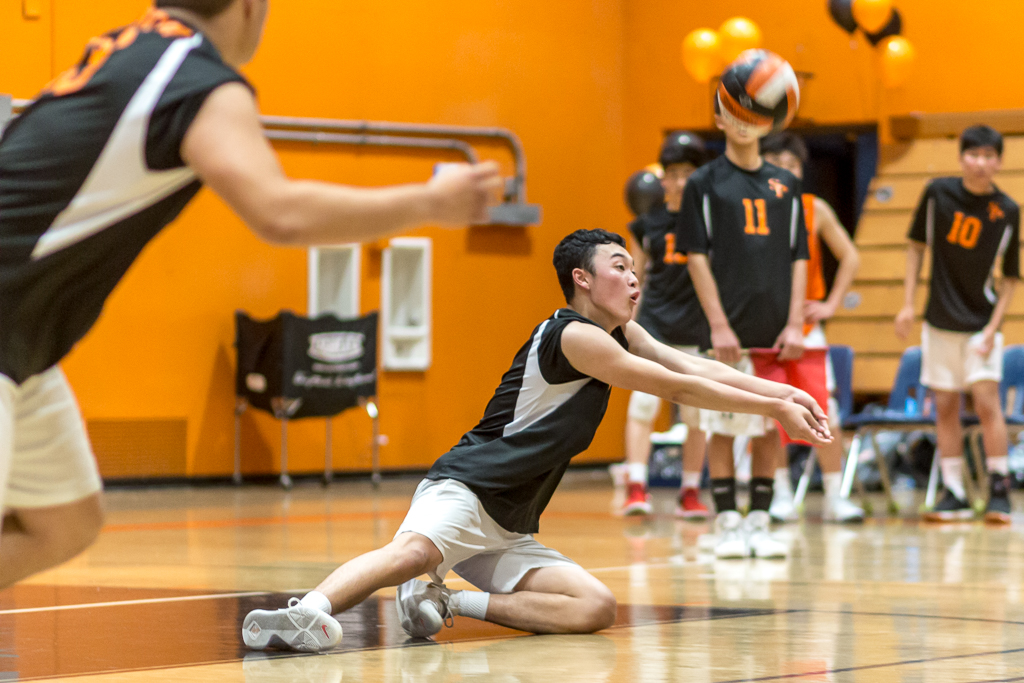 At Temple City’s court, the Tigers continued the battle for first place, suffering defeat at the hands of La Cañada. The Tigers started strong with blocks from senior Reno Goudeau and Belgaum alongside powerful spikes and blocks that slammed past the Spartan’s defense. However, La Cañada responded in turn and, through powerful spikes of its own, won the first set. In the second set, the Tigers attempted to get back into the game with team plays including a kill from Hsiao off of an assist from Schroeder. However, this was not enough to prevent the Spartans from coming out on top. 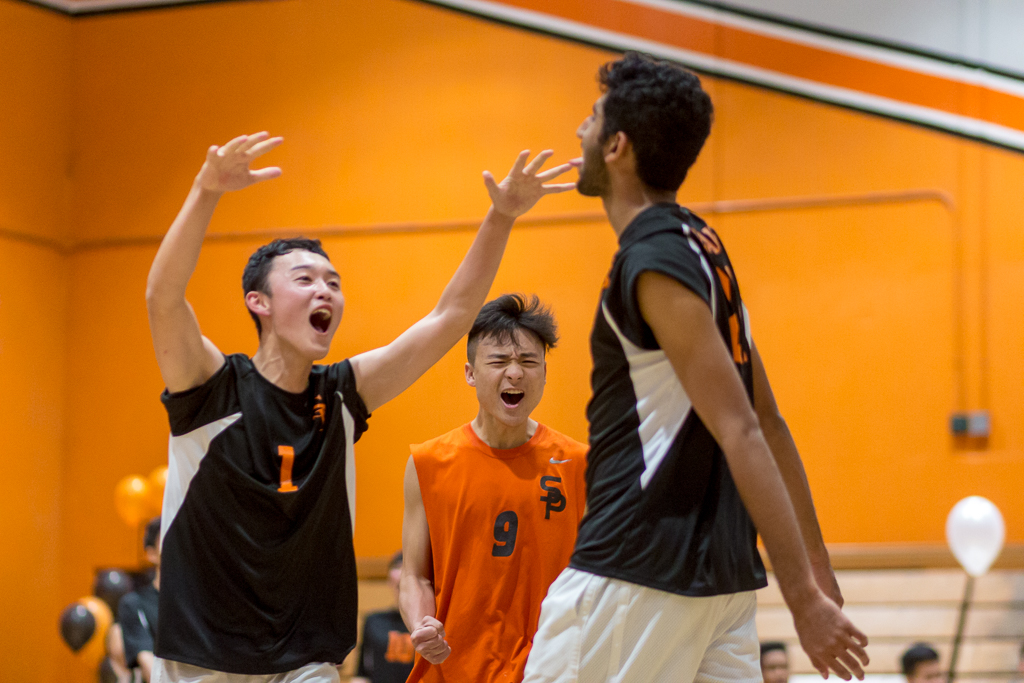 This concludes an uneven but ultimately satisfying league season for the Tigers. After a strong performance in the preseason, the Tigers struggled to find success in the early games of the season. The turning point came when South Pas enjoyed a comeback victory against the Spartans on April 12, which brought the team back into CIF contention. The Tigers remained competitive until the end, but the match against La Cañada tragically cut their season short and brought them to a fourth place finish in Rio Hondo.