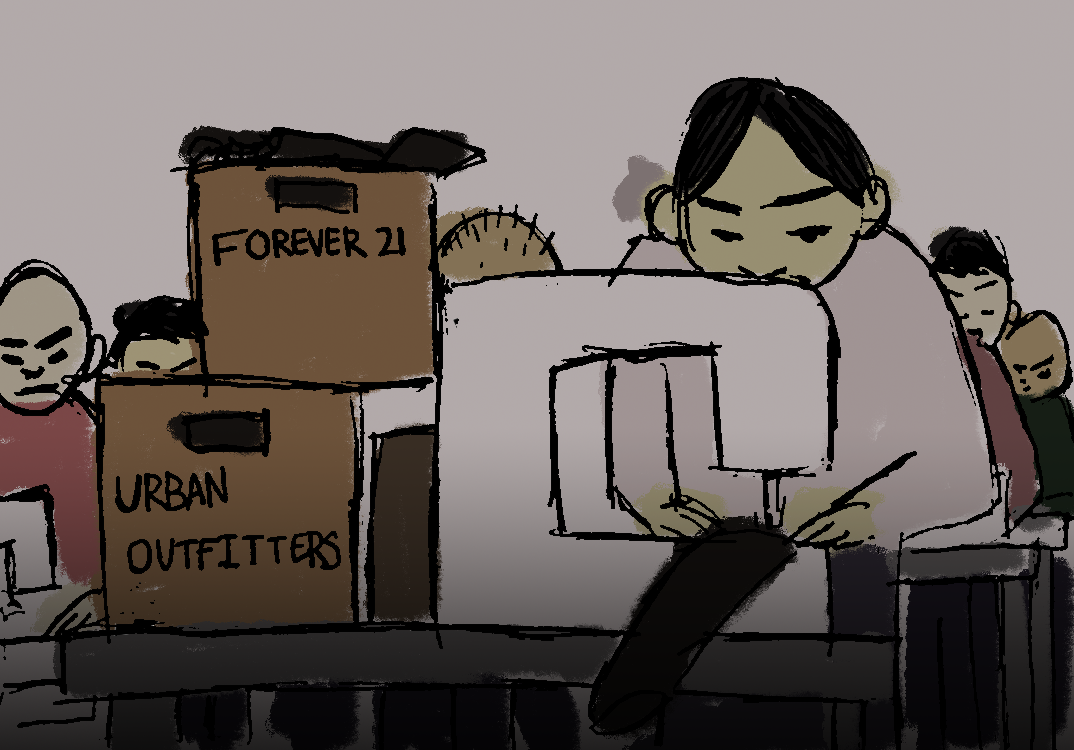 Corrupt clothing brands such as Brandy Melville, Forever 21 and H&M exploit their workers, exacerbate global pollution issues, and illegally and insensitively use the works or cultures of artists and minorities in their products.

Walking into Urban Outfitters as a prepubescent teen felt like a daydream. In middle school, I never would have imagined finding a single clothing item there that wasn’t absolutely perfect; I basically wanted to live inside the store. But who could have blamed me? All of the YouTube beauty gurus I subscribed to raved about it, and many of them also posted #smexy selfies in all of the trendy brand’s clothes.

Unfortunately, like many other influential and popular teen brands, Urban Outfitters quite frankly is an unethical company.

The company has been freeloading off of other people’s cultures since the early 2000s. In 2012, the Navajo Nation sued them for trademark infringement after they released a line of products using the tribe’s name and symbols to turn a profit.

Other similarly corrupt clothing brands include Brandy Melville, Forever 21 and H&M. Brandy Melville has repeatedly stolen struggling artists’ work without their consent and has never given them any credit whatsoever or apologized. Forever 21’s clothes are mostly produced in Bangladesh, where it’s workers make 12 cents per item produced. To put that in perspective, a worker would have to make 67 pieces of clothing in order to make $8.00. H&M has faced repeated allegations of neglect towards workers’ rights across its sweatshops in various third world countries.

The sad truth is that even though most people know how horrible these companies are, the same people still give them their undeniable support. Especially now, while people are striking school for climate justice, many of them are also continuing to support the second most polluting industry in the world: fast fashion. This is quite ironic considering that these same young people calling out the government and large corporations are not considering the environmental impact of their very own shopping habits.

The replacement for supporting these unethical clothing companies is shopping second-hand. And while consumers need to be aware of the space they take up in thrift stores, since they were designed for low-income individuals, second-hand shopping is — and always will be — a more ethical and sustainable option than supporting fast fashion. It’s unfair for these companies to get away with exploiting their workers in third world countries and profiting from other peoples’ cultures at the expense of the environment. In order to properly call them out for their actions, consumers need to boycott them altogether.