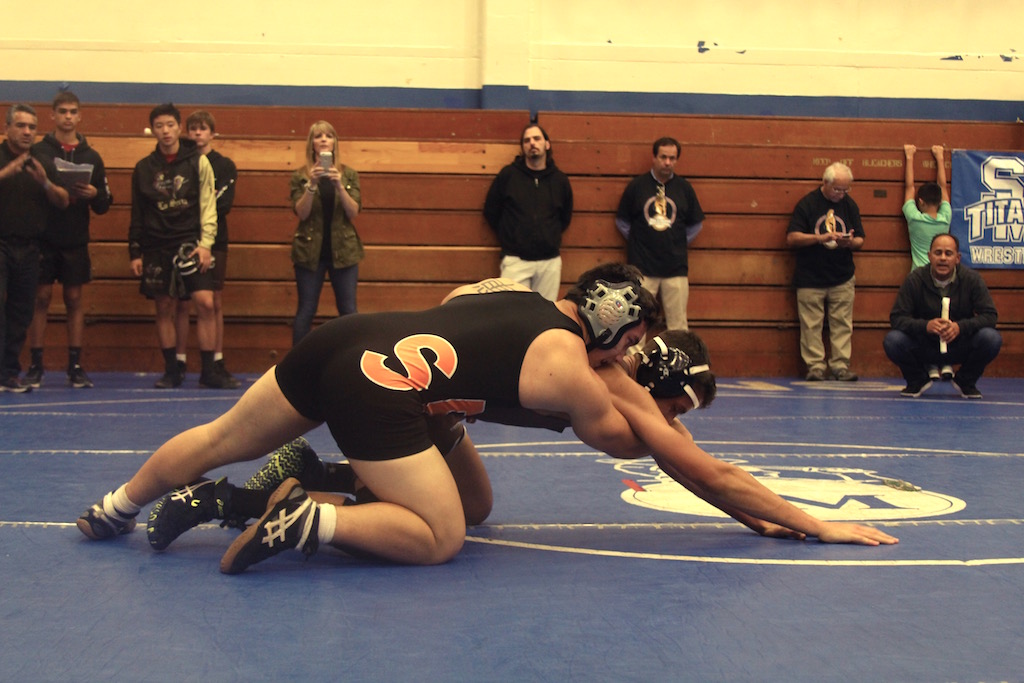 The varsity wrestling team was able to send one wrestler to placements on Saturday, December 5, at the Ara Kumjian tournament in San Marino. Senior Jason Takarabe (160 lb) was able to achieve third place in the highly competitive scene. Seniors Caleb St. Julian (126 lb), Parker Bell (170 lb), and Emiliano Sornoso (150 lb), however, weren’t successful in clinching spots on their final rounds; each garnering records of 0-2, 2-2, and 2-2, respectively.

The tournament was held inside of a San Marino High School gym, a four mat competition that boasted some of the state’s most competitive wrestlers, mostly coming from the San Marino and Poway teams. Having to face such wrestlers, St. Julian was unable to continue throughout the tournament beyond his first two matches. Both Bell and Sornoso were able to defeat two of their opponents with point advantages earned with takedowns. However, those wins were equally reciprocated with two losses.

Takarabe battled with fatigue during his matches, but was able to muscle through and gain point advantages. With the help of a bye, Takarabe was able to compete and win his final match. The last win was concluded with a score of 5-2, mostly earned through two successful takedowns. Takarabe ended up taking third place in his weight category.

“It was definitely tougher than most tournaments we see,” assistant coach Chris Nunez said. “[Our wrestlers] did a good job of stepping up to the challenge, no matter who their opponents were.”

The wrestling squad will head to San Gabriel next Friday for a 10-way-dual style tournament.