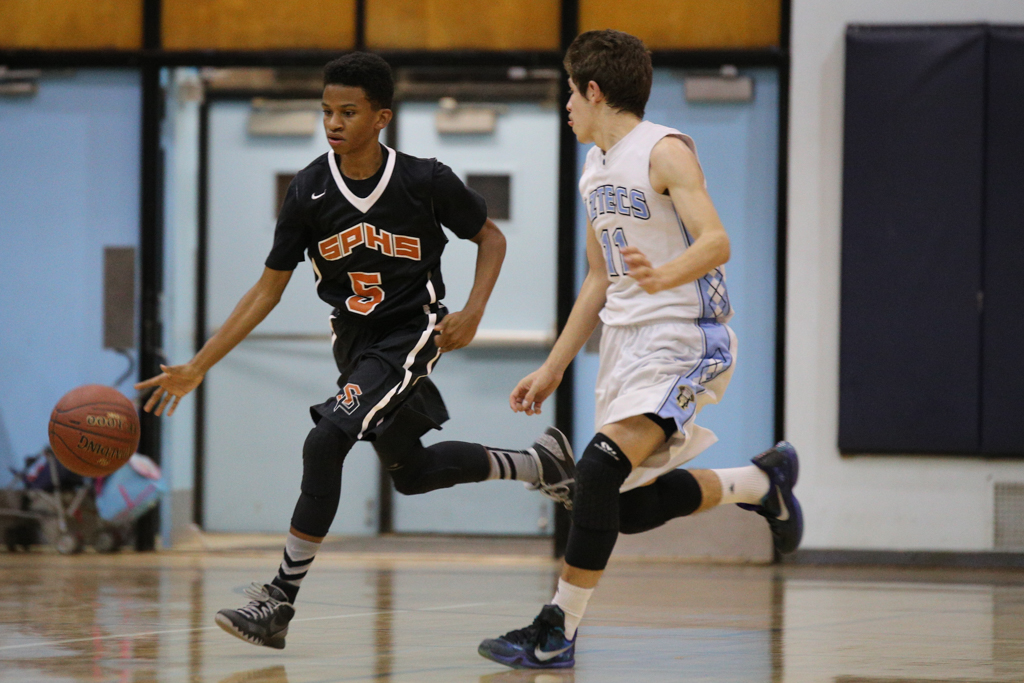 The boys’ varsity basketball team clinched its third victory of the season after a convincing 59-41 road win at Azusa High School against the Aztecs on Monday, December 7. The Tigers are now 3-3 in preseason.

South Pasadena came out red hot in the first quarter after a corner three from junior Lucas Fox got the Tiger offense rolling. Seniors Alex Nakagawa and Ray Arismendez tallied up three points each to develop a quick lead over the Aztecs and reign over their opposition with an 11-4 score. Junior Matthew Scholtz racked up 10 points in the first quarter, with shot selections coming from all over the court, to push the Tigers to a decisive 21-9 lead over Azusa.

South Pas furthered its intensity with press defense and forced numerous turnovers for the Azusa offense to open the second quarter. The Tigers’ offensive playmaking added 15 more points to the total while the defense held the Aztecs to a mere eight-point quarter with the halftime score at 36-17.

Coming back into the third quarter, the Tigers’ momentum kept the Aztec defense spread out to counter South Pas jump shots. Fox made quick work of this defensive strategy and reached the rim on back to back layups, drawing a foul both times. With the defense packed in to halt Fox’s drives, junior Stone Franco splashed two three pointers from the arc to keep Azusa in disarray from the multifacet Tiger offense. South Pas ended the third quarter in the lead over the Aztecs.

With the Tigers up 20-plus points over Azusa, Coach Dave Lutzeier subbed in the South Pas reserves and ran the clock down to close the game off 59-41.

“We’ve been working hard in practice and preparing ourselves in different ways for different opponents,” Franco said. “We went out there looking to attack and that’s what we did today.”

The Tigers look to find their first home victory of the preseason against Gabrielino High School next Wednesday, December 9.