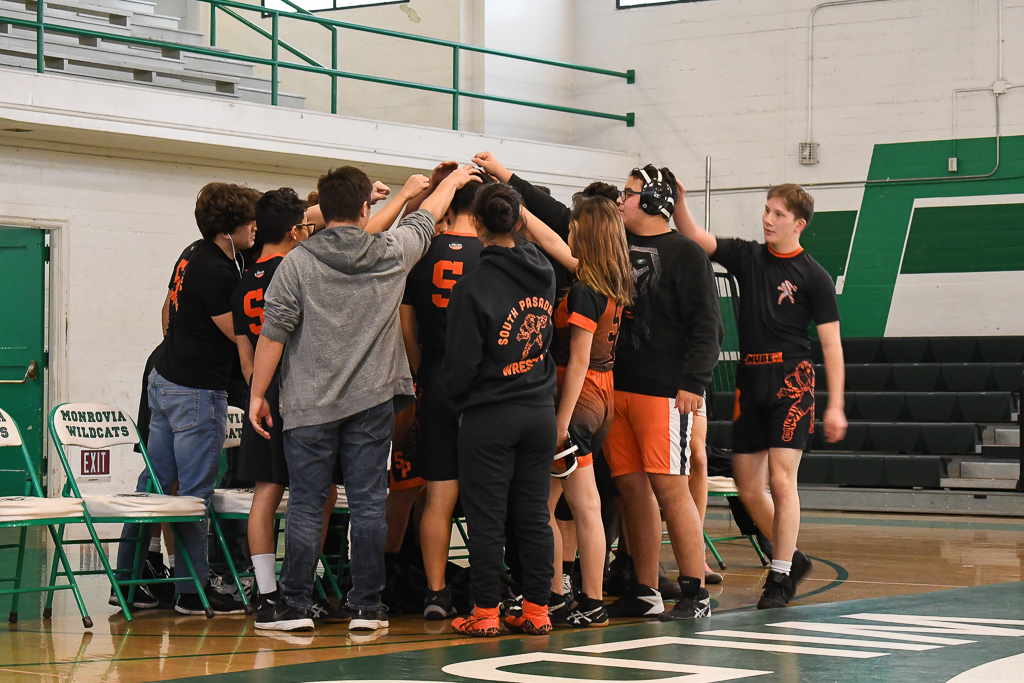 The Tigers will compete at league finals on Wednesday, Feb. 5.

The varsity wrestling team won its final duel against the Herbert Hoover Tornadoes on Wednesday, Jan. 29. Due to a large amount of byes, the Tigers received a 24-point advantage and easily earned a win with a final score of 30-26.

Juniors Andrew Kim (152 lb) and Devin Peries (160 lb), sophomore Daniel Moreno (285 lb), and freshman Isaiah Cooper (195 lb) were all in line to compete, but did not participate due to a lack of opponents.

As a result, only three South Pas athletes were able to compete on Wednesday. Junior Owen Santos (120 lb) lost his match against his opponent after he was unable to regain the upper hand after an initial takedown.

A Tornado took down sophomore Matthias Sanchez (170 lb) at the start of the first period, but Sanchez was able to reverse their position. Subsequent escapes and takedowns by Glendale ended the second period with a loss for South Pas.

However, sophomore Giacomo Mastromatteo (182 lb) was successful, taking down his opponent right from the start. Mastromatteo would then pin the Tornado in just 14 seconds, ending his match early with a win.

“We did not really know what to expect from Glendale because we did not know how their team was or who was on it. There were a couple injuries, but we were prepared and confident that we will do our best during the match. Next thing we need to prepare for is league finals,” senior captain Chris Kim said.

The Tigers will compete in league finals at Monrovia, scheduled to take place Wednesday, Feb. 5.