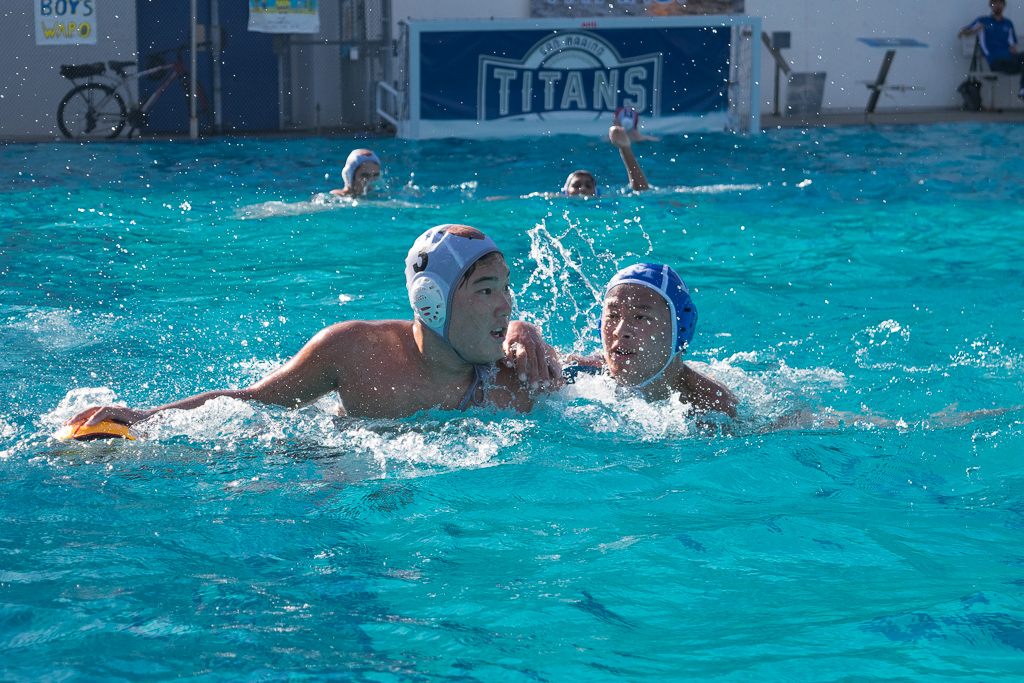 Boys water polo crushed South Pas rival the San Marino Titans, 17-3, in an away game on Tuesday, Oct. 10. With a tough defense and a quick offensive start, the Tigers bump their league record up to 3-0.

The Tigers struck first, not even giving the Spartans time to assemble a defense; junior Anthony Felix opened the game with a killer shot right over the Titan goalkeeper’s shoulder.

The team rode on the first shot’s momentum for the rest of the game, establishing a formidable, unrelenting attack. Not long after, junior Eddie Lane-Flannigan swept the ball right into the corner of the goal with a deft flick of his wrist.

Sophomore Blix Hadsell-Florin positioned himself close to San Marino’s goal and fired twice. Both shots were blocked, but Hadsell-Florinwas unfazed and secured the rebound and slammed his third shot in for a score. The first quarter ended with the Tigers ahead by a score of 6-0.

The Tigers took their lead and ran away with it in the second quarter. Sophomore Michael Felix eased the ball into the goal with a smooth long lob, while fellow sophomore Owen Imasaki smashed his penalty shot right past the Titan goalkeeper, bringing the score up to 9-0.

The Tigers played with great communication and consistently well executed plays and during the rare times the Titans had possession, South Pas put up an intimidating defense.

San Marino switched tactics and two players slowly passed the ball back and forth, inching closer to the goal. The Titans scored their first goal of the game, but this new strategy left their defense with gaping holes and their goal wide open.

Lane-Flannigan snuck up behind the back line and tossed the ball in effortlessly, ending the second quarter with a score of 13-1.

Both teams fought hard during the third quarter, resulting in a deadlock. San Marino was desperate to tie it up, but the Tigers were equally determined to keep their lead; frequent fouls kept the score at a standstill.

Even with their 12-point lead, the Tigers didn’t take their foot off the gas in the fourth quarter. They continued to bombard the opposition with varied strategic attacks from all angles. Senior captain Evan Kowal swam up from the side and popped the ball in. A. Felix followed, charging the goal and forcing a fast shot past the Titan keeper.

“We were able to execute well today and pick up the win. We’re excited to play Temple City next week,” Kowal said.

The Tigers will play the Temple City Rams in a home game on Tuesday, Oct. 15.