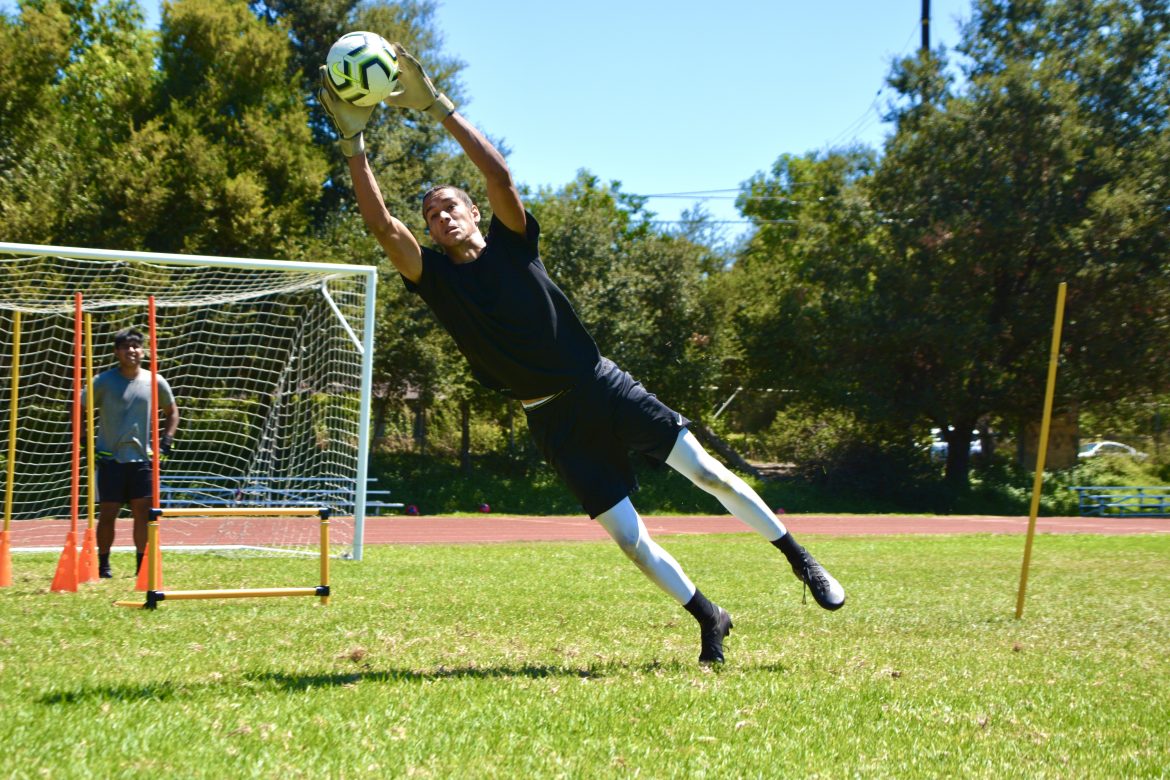 Currently attending UC Santa Cruz as an environmental science major, Schermerhorn is one step away from attaining his goal of becoming a professional goalkeeper.

South Pasadena High School alumnus, Wolf Schermerhorn is used to overcoming challenges. Whether it’s dealing with dyslexia or fighting for a starting spot, his unrelenting passion and undeterred spirit have always pushed him forward. As a high schooler Schermerhorn decided against joining his friends on the school’s soccer team. Rather, he believed that his development would benefit most from focusing primarily on club soccer.

Schermerhorn first began playing soccer when his mom signed him up for a club in Mt. Washington. Being an energetic kid, soccer proved to be the perfect outlet. Often the tallest player on his team, Schermerhorn’s coaches would play him at goalkeeper growing up. Transitioning to the position at a young age allowed him to quickly acclimate to the physical and mental challenges of goalkeeping.

“Playing goalkeeper is a different experience from being a field player,” Schermerhorn said. “It has taught me to not dwell on the past and to keep a positive mindset. It forces you to understand that little decisions can be extremely consequential and therefore has taught me how to handle high-stress situations.”

This ability to deal with stressful situations has been with Schermerhorn for his entire life. Growing up with dyslexia, Schermerhorn had to learn to face challenges that instilled in him a strong-willed and determined mindset. Although this attitude translated to much success on the soccer field, he still found otherwise practical tasks such as reading and writing overwhelming. Instead of dwelling on his struggles, he chose to focus on how to cope with dyslexia, shaping him both academically and as an athlete.

“Dyslexia wasn’t very well known when I was growing up, so I just had to deal with that discomfort while learning,” Schermerhorn said. “After a while, I got used to the discomfort. I feel developing the skill to be comfortable with uncomfortable things definitely helped me become the person and goalkeeper I am today.”

While  Schermerhorn’s passion for soccer stemmed from playing with friends and familiar faces on AYSO teams, it was his extensive experience playing for different soccer clubs that exposed Schermerhorn to the various new people, cultures, and skills that continue to drive his lifelong dedication to the sport.

“Soccer has kept me around people that are much different from people in South Pasadena. It has taught me new cultures, languages, and mindsets,” Schermerhorn said. “It exposed me to what the world is like outside of our city and the ‘bougie’ funded clubs like FC Golden State.”

Schermerhorn found himself immersed in new environments as he progressed to more competitive and intense clubs. A drive for a bigger challenge eventually brought Schermerhorn to the Total Football Academy (TFA), where he won the Southern California region of the National Premier League two years in a row.

“I grew so much as a person during my time with this club. At TFA, I really got a good grip of what true passion is, in this case towards soccer,” Schermerhorn said. “My teammates gave everything on the field for each other like no one I had ever seen before, and that’s why we were so successful together. The unity and relentlessness of the team was truly inspirational to me.”

Although Schermerhorn had built a tight bond with his teammates at TFA, the competitiveness and constant pursuit of success that his teammates radiated pushed him to pursue greater things in his athletic career — this time, in the form of academy soccer.

At FC Golden State Academy, Schermerhorn was faced with staunch competition from some of the most talented teammates he had ever had. Although he found his spot in the team come under pressure, Schermerhorn channeled the determined mentality that a lifetime of overcoming challenges had given him.

The Kardashians were never meant to be kept up with