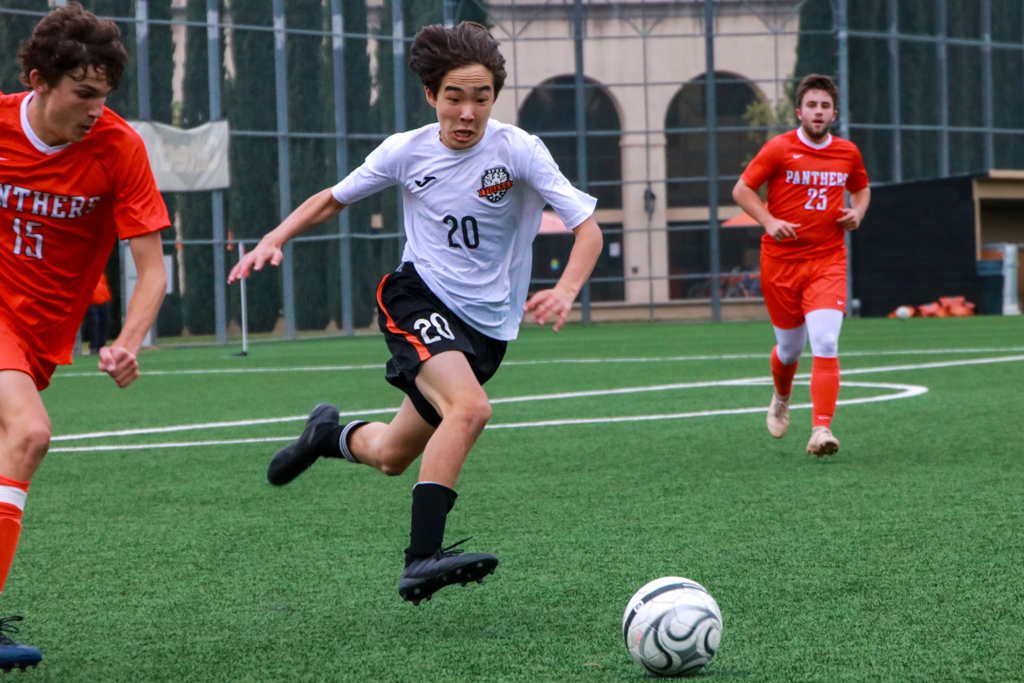 With a young defensive back line, boys soccer must adapt to the strengths of its new personnel.

Early non-league matchups are a prime opportunity for teams to stack up wins in preparation for CIF seeding. With most teams halfway through their preseasons, Tiger shares its takeaways for some of the winter sports. All information is accurate as of press time.

Boys soccer lost three starting defenders to graduation last season and have struggled to fill the gaps with its new back line. During Juan Zurita’s time as head coach, South Pas has implemented an aggressive offside trap. In years past, tall, strong players have allowed this defensive tactic to stifle the opposition’s attack.

However, the team lacks the communication and physicality to execute the offside trap and has conceded nine goals in five games. The team must switch or clean up its tactics in order to turn around its slow 2-3-1 start.

Boys basketball has jumped out to its best start in over 15 years, winning all nine preseason games under a new coach and an entirely new roster. As expected, senior transfer Billy Reed III has taken on most of the Tigers’ offensive load and is averaging 27 points a game.

However, the new supporting cast has been the secret ingredient in South Pas’ recent success. Junior Amar Ebrahim has emerged as a secondary scoring option, while also providing lockdown defense.

Senior Alan Quan, who played on the team in his sophomore year, has been the Tigers’ Swiss-Army knife. From his intelligent playmaking to tenacious rebounding, Quan is the team’s glue. The duo has alleviated pressure from Reed and given South Pas a multifaceted attack.

After four preseason tournaments, girls basketball is sitting at a 7-8 record and have struggled to find offensive consistency outside of star sophomore Allysan Tse. Tse has posted 13.5 points, 8.6 rebounds, 2.1 assists, and 1.7 steals per game, while no other player scores over eight points a match.

In a tournament match against El Rancho, Tse dropped 21 points and 20 rebounds, while the rest of the team struggled. The other Tigers shot 5 of 41 from the field and South Pas fell, 43-34. The team will need someone else to step up and bear some of the scoring responsibilities.