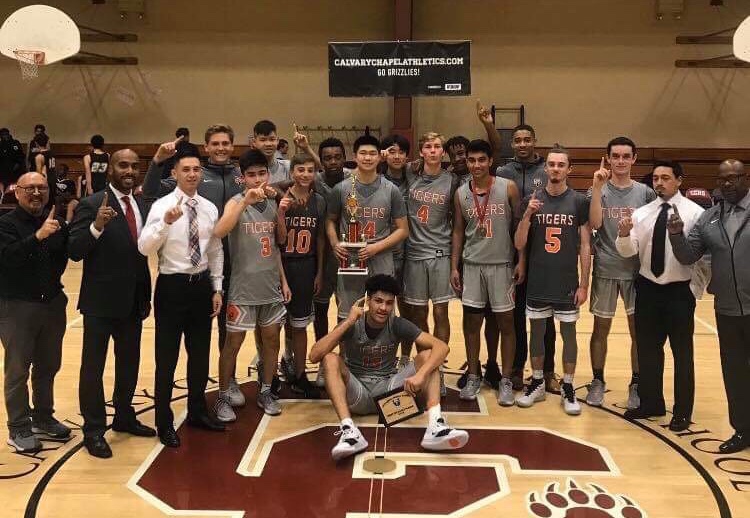 Boys basketball started the season on a 9-0 winning streak. The Tigers will play next in the 2019 Southern California Christmas Classic.

The boys varsity basketball team charged through the Grizzly Classic basketball tournament this week, finishing with a perfect 4-0 record and bringing home yet another tournament championship.

During South Pas’ third game on Thursday, Dec. 12 the Tigers pounded Edgewood with a score of 73-49. Junior Amar Ebrahim led the way with 24 points.

On Friday, Dec. 13, the Tigers defeated Whitney, closing with a 62-51 victory. Senior Billy Reed III put up 26 points and 14 rebounds, while fellow senior Alan Quan also posted a double-double with 13 points and 12 boards.

“We really came together as a team and pulled out some great wins. We also faced some better competition this week and we still pulled out a victory,” sophomore Mikey Ebner said.

Reed earned the tournament MVP honors, his second of the year, and Ebrahim was recognized in the All-Tournament Team.

The Tigers will compete in the 2019 Southern California Christmas Classic starting on Thursday, Dec. 26.