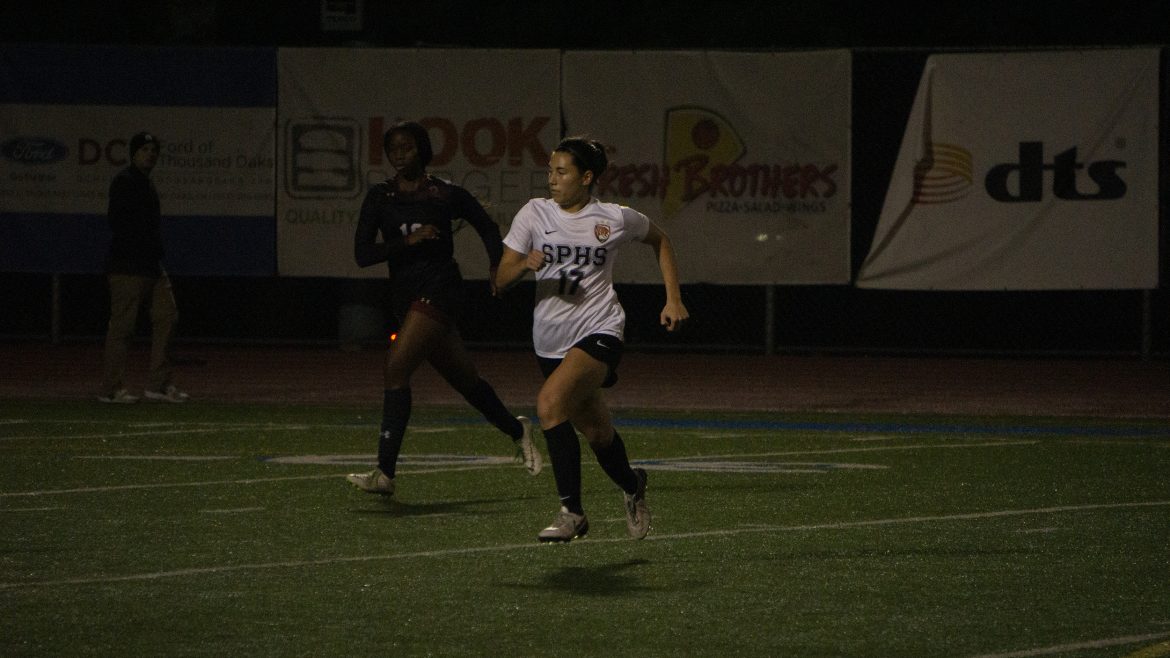 While overcoming an ACL injury, Segal rediscovered her love for soccer.

Senior Corey Segal has been playing soccer since fourth grade. She earned a varsity starting spot as a freshman and has been a vital attacker for SPHS’ historic 2018 CIF run. She was passionate about the sport and excelled at it; this was the path she wanted to follow. But, she had to put her passion on hold once she tore her ACL.

Segal was sprinting down the sideline during a club soccer game when an opponent rammed into her right knee. Tumbling to the turf, she heard a pop and her leg went numb. She initially thought nothing of it, but when she attempted to return for the second half, she felt the lower half of her leg swivel in its socket and was carried off the field.

Segal was devastated to learn that she had torn her ACL, and even more so when doctors revealed that the recovery process would last 12 months.

“Soccer was my favorite extracurricular activity I devoted most of my time, so I felt like part of my identity was stripped of me,” Segal said.

Rehabilitation was a constant struggle. She devoted long hours in physical therapy, re-learning how to run, jump, and dribble. The process was grueling, but Segal’s devotion allowed her to completely recover in ten months.

However, the emotional battle was much harder than the physical one. Segal felt as if she were on an island, relegated to watching her teammates from the sidelines as a team manager.

“I felt pretty insignificant and couldn’t talk to anyone else about my injury because they didn’t understand,” Segal said. “But I always knew I wanted to play again. I think that was what kept me motivated throughout the recovery.”

Now, fully recovered, Segal captains the SPHS girls soccer team and relishes every moment she has on the pitch. Although she lost almost a full year of soccer, she views the sport and her injury in an entirely different light.

“It was tough, but it sparked a period of growth for me because I had the time to explore other interests. So, this year, I am trying to enjoy it as much as I can,” Corey Segal said. “I know how much I love playing [soccer], but I also know that I will be fine without it. The injury made me appreciate the sport a lot more and recognize what it means to me.”