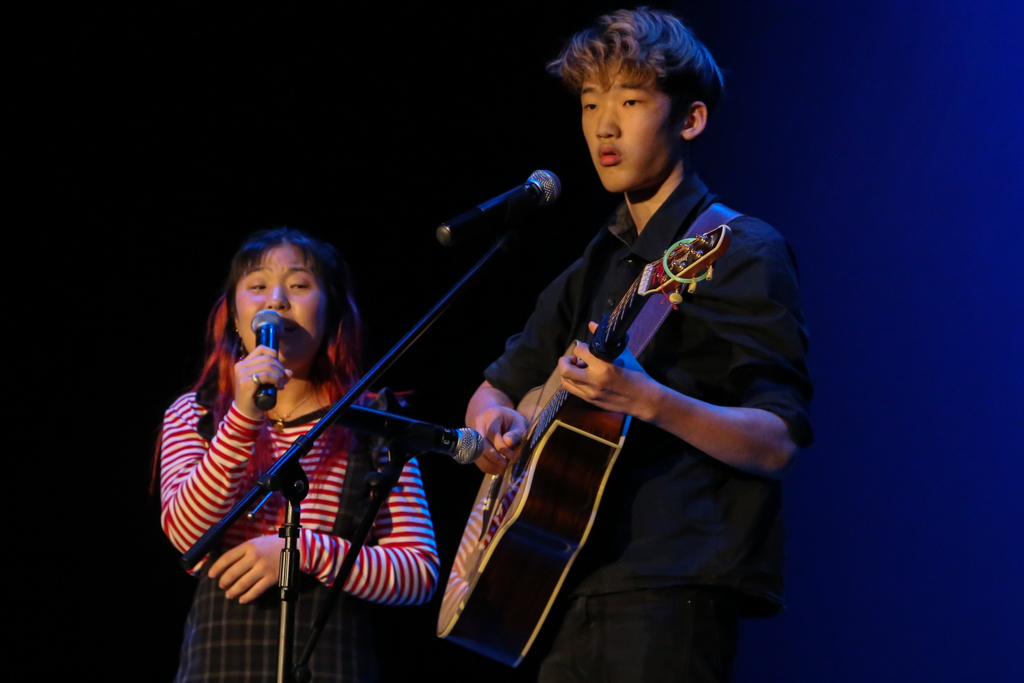 SPHS kicked off the holiday season with its annual Winter Assembly on Friday, December 15. Commissioner of Assemblies senior Anders Keith led the holiday celebration with a series of short skits and the winners of the Winter Formal video contest as well as the location for the dance were announced between student performances.

In the weeks preceding the assembly, students recorded themselves asking their special someone to Winter Formal and entered it into the annual video contest. First place winner senior Susan Rodriguez enlisted the help of friends to woo senior Bailey Wu, busting out K-Pop moves and dancing to ABBA’s “Dancing Queen” before asking Wu to accompany her to Winter Formal, winning two free tickets to the dance. Senior Cate Latting planned her proposal in advance, giving boyfriend Jackson Totleben a hand woven bracelet back in October. In the video, Latting revealed to Totleben the bracelet he’d been wearing contained a note asking him to Winter Formal.

This year’s Winter Formal will be held at Hotel Maya on Saturday, February 3 with the theme “Reflection.” Tickets will go on sale after winter break on January 9.