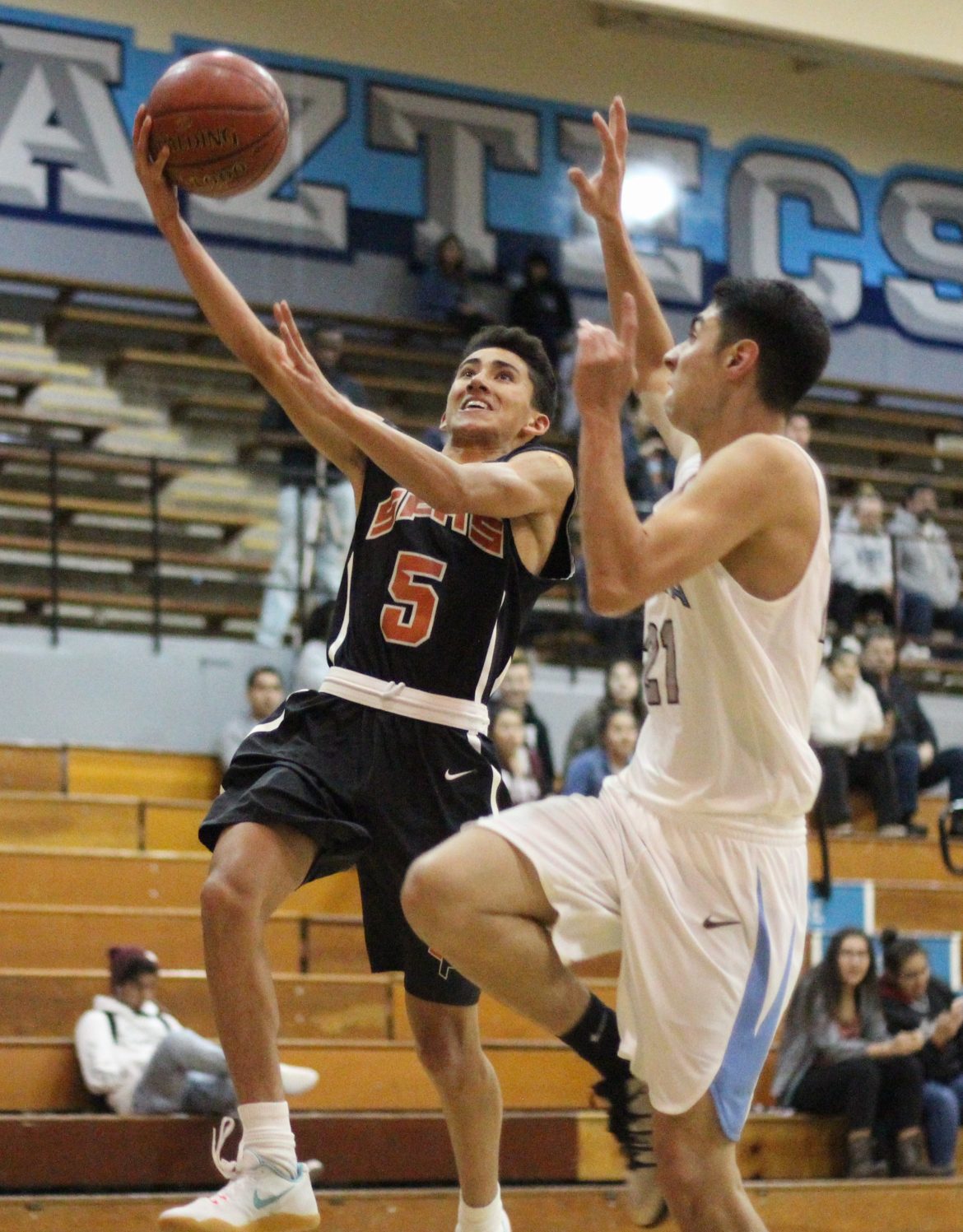 Boosted by a dominant performance from senior Nick Corvino, boys’ basketball secured its fifth preseason victory over Norco on December 12 in the Norco-Glendora Tournament. However, a major momentum swing resulted in losses versus San Dimas, South Hills, and Glendora, all CIF-tested squads, and the Tigers exited the competition with a 1-3 record and overall preseason tally of 5-6.

A tightly contested first half showcased South Pas’ quickness and Norco’s size, with the Tigers utilizing fluid ball movement and drives to the basket. The Cougars grabbed rebounds and extended possessions, creating several second-chance scoring opportunities. Throughout the first eight minutes, senior Jaylen Park’s offensive abilities proved crucial in preventing Norco from pulling away. The Cougars finished the first quarter with a slight two-point lead, only to have Corvino’s 10-point effort in the second period eliminate the gap and tie the game at 36.

South Pas’ offensive rhythm faltered slightly in the third, scoring just 13 points and allowing the Cougars to gain control of the game. The Tigers managed to battle back in the fourth period, lead again by Corvino, who drilled a trio of threes along with a deuce for 11 points in the fourth quarter. Covino finished with 27 of the South Pas’ 70 points, as ten other Tigers scored in the 70-64 win.

Momentum, or a lack thereof, from the San Dimas matchup carried over into the first quarter against South Hills; the Tigers tallied just eight points in eight minutes. However, the South Pas offense erupted for twenty points in the second quarter, and the brilliant performance continued in the latter half. Basketballs rained into the net as the Tigers and Siberian Huskies traded baskets in an offensive explosion. Despite a valiant effort, South Hills’ early lead could not be overcome, and the game ended with an 82-70 final score in the Siberian Huskies’ favor.

Corvino’s offensive prowess was on display again early against Glendora, as the senior knocked down 12 points on five-of-six shooting in the first quarter. However, the Tartans proceeded to shut down the Tigers’ offense, limiting them to just 28 points over the final three periods. Meanwhile, Glendora maintained its attack, with the Tartans’ dominance highlighted in the 74-47 scoreline.

Boys’ basketball will next face off against Charter Oak in the Damien Holiday Classic at 6pm on December 26 at San Dimas High School.