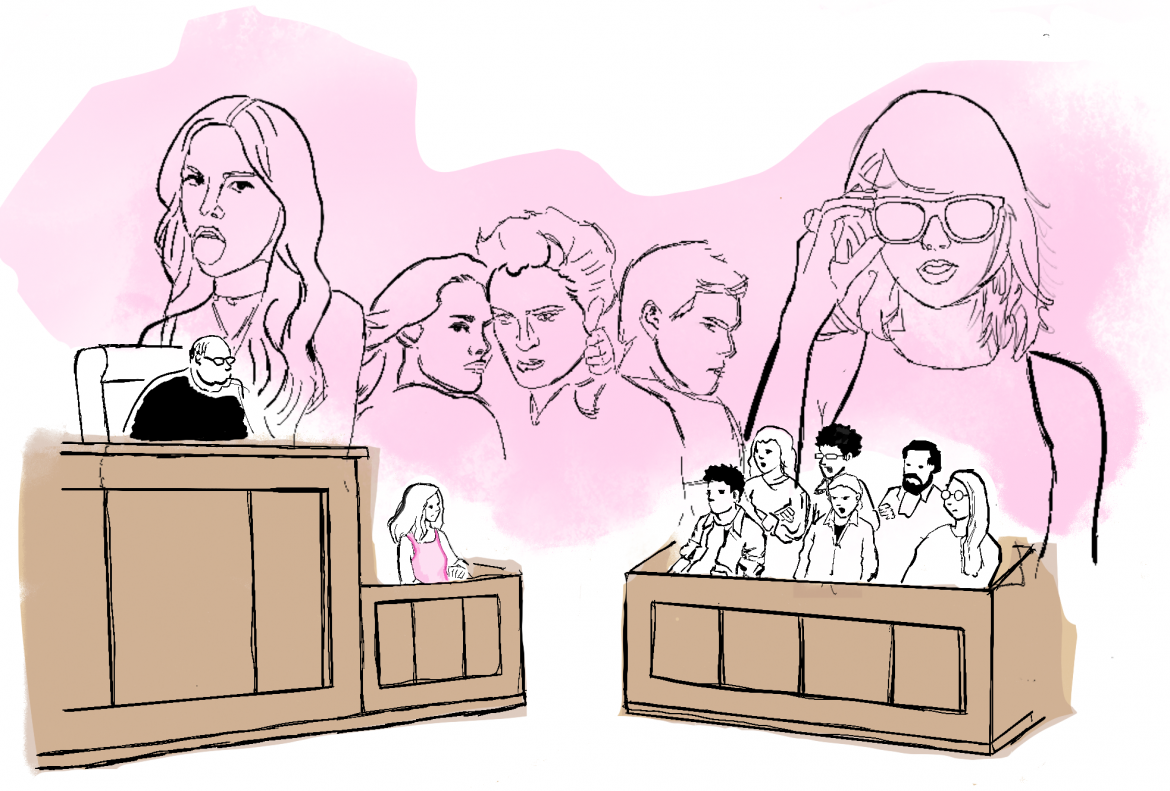 Growing out of interest is an integral part of aging; it’s entirely natural for teenagers to no longer enjoy something they once did. With so much resentment being directed at teenage girls and their interests, it seems that many girls are abandoning them unwillingly. Teenage girl’s exposure to both sexism and societal pressures leads them to be the target of incessant hate for expressing themselves and their interests.

In many instances, media geared towards teenage girls often receives more vitriolic attacks than teenage boy media. For example, if we reference two movies — Twilight and Transformers — neither are brilliant pieces of art, but only one’s fanbase is critiqued heavily. Whether it be Team Edward or Jacob or the rise of the word Twi-mom, the discourse surrounding Twilight has never been tame. One quick Google search makes it painfully obvious that neither the content nor the actors received as much hate as the existence of the fanbase. This animosity is because the fanbase is composed almost entirely of teenage girls (and sometimes their mothers.) You rarely see this kind of outrage directed at the Transformers franchise or the array of teenage boys who supposedly enjoy that.

Erika Christakis, a lecturer at the Yale Child Study Center, made an argument in defense of “Twilight,” stating that, “Millions of females, like their male counterparts, enjoy their fantasy life straight-up weird, sexy, and implausible. The male species is allowed all manner of violent, creepy, ludicrous and degrading movie tropes, and while we may not embrace them as high art, no one questions them seriously as entertainment.”

Even the way society treats male stupidity is vastly different than female ignorance. Boys on the internet jumping into pools devoid of water garner millions of views and loyal followers. Girls on the internet are treated to the same amount of views but from a less enthusiastic audience. For example, Gracie Cunningham was doing her makeup on the internet while questioning the origins and reality of math. She queried, “who came up with the concept?” When someone posted this video of a 16-year-old pondering mathematics to Twitter, the onslaught of people insulting her intelligence exploded. Or take the song Friday by Rebecca Black — Black was a teenage girl who sang a cute song about the last day of a school week, and she was subjected to vehement hatred that her mental health suffered. Compare this to It’s Everyday Bro by Team 10 led by world-renowned empty pool diver Jake Paul. People saw the Team 10 song for what it was, a semi-stupid brag from a media personality, not the downfall of civilization. Neither It’s Everyday Bro nor Friday are academic dissertations about essential life stories, but only one is female-led and attracts hate.

Celebrities also try to distance themselves from the ‘for teenage girls’ archetype, knowing that it stifles their ability to be viewed as real artists. In an interview with Rolling Stones, the band 5 Seconds of Summer said, “75% of our lives is spent proving we’re a real band. We’re getting good at it now. We don’t want to just be, like, for girls.” Since society views girls’ interests as less worthy of respect than boys — that sexist statement is almost understandable from a business perspective. The teenage girl demographic is getting smaller and smaller as the animosity towards them grows. Former staples of the teen girl’s walls are disappearing. For example, society hated Taylor Swift for writing about adolescent girl experiences, like first loves and breakups. Now that she’s abandoned her bubble gum pop and country roots, she’s in her artistic prime, appealing to a broader array of audiences. Even the CW, the mothership of teenage girl programming, has a steady decline in viewership over the years. It seems that female viewers are jumping ship, maybe due to the desire to ‘not be like other girls.’

It would be too simple to explain this societal hatred with sexism. But, societal hatred of teenage girls derives from societal hatred of women in general. A factor that plays into this was the lack of education afforded to girls in history. In the 18th and 19th centuries, education was valued for young ladies. But funding and providing a sufficient education was a different matter. Many towns had tax-funded schools for boys. Girls could only attend these schools during the summer, which contributed to a gap in education. Higher education was even more unattainable, the first European universities trained students for careers in church. For a scholar, a theology degree was the most valued, followed by law and medicine. Women could not become priests, lawyers, or doctors, so higher education was unavailable to them. While today, women have surpassed men in higher education, the pay gap serves to further separate men and women. This historical education gap translates to the belittling of women and girl’s intelligences, especially when it comes to the media they consume. This applies to teenage girls in particular and the assumption that teenage girl’s are hormonal vessels without depth or substance.

“There’s an underlying assumption that teen girls are not in control of their emotions or interests and become overly excited or upset for no reason,” she said. “When the reality is that teen girls are often very intentional about what they’re interested in and aware of the social influences behind those media products, and they deliberately use excitement and passion as the foundation for community-building and empathetic development.”

Thankfully, the solvency for this issue is already in motion. Now, young girls turn to the behemoth of teenage girl lore, fanfiction, to satisfy their cankering tooth of connection. Fanfiction forums are giving teen girls, especially queer teen girls, an outlet for unprecedented amounts of self-expression. Team Edward or Team Jacob thrive alongside Drarry shippers and multitudes of other fandoms. Thus, the narrative is now in the hands of the consumers rather than the creators. In addition to that, a broader education and dismantling needs to exist so society can address their deep-rooted teenage girl hatred. This includes a more expansive implementation of media for and by teenage girls.  Finally, teenage girls can foster discourse in their own communities about the origins of math, the last day of the school week, and their love of sparkly vampires all without the purview of men.

The life of an only child, as told by the youngest of four