Home Featured The life of an only child, as told by the youngest of four
FeaturedOpinionWeb Exclusive

The life of an only child, as told by the youngest of four 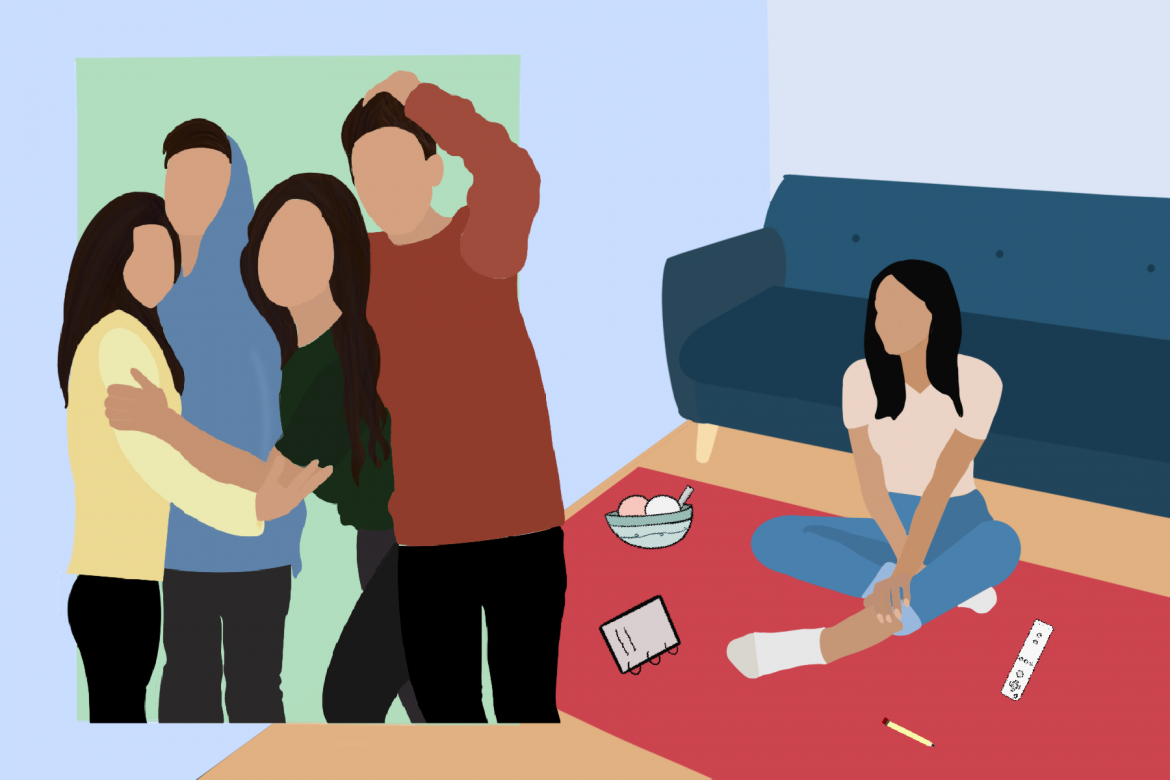 In order to fully understand my predicament, one must first and foremost know that I have always shared a close bond with my siblings.

From a one bedroom apartment that burst at the seams trying to contain us, to a house where bunk beds were utilized religiously, early wake-ups for three separate school drop-offs and late nights driving aimlessly simply to catch up. Through phases and growing pains, along with many arguments, it’s true my siblings can at times be my fiercest challengers, but beyond that, they’re my best friends.

Even back in elementary school, when others my age would voice how they wished they were an only child, I could never relate. To this day I have never shared that desire.

As the youngest out of four siblings — two brothers and one sister — I’ve always known that one day I would be an “only child.” My siblings would move out, leaving me to lead the lifestyle of one, in a house filled solely by my parents and me.

A future where that wasn’t the case, where we weren’t all under the same roof, was one I did not care to be a part of. And as inevitable as it was, it also seemed so far away.

My sister, Kira attended community college for a couple of years, living at home while she did so. When she eventually moved to San Diego for school, she was back just two years later. My eldest brother Cameron had a similar experience, attending community college for a few years. That left Caleb, who seemed to move away to his college dormitory as soon as he was handed his high school diploma.

During these times in which school controlled where my siblings went and when, I didn’t feel like an only child. As they were constantly coming in and out of the house, packing with intentions to leave, unpacking to stay, it was a given that no matter what, at least one of them was occupying the next bedroom over. Through these unsettled circumstances, nothing felt final.

Then quarantine was announced and things changed quickly. Before I knew it, the house was full again. As my parents set out rightfully strict rules we were meant to adhere to pandemic-wise, suitcases were emptied and rooms were restored. In many ways, I was perfectly content in our little bubble.

In contrast, it seemed whenever I checked my phone, people were talking about these “unprecedented times” we were living through and how they just couldn’t wait for things to return to normal. And while I understood that as a whole, the world was in a state of uncertainty, with my whole family under one roof, I actually felt a sense of normalcy.

And then, to no surprise, things changed yet again and that bubble filled with familiarity quickly popped.

In September, it looked like things were improving in regards to coronavirus. This led to a multitude of opportunities for my siblings. Kira was offered a job in her dream, out of state location, Cameron received college acceptance emails, and Caleb was presented the chance to move back to Santa Barbara.

Before I could object (but really what would I be objecting to, my siblings moving on with their lives?) cars were repacked to the brim and plane tickets were purchased. I was somehow finally an only child.

When I had least expected it, it happened; I lost my siblings and gained an entirely new lifestyle.

Back when the occupancy of my home was constantly changing, it was as if I was in this grey area filled with ambiguity. When quarantine hit, that grey area was quick to dissolve. My siblings were back home and I felt a strong sense that life would be plain and simple. Things shifted from the haze of grey to a solid, definite shade of black. In contrast, everything seemed to go white when I became an only child. White as a blank slate, which I suppose was what my life was becoming.

Each change became more abrupt than the last, and all the more irreversible.

Ten months later, I’m still not used to it. And if I was, maybe I’d have a nice and wholesome conclusion to offer.

I would be able to say that despite the downcast turn of events, I’ve come out of this experience stronger, I’ve grown as an individual, and even come to peace with this new normal I’ve had no choice but to adopt.

Unfortunately, that is not what has happened seeing as I’m still not used to it. To three spare bedrooms, complete with empty closets and bare walls. To a house that’s actually quiet at night. Even now, I miss the texts I would receive at two in the morning telling me to “come unlock the door, i forgot my key.”

More often than not, I spend my time missing them. Missing the life I lived for more than a decade. Of course, I wouldn’t have it any other way. I’m happy that my siblings are working towards their future and continuing with their lives.

But when everyone was busy reminding me of all the perks that accompanied being the youngest of four, they neglected to inform me of this part. The part that I simply never desired.