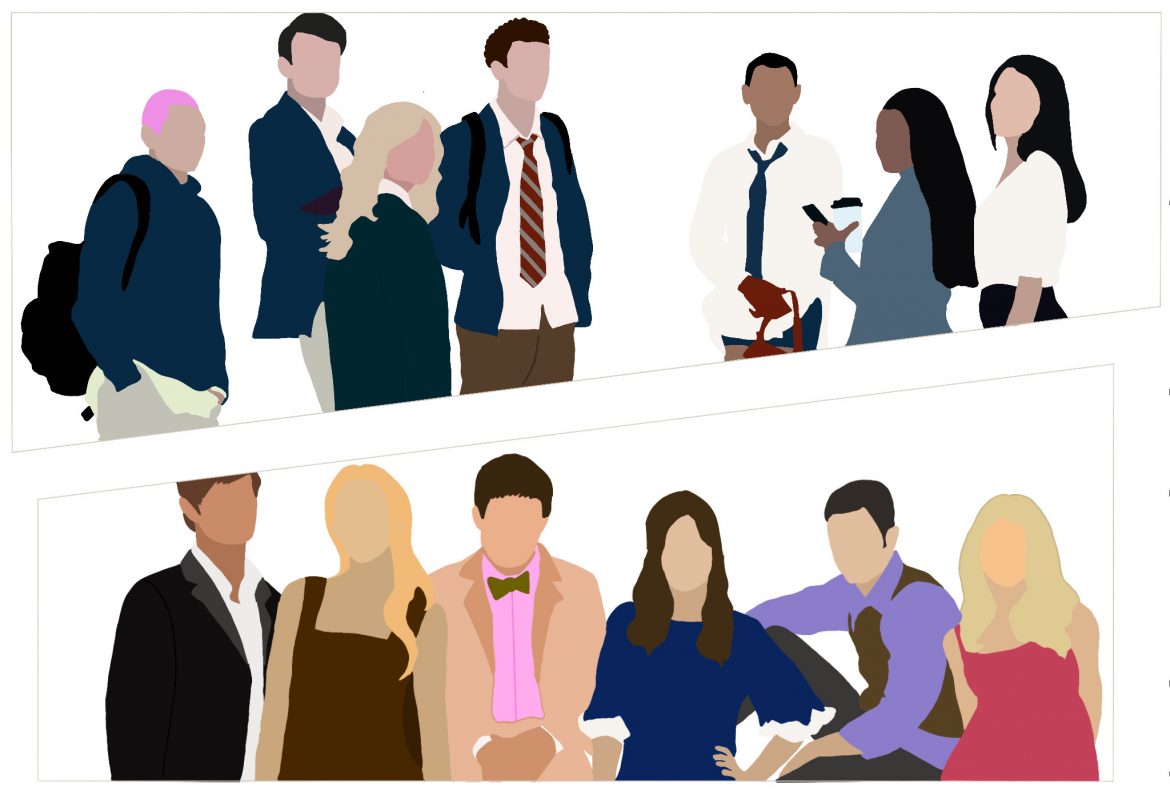 Although HBO's attempt to freshen the 2007 show is commendable, its clumsy dialogue and lackluster characters fail to capture the charm of the original.

Spotted: the highly anticipated Gossip Girl continuation hit HBO Max on July 8th. With it comes a downpour of teen soapiness; don’t forget your umbrella. When Gossip Girl hit the airwaves in 2007, it became a cultural phenomenon, defining the CW as the hub for soapy teen drama. While not perfect, Gossip Girl was opulent and also served as effective social satire — while not seeming preachy.  Unfortunately, Gossip Girl 2.0 fails to recapture the glamour of the original with its trite and occasionally exploitative drama.

The original Gossip Girl premiered in 2007 and was premised around a group of privileged adolescents living on the Upper East Side of Manhattan. Enter Serena van der Woodsen, who mysteriously disappeared before the show began. Her tempestuous, Queen B best friend Blair Waldorf is unhappy to see her. Serena stirs up trouble for Blair, Blair’s arm candy, Nate Archibald, and the slimy Chuck Bass. She is also caught under the watchful eye of the all-knowing Gossip Girl. Nearly a decade after the original, the Gossip Girl reboot tells the post-COVID tale of the children of Manhattan’s elite — who, through the realm of Instagram influencing, have become elite themselves.

Zoya Lott (Whitney Peak), the new girl, is ecstatic to start her first day at Constance Billard on an art scholarship. Unbeknownst to her father, Zoya and her half-sister, influencer Julien Calloway (Jordan Alexander), have orchestrated a plan. Eventually, Zoya becomes acquainted with Julien’s friend group — and becomes especially familiarized with Julien’s boyfriend, Otto Bergmann “Obie” IV (Eli Brown). Naturally, drama ensues. Every scandalous misstep is calculated and repurposed by the almighty Gossip Girl to manipulate the young and the restless Upper East-siders.

In the original series, the mysterious identity of Gossip Girl provided a low humming puzzle to be solved. Unfortunately, the eventual unmasking was not well received by critics and fans alike. The reboot attempts to solve this problem by revealing the new Gossip Girl in the first episode. This choice shifts the story’s central question from ‘Who Is Gossip Girl?’ to ‘Will they get caught?’ The alternative would be enjoyable if the creators didn’t choose a ragtag group of disgruntled teachers, led by Kate Keller (Tavi Gevinson), to be Gossip Girl. Unfortunately, this infuriating decision immediately puts the educators on dubious ethical ground — one rain-soaked teacher snapped a photo of two of their students undressing. These teachers are responsible for their student’s education as well as their torment, all because catty high schoolers insulted their outfits. Therefore, the entire premise is tainted by this morally dubious decision shifting from a lonesome teenager holding the reins to actual adults on the brink of losing their teaching licenses.

Ethical dilemmas run amok amongst the Upper East Side. The most egregious difficulties derive from Chuck Bass wannabe, Max Wolfe (Thomas Doherty), and his free flowing take on sex. Max Wolfe owns his sexuality, which is terrific, but he’s also a high school student. His constant courting of his classics teacher lands him in uncomfortable sexual and ethical territory. That’s bad enough, but so far, the show seems to be encouraging this predatory relationship by having Max pursue the teacher as opposed to the other way around and implying a friendship between the two men.

There’s a similar nature with the characters of Audrey Hope (Emily Alyn Lind) and Akeno Menzies (Evan Mock), who are a couple doing some good ole fashion sexual exploration. But, this show has a frank depiction of teenage sex, which isn’t inherently wrong. Sex positivity is one thing but showing teenage intimacy in that much graphic detail seems to be for exploitation than exploration.

A root flaw comes from the seemingly copy-and-paste downgrade between the original Gossip Girl characters and this continuation. Supposedly, 14-year-old Zoya Lott is a gender-swapped Dan Humphrey, Serena’s love interest in the original, a sensitive new kid trying to acclimate to the pretentious world around them. Audrey Hope evokes Blair Waldorf, without Blair’s charm or depth. Max Wolfe seems to be a dollar store Chuck Bass with similar smarmy charm and insecurities. Obie is a more self-aware Nate Archibald, perpetually bland and insignificant. Julien Calloway is an upgraded Serena van der Woodsen with glamour and allure, who is actually quite a sensible and enjoyable character. Finally, the duo of Monet De Haan (Savannah Lee Smith) and Luna La (Zion Moreno) surpass all other characters with drive and cut-throat attitudes. They may be one-dimensional, but they embody the tone the show is reaching for but can’t quite grasp.

Gossip Girl 2.0, much like its characters, seems to be in the midst of an identity crisis. While very swanky and opulent, it’s hollow like a Faberge Egg. The show wants to Eat The Rich but ignores the fact that the life of the filthy rich was why the show was so popular. It’s desperately trying to appeal to the millenials of the original and the Gen-Z’s of today. The teachers are the millennials, guffawing at the younger generation and our curiosities in politics and technology while trying to demean and berate them at every turn — even on the social media platform cultivated by Gen Z.

The stakes of Gossip Girl 1.0 were consistently high — especially because Gossip Girl’s identity was unknown. Unfortunately, with the lack of a clear social hierarchy, the reboot never raises the stakes. Every named character seems to exist at the top of the social echelons which makes dethroning seem unlikely. If Gossip Girl is all-powerful and can destroy lives, why hasn’t anyone been seriously affected? The plot resolved all qualms within an episode, and soon, the goddess became defanged.

The dialogue is nothing exceptional — bordering on cheesy. With gems like “I’m not known, I’m influential.” and “Oh I remember, she’s from when your mom ran off on you and your dad,” forced exposition abounds. This isn’t an exclusively Gossip Girl problem, however, many reboots need to allude to their source material and pack a lot of information in dialogue.

But this reboot attempts to retcon and praise its predecessor simultaneously. Pointing out the flaws of the original series is an overused tactic, trying to prove its growth. Yes, it was far-fetched that a high schooler’s poem was published in The New Yorker — please don’t dwell on it. But the heavy-handed original series references serve as a reminder of a much better show that you could be watching instead.

The show is not without its joys, however. Racial and sexual diversity is a delightful addition to a homogenous predecessor. In addition, the significant change from Gossip Girl being a blog to an Instagram account helped refresh the show for a new generation. Reprising her role as the titular omniscient internet goddess, Kristen Bell delights with her sensual catty, lilting voice — perfectly revealing each scandal. The actors are also great — though the cliche dialogue stunts their capabilities. With all its faults, however, Gossip Girl 2.0 is still captivating.

Grab a seat on the Met steps, or at least your bed, and be ready for self-aware decadence and infuriating plotlines. Why did they choose to reboot and downgrade a classic trashy teen soap? That’s a secret they’ll never tell. But, you know you’ll love it. Xoxo Gossip Girl.