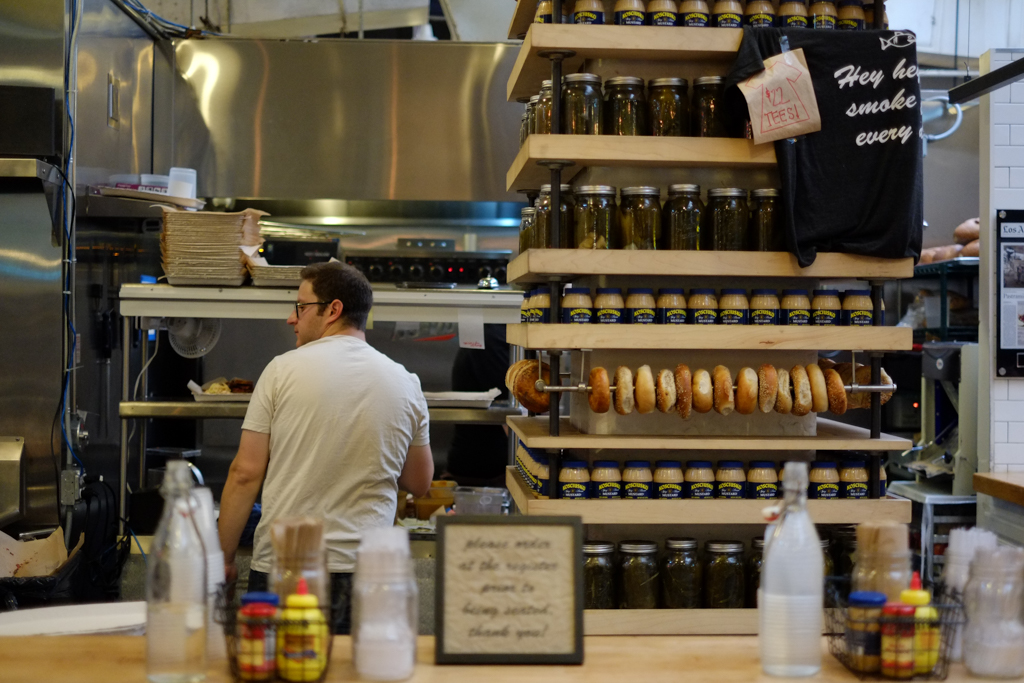 Micah Wexler brought a culinary force to contend with in Wexler’s Deli, a sandwich stand that opened just a few months ago on April 28. Wexler’s Deli is located in the recently renovated Grand Central Market in Downtown Los Angeles, which has gained popularity in the last few years.

Pastrami aficionados flock to the Jewish-style deli to test its worth, and have not been disappointed. Sandwich lovers even say that Wexler’s is comparable to Katz’s Deli in New York and Langer’s Delicatessen in Los Angeles, both of which are reputed to have the country’s best pastrami. Wexler’s has also received many positive reviews from renowned food critics, including Jonathan Gold, a well-acclaimed food critic for the Los Angeles Times.

Wexler’s offers a variety of sandwiches and bagels with smoked fish, all of which come with an assortment of condiments. All meats are smoked in-house, which is no small feat considering that Wexler’s is just a small stall in the middle of a crowded market. Grand Central Market is often packed with hungry customers, so if you’re lucky enough to nab a counter seat at Wexler’s, you’ll be able to watch the workers prepare your food.

As pastrami goes, the sandwiches at Wexler’s are delicious, containing thick slabs of juicy meat crusted with spices with the pungent aroma of clove, black pepper, and garlic, piled on chewy rye bread. Variations on the classic sandwich (called the O.G.—just bread, meat, and mustard) are on the menu along with creative names that pay tribute to places in Los Angeles, such as MacArthur Park. The sandwich variations include different toppings like coleslaw or Russian dressing, and other meats, including juicy smoked turkey and corned beef.

Not in the mood for a heavy sandwich? Wexler’s has an assortment of hand-cut cured fish (lox or sturgeon) to choose from, pairable with a bagel of your choice and toppings that include sharp red onions and briny capers. The smoked fish, among the best in Los Angeles, melts in your mouth.

At an average of $11 per sandwich, the food may seem pricey, but the cost is on par with or cheaper than other delis’ sandwiches, including its rival, Langer’s, where the average price for a sandwich is $15 (and at Katz’s, a pastrami sandwich will cost you $20).

Wexler’s Deli provides more than just great food, even though it’s hard to get to sometimes due to the swarms of customers. It provides an experience, coaxing one to venture into urban Los Angeles and see just how much the city has changed. Yes, the line will be long most of the time, and yes, the sandwiches from Wexler’s cost more than what you’ll find at an average sandwich shop, but overall, it is worth it. Whenever you’re in downtown Los Angeles, or perhaps just looking for a weekend outing, Wexler’s Deli is a must.

Citizens celebrate Independence Day with activities in the park