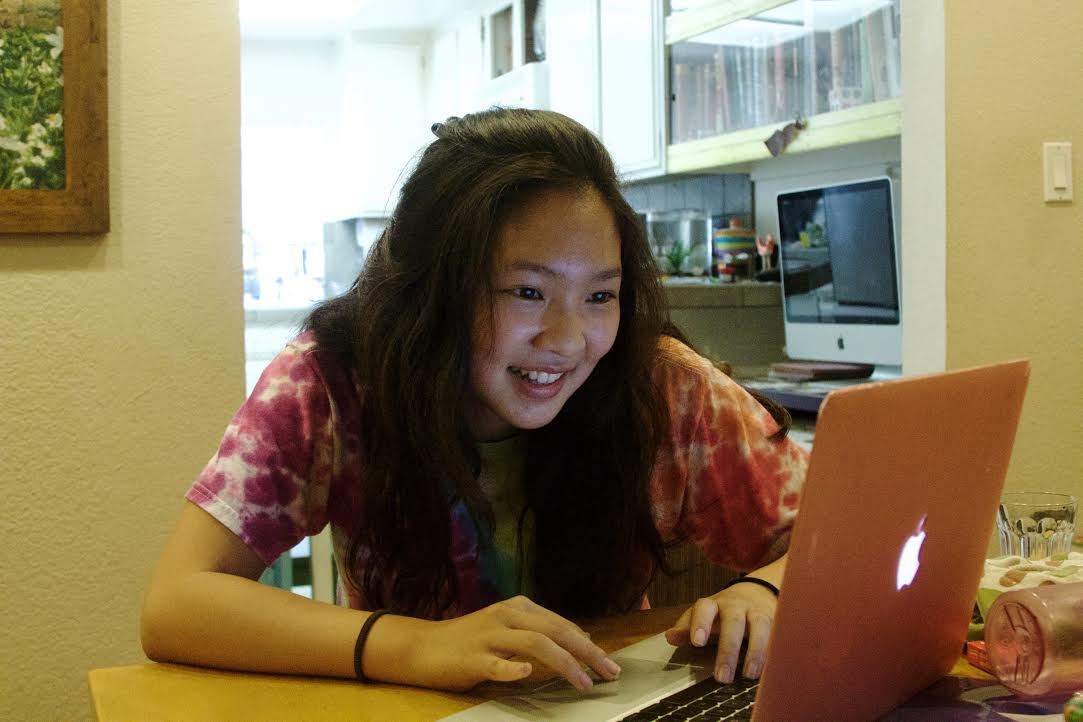 Boolean, python, blitz. To most of us, these words are jibberish. But for incoming junior Tei Park, this coding vocabulary means Summer 2k15.

Three months ago Park applied to the highly selective Girls Who Code, or GWC, Summer Immersion Program, a seven week Computer Science intensive for high school females. GWC is a national nonprofit working to achieve gender parity in technology and engineering; both of which are predominantly male industries. Through their summer program, the organization strives to inspire high school girls to consider a career in engineering or technology.

After three essays and a long wait, Park finally found out that she was to be one of the 20 high school students in the closest Los Angeles program. This summer she is spending seven weeks at Mount Saint Mary’s College gaining hands on experience with programming fundamentals, robotics, web design, mobile phone development, and more.

Park and the other 19 coders spend each day listening to lectures, tackling difficult coding  projects, and going on field trips. Just last week, the 20 girls got to meet the Chief Technology Operator of Disney Studios and tour the studio.

However, one of Park’s favorite parts of the program has been working with others. Group problem solving and partner collaboration is a big part of the curriculum, and though she struggled with it at first, Tei has learned to appreciate it.

“It was really difficult at first because coding with a partner is like writing an essay with someone else,” Park explained. “But that’s actually a big part of coding in the real world – you have to know how to work with other people.”

Part of Park’s appreciation of the group work may be due to her infatuation with her fellow coders. Over the course of the last three weeks they have all gained a sort of family-like bond. Some of them coming from as far as Palm Springs, the twenty young women all share a mutual fascination with Computer Science.

Park’s own, already great, interest in coding has only grown over the past three weeks and she can now say for certain she will continue to code after the program ends and most likely for the entirety of her life.

“Once you learn how to code, you can kind of do anything. I know I will be able to incorporate it into whatever I do with my life. Even if I choose to pursue art!”

Park also hopes to utilize her new skills next year as a part of the South Pasadena High School Coding Club as well as in her own club, Teaching And Sharing Skills to Enrich Lives, or TASSEL. TASSEL uses video chat technology to communicate with children in Cambodia for English language lessons. Park hopes that with her newfound knowledge of code, she will be able to improve this system.

Overall Park has thus far found the experience to be a lot easier than she expected. And she is very encouraging of all high schoolers (especially girls!) to take on the challenge.
“Code is really easy to make sound much more complicated than it is,” Park said. “Sure, being in this program, I get to meet friends, and listen to speakers and go on field trips, but there are so many other free things online where you can learn on your own, which everyone should!”