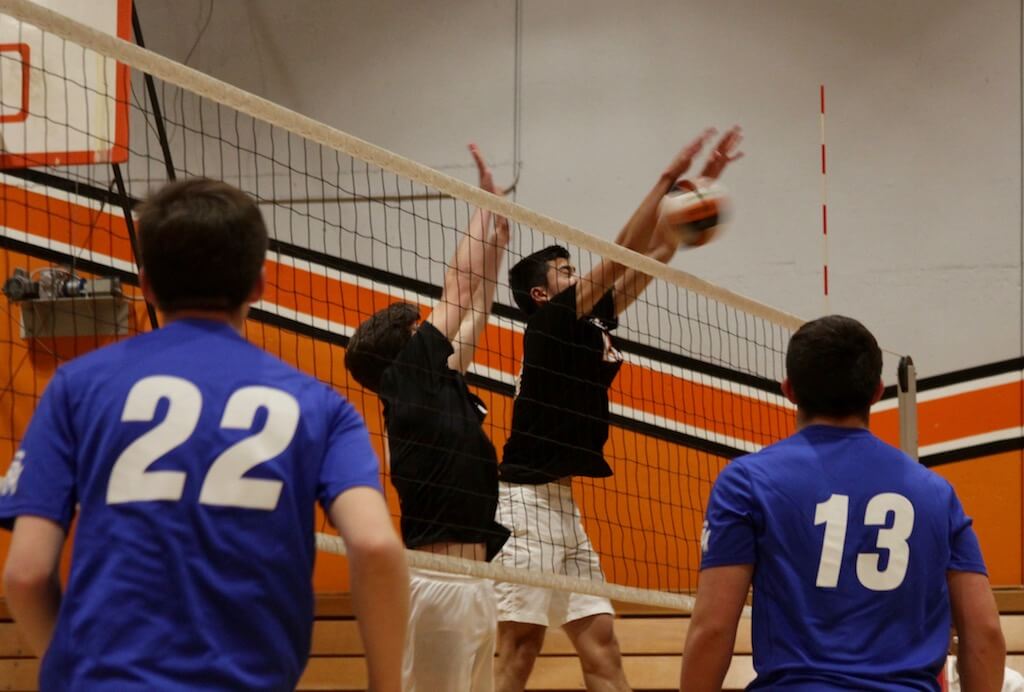 The boys’ volleyball team is riding high after claiming its fourth win of the season in a three set road sweep against the Temple City Rams. With the victory, South Pas now holds first place in the Rio Hondo League standings.

Kicking off the first set, senior Matt Scholtz  energized the Tigers with back to back kills on the opening plays. Although the Rams responded with some decent kills of their own, the Tigers did not let Temple City regroup and continued to pummel the Rams’ libero. With an eight point lead based off of a Scholtz-dominant first match, the Tigers steamrolled through the first set with a final score of 25-16.

Looking to take an early advantage in the second set, Temple City drew blood first with a kill down the middle to try and recover from the previous set. Senior Gunther Vaden answered back with a strong showing at outside hitter to put the Tigers on the board and rejuvenate the Tigers’ offense. Despite Vaden’s efforts, careless mistakes by South Pas allowed the Rams to stay in the game with the score at 9-7. The Tigers eventually managed to pull away with the help of junior Cole Schroeder dumping the ball for a 18-14 lead. Junior Maxton Lam chalked up a kill of his own to help propel South Pas to a 25-17 set win.

Now in the third set, Vaden started off with a powerful kill on the Rams to push the Tigers to a 5-0 lead. Despite getting off to a good start, errors by South Pas allowed the Rams to tie the game numerous times at 7-7, 13-13, and 20-20, with the Tigers blowing a lead each time. Temple City began to find a rhythm of their own to send the game to a 27-27 tie and stayed in the game with South Pas. After forcing the Rams to commit an error, the Tigers put the nail in the coffin when senior Lucas Fox tallied up a solid block on a Ram hitter, giving the team a 29-27 win.

The Tigers will face off against San Gabriel Academy in a nonconference matchup, away, on April 18.