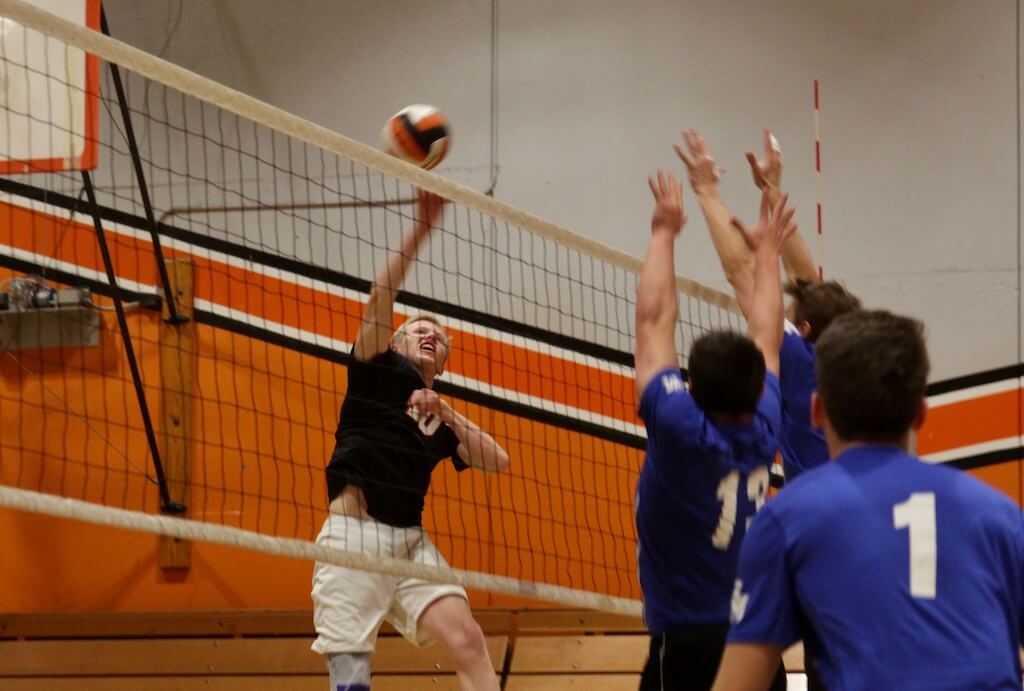 South Pasadena’s boys’ volleyball team beat San Marino on Tuesday, April 11, in the main gym, by a score of 26-21. The game commenced at 3:30 and began with the Tigers’ traditional spirit circle and intimidating yowls.

Right off the bat, the Tigers showed superiority, scoring the first three points effortlessly. South Pas’ quick defense and speedy returns let them hold onto the advantage throughout the game. San Marino scrambled to collect themselves and was unable to communicate effectively.

Yet the annoyed San Marino team began to crawl back up the scoreboard. Soon enough, the Titans had scored five points with rapid succession. At the end of the first set, South Pas led 25-22, barely holding onto their advantage.

After a quick break, the match started with a Tiger serve. Only this time, the Titans scored first. Suddenly revived, South Pas retaliated quickly in order to come out on top again. The scene had every crowd member engaged in the frequent and long retaliations between the teams.

San Marino began closing the gap with hard serves, but mostly the Titans’ point total climbed because of South Pas errors. The Tigers began making more and more mistakes, often hitting outside the boundaries and dropping close-quarters balls. Yet South Pas was able to recover and ended the second set with a score of 24-21.

The third set began, and senior Matthew Scholtz promptly slammed the ball into opposing territory. This victory was short lived, however, for San Marino took the lead for the first time during the game. An angry South Pas team determinedly tied up the score and regained its winning lead. The score fluctuated, but the Tigers were determined to win.

Their unwavering persistence and concentration finally led them to the top, winning their third set 26-21.