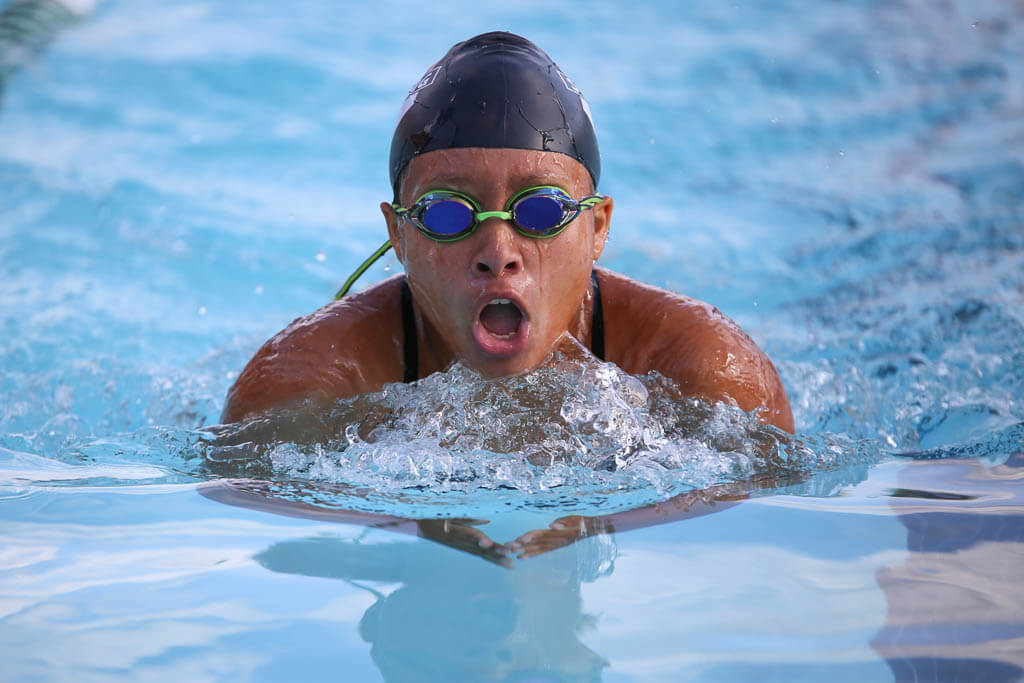 The swim team conquered the Temple City Rams on Thursday, April 13. Both the girls and boys’ junior varsity teams won as well as the boys’ varsity team. The girls’ varsity team came in extremely close behind its opponents, losing by only ten points.

The boys’ teams, especially the underclassmen, excelled in a variety of events. Freshman Hyun Kim impressed his coaches with his skill in a difficult stroke, winning the 100 Butterfly. Senior August Many won one of the most difficult events of the day, the 200 Individual Medley. Freshman Albert Zhou came in at a close second place.

The girls’ teams also performed outstandingly. Freshman Sarah Zenas came in second to sophomore Kyra Angkasa in the 100 Breaststroke. This brought the girls’ varsity team up to a short-lived tie.

“It was kind of hard for the team because their pool was a different length than ours so we had to adjust,” junior Lily Defulgentiis said. “It was one of our more energetic and enthusiastic games in terms of people cheering.”

The team will next compete on Friday, April 14 at Mount SAC.

Baseball shutout by La Cañada on the road