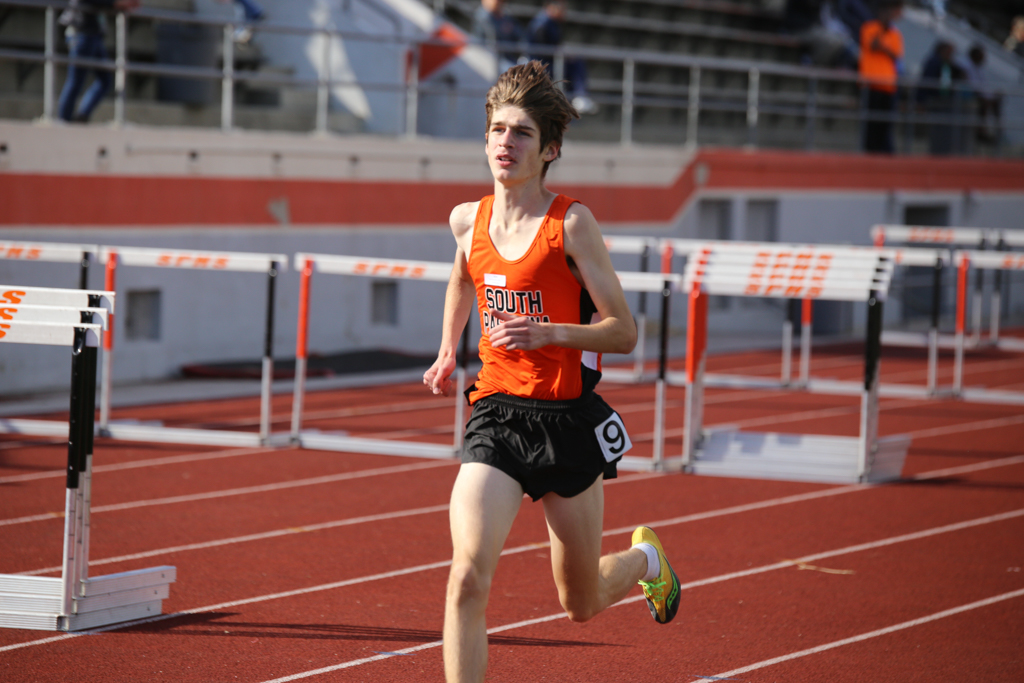 The track and field teams have entered their 2017 season with a depleted staff, forcing a slashed roster on both the varsity and frosh-soph levels. Many of the budget cuts have come as a result of a new state budget proposal, which has restricted the adult leadership surrounding the program.

“We have had to cut the roster down to a safe size and basically limit opportunities to a lot of students that wanted to come out for the team,” head coach CB Richards said.

The teams currently lack pole vault and shot put coaches and only have a part-time volunteer to mentor distance runners.

“These coaches helped produce a large number of college scholarship athletes and team success over the years, so the limited staff is the greatest challenge the program faces for that continued success now and for future Tigers to come,” Richards said.

Despite this challenge, South Pas still expects to find the same level of success that has been prevalent in the past decade. By narrowing the roster, a stronger pool of athletes were selected, and they hope to earn yet another league championship title.

The Tigers have found success thus far in season. They most recently competed at the Redondo Nike Invite on Saturday, March 11, at Redondo Union High School. Many varsity underclassmen competed on the frosh-soph level to gain experience and dominated in their events. Freshmen Gianna Beasley and Corey Segal and sophomore Ashley Hugasian prevailed in the open 400 meter race, with Beasley setting a new meet record with a time of 60.54 seconds. Both frosh-soph 4×400 meter relay teams dominated as well, with the girls taking first and the boys clinching second after sophomore Kai Dettman battled it out with a competitor during the last 100 meter stretch, barely pushing a couple meters in front.

South Pas will next participate in the Monrovia Wildcat Relays on Saturday, March 18, at Monrovia High School.

ADDENDUM: The slashed number of coaches did not result from the state budget proposal. Head Coach CB Richards made the decision to limit the number of athletes and staff as only three coaching stipends are allocated for. Richards voluntarily cut his own head coach stipend in order to secure an additional assistant staff member, totaling four coaches for all four teams. In the past, the track and field teams have fundraised in order to have the necessary trainers. Richards decided to forgo this financial stress and reduce the number of athletes in order to maintain a safe environment.