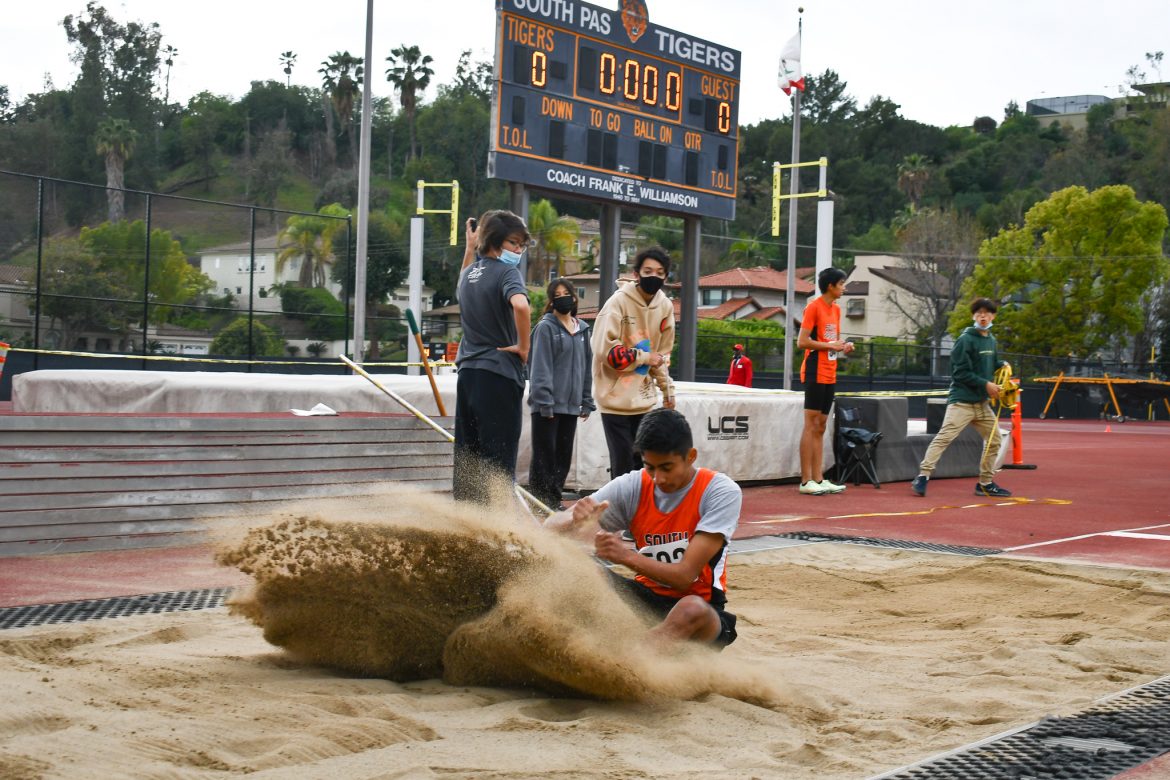 With a third of the season completed, the track team is already demonstrating its multi-faceted prowess.

This year, both the boys and girls track and field teams have each laid the foundation for earning a second CIF title in the past 10 years and continuing a legacy of league domination. With a powerfully dynamic mix of under and upperclassmen, the program is prepared to triumph for years to come.

In June of last year, the boys track team conquered the Division 3 Southern Section  Championships, winning the team its second CIF title in school history. Returning senior shot putters UCSB commit Noah Leider and UC Berkeley commit Nik Iwankiw placed first in 54 feet 6 inches and sixth in 49 feet 11.5 inches, respectively, in CIF last summer, and are poised to carry on the success of the past season.

Senior hurdler Henry Thompson completes the front runners on the boys side and he swept the competition of the 300m hurdles at the first league meet in 44.51 seconds.

Girls varsity can count on returning seniors like UC Berkeley commit Sydney Morrow, who ran a 5:03.94 1600m at League Finals last year and a 11:16.17 3200m at the Mustang Roundup in February 2022. Senior shot putter Violet Main excels in the ring, holding a 32 feet 11.75 inch PR, first place in the Rio Hondo League.

Talent is not lacking among the girls team’s varsity underclassmen. Sophomore Mia Holden rises to the top in the 100m hurdles, 300m hurdles, and triple jump, and has already qualified for the Arcadia Invitational, the most distinguished high school track meet in the nation, in those three events. Sophomore Lyla Keller holds the second fastest time in SPHS girls history for the 100m, with a 12.31 PR.

Distance track enjoys the benefit of training during cross country, which already shattered records this past fall. Both teams secured a spot in the CIF State Championships ─ the first time ever for the girls team who got 10th and the fourth time for the boys. The historic season was an accumulation of hard work and determination that will likely pass over into the spring track season. 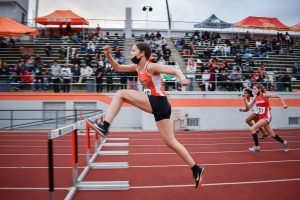 “Making CIF was an amazing experience because we struggled at the start of our season. But, we worked hard to make it to state, that made it feel so much better,” de Villa Bourke said. “I’m so proud to be making an impact on the future team and the history of SPHS track. This season, we changed our workouts to emphasize weight room which takes us the extra mile so to speak. The only way for the team to continue to improve is by believing in ourselves.”

In addition to the distance team’s strength, head coach CB Richards attributes the team’s success to the integration of the school’s strongest athletes into one program.

“We have XC runners, girls volleyball players, soccer and football players, water polo, tennis, and basketball. With a team composed of all these talented SPHS athletes we can work to bring out their best,” Richards said. “That talent combined with the quality track coaching staff we have year end and year out really is the combo for success here.”

As for the longevity of their success, Richards is confident that the future of the program is in safe hands. Praising the dedication and hard work the sophomores and freshman have already put into this season, he aims to build a legacy of domination.

“[For the underclassmen] we look very strong on both the girls and boys side of all events on the track. We are building and teaching them on the frosh-soph teams and they continue to improve,” Richards said. “The coaches and I are very excited about this group of underclassmen and expect good things to come for the years ahead.”

The track team plans to go beyond league victories and has its eyes set on podiuming many athletes in CIF.

Baseball defeats Monrovia for the first time in five years