Baseball defeats Monrovia for the first time in five years 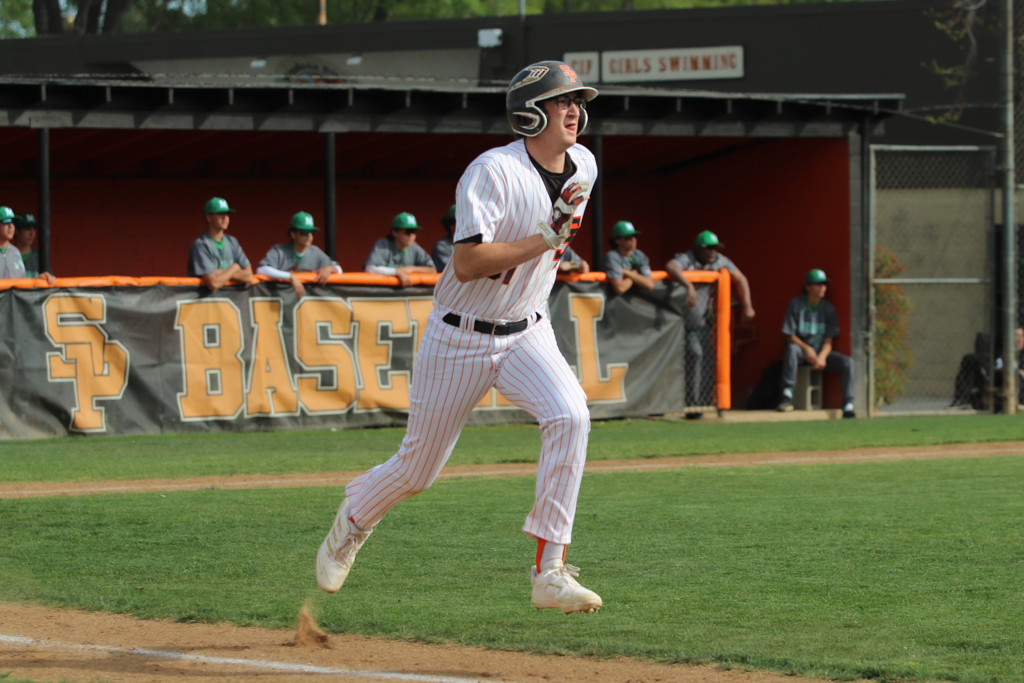 The Tigers will challenge the La Cañada Spartans in a league game on Tuesday, March 22.

Baseball defeated the Monrovia Wildcats for the first time in 5 years, winning 6-4 in front of their home crowd on Tuesday, March 15. Behind four strong pitchers and timely hits, the Tigers broke a 4-4 tie in the bottom of the sixth inning to win 6-4.

Junior Carlo Maling started the game on the mound for South Pas, surrendering a run in the first inning. In the Tigers half of the first, senior Jack Riffle led off with a double but was stranded there. After a quick top of the second, the Tigers were poised to tie the score. A double by junior Quinn Sterling set up the offensive attack, and he would score on a Monrovia error.

Sophomore Luke Riffle pitched a scoreless third inning, making quick work of the Wildcats. The Tigers went quietly in the bottom of the third and Monrovia broke the tie in the fourth inning, using a one-out double and two-out single to take a 2-1 lead. The Tigers continued to hit the ball hard in the bottom of the fourth, sophomore Devin Robinson singling to center, but the inning ended without a South Pas run. 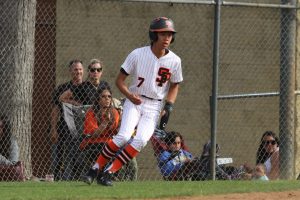 A third South Pas lefty, junior Jason Yipp, toed the rubber for the top of the fifth inning. He pitched a 1-2-3 inning, striking out two Wildcats in the process with a strong fastball and sharp curveball. A clean top half of the fifth gave way to the bottom of the fifth, where the Tigers looked to eliminate the deficit. L. Riffle led off the inning with a single, followed by J. Riffle reaching base with a hit-by-pitch. After senior D.J. Pearson advanced both runners into scoring position with a bunt, and junior Ivan Becerra struck out, Kazarian had runners at second and third with two out. In a prime scoring opportunity, all he had to do was poke the ball into the outfield and both runners would be likely to score. He did slightly more than that. 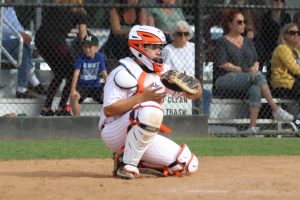 On a 2-1 count, Karazian blasted the ball. The right fielder turned around to play the ball off the wall, but instead watched it sail over the fence. The electric three-run home run gave South Pas a 4-2 lead.

Monrovia responded in the top of the sixth, with the first three hitters all reaching base. A walk and two singles brought the score to one run, and an RBI foul-out brought another Wildcat home, tying the game at 4. The Tigers, however, were not going to let the game slip away. Robinson walked to begin the sixth, and Yipp reached on an error. Senior Ovy Garcia singled to load the bases. After a fielder’s choice, Yipp was tagged out stealing home, but both runners moved up. Garcia then scored on a wild pitch, giving South Pas a 5-4 lead. J. Riffle would extend it, ripping an RBI single to center field. Pearson kept the rally going with a single, but the Tigers wouldn’t score again. South Pas needed 3 more outs to preserve the 6-4 lead.

Nolan Adams carved up the Monrovia Wildcats to close out the game, producing two flyouts and a strikeout in the top of the seventh. The final score was 6-4, the Tigers winning their first game against the league rival Wildcats since 2017. In a hard fought team effort, a game that saw 10 South Pas hits, the Tigers collected their second league win of the season and seventh overall.

The Tigers will play the La Cañada Spartans in a league game on Tuesday, March 22 on the road.