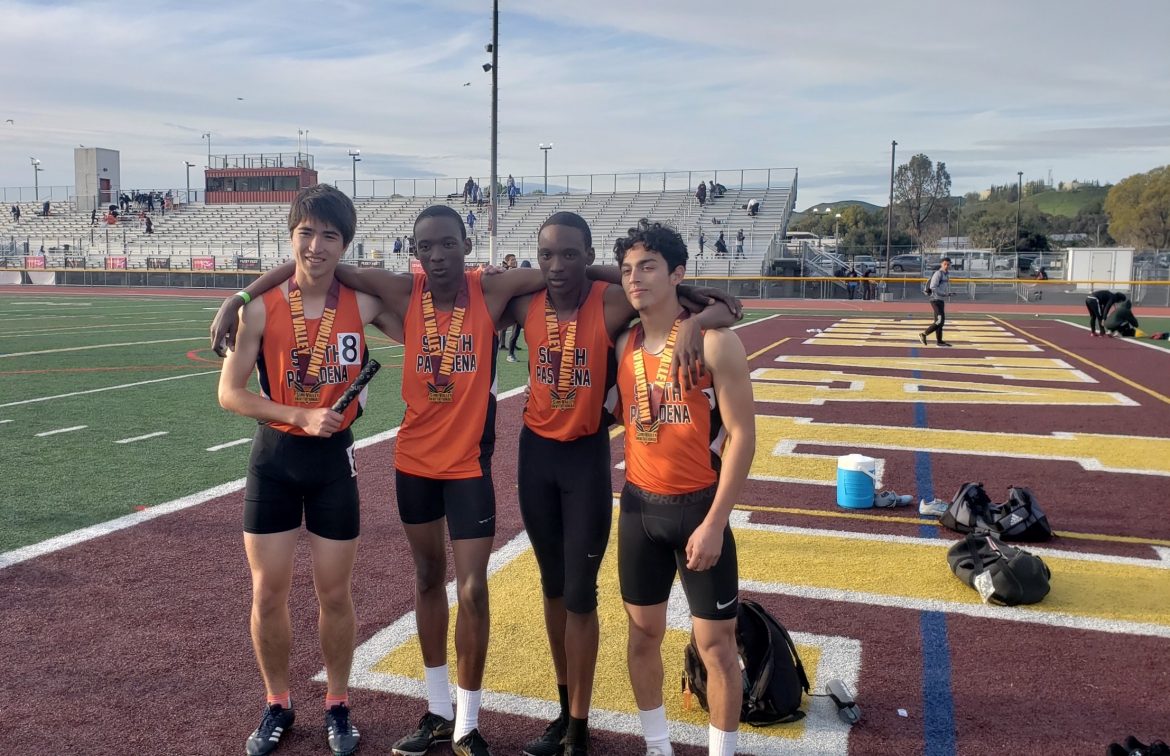 The SPHS track team continued to prove themselves as one of the elite programs in all of Southern California with its impressive performance at the competitive Simi Valley Invitational meet on Saturday, March 9. The Tigers had athletes competing in all three divisions at Pioneer Stadium — seeded, rated, and invitational; invitational being the most prestigious division.

Both the boys’ and girls’ 4×400 teams posted excellent times, which highlighted all of the different performances from South Pas on Saturday. Sophomore twins Terrel and Ferrel Mansano, junior Ivan Estrada, and senior anchor runner Kai Dettman combined to win first place in the boys’ 4×400 with a time of 3:29.62. For the girls’, junior Gianna Beasley, and seniors Rainey Tilley, Ashley Hugasian, and Christina Taylor posted a time of 4:12.98 to capture second.

“We went into the 4×4 confident,” Estrada said. “We know our capabilities and it showed on the track. I’m pretty excited for league. Expectations are high but it’s still early on in the season so there’s still some room for improvement, thankfully”

Dettman, who qualified for CIF Finals last year, also starred in the individual 800m race, posting his new season best of 1:56.43 to place second in an extremely competitive heat. Taylor also posted a season best at Simi Valley, with a 59.44 in her second run in the 400m invitational, earning her fifth place.

South Pas will look to extend its Rio Hondo League winning streak when they host Temple City on March 14th in a dual meet.

no article about distance at nike redondo???