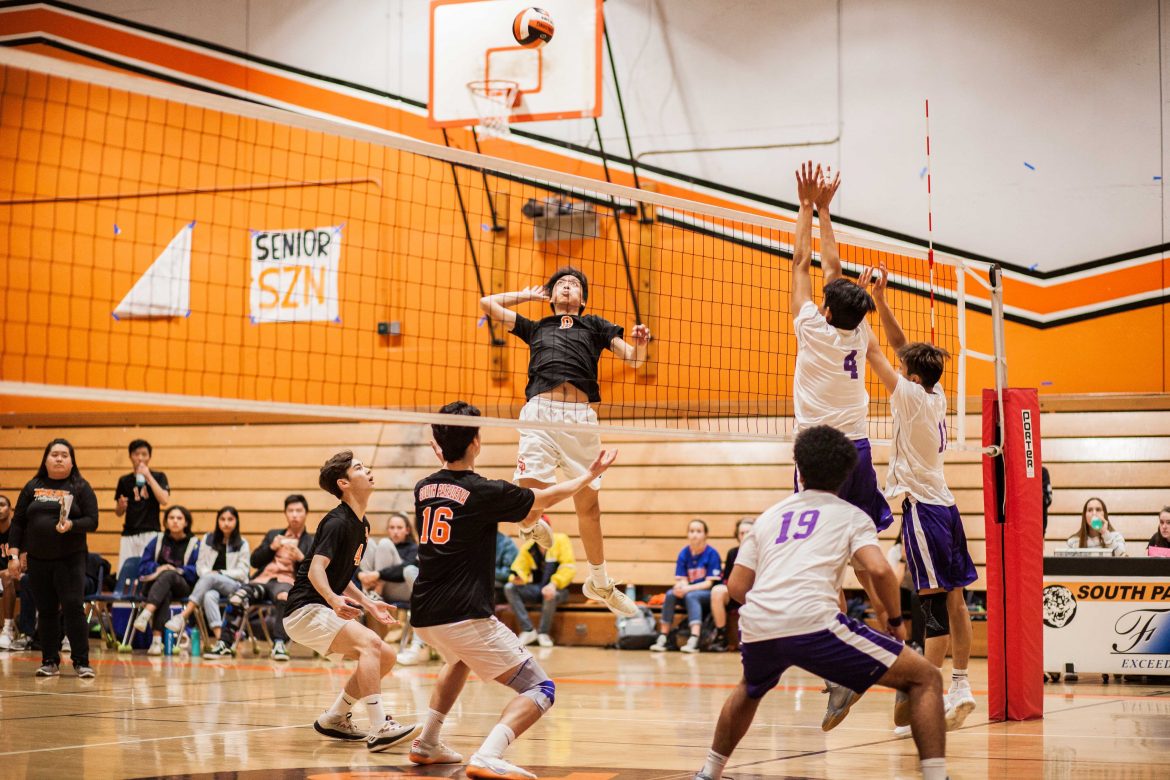 The Tigers will begin their quest for a Rio Hondo League title next game against San Marino.

The Tigers defeated the Cathedral Phantoms 3-1 in four hard fought sets in their last game of preseason at home on Thursday night. The Tigers won the first set 25-16, but lost the second set 25-22. They won the third and fourth sets 25-11 and 25-10 to take the whole game, and end the preseason with only one loss.

In the first set, the Tigers and Phantoms were evenly matched early on. However, after just a few hitting errors, the Tigers cleaned up their play and managed to take a significant lead against the Phantoms. Senior Jasion Barrientos and junior Dylan Schreibfeder blocked the Phantoms numerous times, gaining points for the Tigers. The Tigers won the set 25-16.

Although Schreibfeder made many kills and blocks, the Tigers could not manage to hit above the Phantoms’ blocks in the second set. Even with strong plays on serve receive, the Phantoms continued to tip the ball, which overpowered South Pas.

However, The Tigers came back to dominate the third and fourth sets. With a series of blocks by senior Evan Chee and junior Tyler Lieu, the Tigers were unstoppable. The Tigers took the third set with a 25-11 win.

The Tigers proved their superior talent with a quick win in the fourth set. Senior Addison Hsiao and sophomore Colin Sheng made perfect passes to Lieu, who assisted senior Paul Pan in sinking kills right into the Phantoms’ weak spots. After multiple hits by sophomore Amari Latham and Pan, the set ended in a 25-10 win for the Tigers.

The Tigers play San Marino in their first league game at home at 3:30 p.m. on Thursday, March 14.