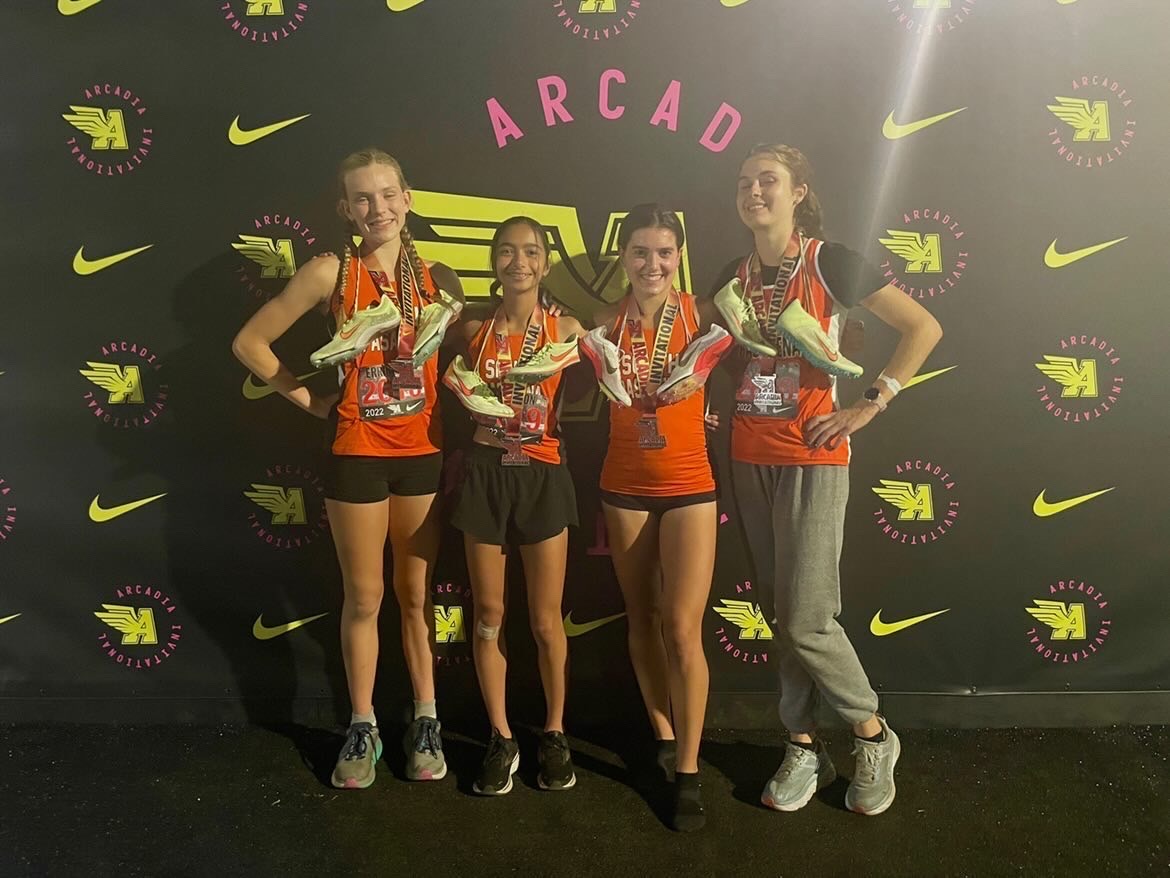 Track and field raced on their home track on Friday at the Tiger Invitational, and select qualifying athletes competed in the Arcadia Invitational, the most competitive high school track meet in the country, on Friday night and Saturday.

South Pasadena hosted the eighth annual Tiger Invitational on Friday, April 8 with more than 100 schools in attendance from eight different states. The track and field festivities proved successful for South Pasadena, coming off the Pasadena Games a week ago.

The Tiger Invitational began with juniors Tyra Williams and Kiana Dettman, and seniors Miranda Liu and Mai Koyama all finishing in the top 55 in the girls 1600m run. Williams was the fastest of the four with a time of 5:52.37, earning her 30th place. Five Tigers cracked the leaderboard for the boys 1600m run, with junior Jack Ishibashi finishing in 50th place with a time of 4:53.78. Seniors Noah Kuhn and Austin Borgerding were not far behind.

Junior Rachel Noonan was the 12th place finisher in the girls 100m hurdles event with a time of 18.41. Fellow junior Ashley Toshima earned 17th place for her time of 19.77. Senior Henry Thompson finished in seventh place in the boys 110m hurdles by completing the event in 16.50.

Sophomore Lyla Keller was sixth place in the girls 100m dash with a time of 12.74, and senior Zoe Schlaak earned 28th place for her time of 13.65. Junior Kainoa Jones was the lone Tiger on the boys 100m dash leaderboard, finishing in 36th place. 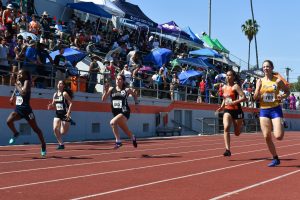 South Pasadena’s senior 4×100 meter relay team, which consisted of seniors Skye Harris, Zoe Tibbo, Stephanie Li, and Schlaak, earned seventh place with a time of 51.67. The girls 300m hurdles was another successful event for South Pasadena, with Noonan and Toshima both cracking the top 25 with sub-one minute times. Thompson earned fourth place with a time of 42.59 in the boys 300m hurdles.

Sophomore Mia Holden continued her dominance of the Tiger Invitational, finishing in second place in the girls 200m dash with a time of 26.09, an eighth of a second behind the first place winner.

This closed up another successful Tiger Invitational for South Pasadena, but around 20 South Pas athletes were far from done for the weekend, as they prepared for even greater competition in Arcadia.

Considered the most competitive track meet in the country, 547 powerhouse schools attended the prestigious Arcadia Invitational, which represented over 20 states, and has produced 203 US Olympians to date. The South Pas Tigers were honored to compete. 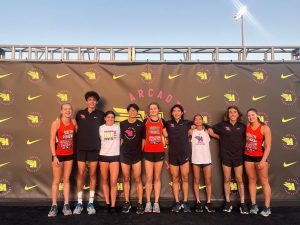 The women’s 4x1600m relay event was a historic one for the Tigers, with Errington, Riley, Geoffron, and UC Berkeley commit Sydney Morrow finishing second with a record time of 21:18.20. That time puts the four Tigers eighth in the nation for this event. Geoffron fell late on in the race but got up and with a burst of energy put South Pasadena ahead. The girls averaged a little over 5:19 per leg, leading them to break the SPHS school record for this event by over a minute.

On Saturday morning, Holden and Keller, junior Annalea Pearson, and senior Skye Harris ran the 4x100m relay in 49.53 seconds, earning them 24th place. Keller also finished in 26th place in the women’s open 200m dash, the only South Pasadena competitor to land on the leaderboard.

Holden was the 31st place finisher in the women’s open 100m hurdles, finishing at 16.01. Holden also had an impressive performance in the open 300m hurdles, nearly cracking the top 10 with a time of 45.97, putting her 0.07 seconds behind the 10th place finisher.

To kick off the open field events, senior Noah Leider recorded a 17th place finish for the Tigers in the discus throw, with a 139’ 2’’ inch throw. He was the only South Pasadena representative in any of the 15 open field events.

Senior Nik Iwankiw, who holds the SPHS record for discus throw and shot put, finished in fourth place in the men’s invitational discus throw section with a mark of 177’ 8.’’ Iwankiw and Leider dominated the shot put competition, representing South Pasadena with finishes of eighth and 15th place, respectively.

After a successful weekend of monumental track meets, South Pas will look ahead to the Monrovia and Blair dual meet at home on Wednesday, April 13.