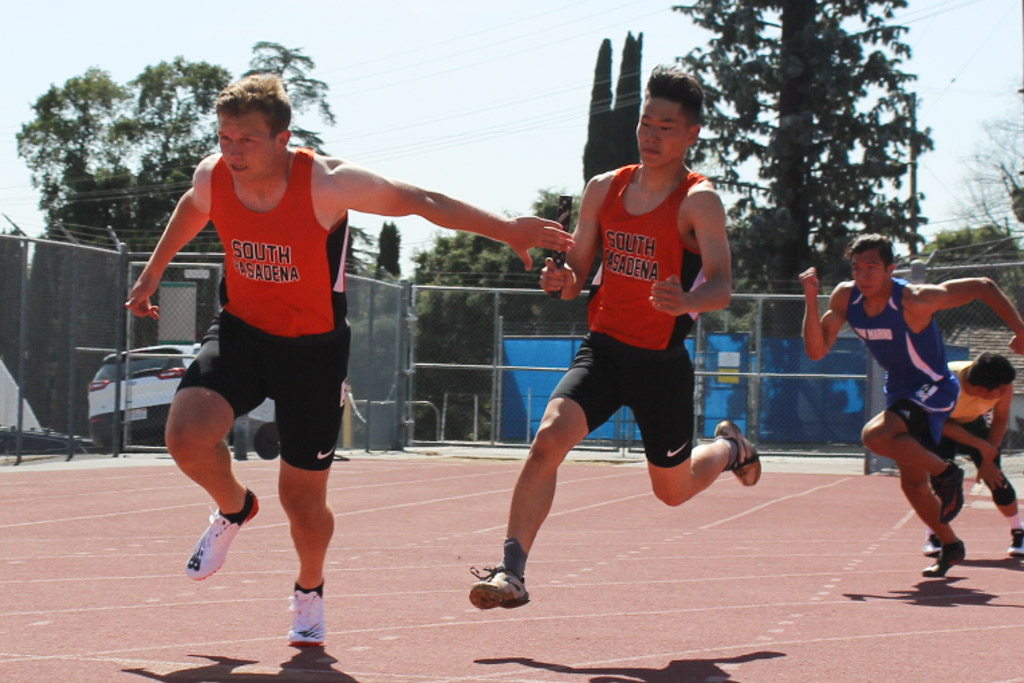 Ten athletes from the SPHS varsity track team competed against some of the best runners and jumpers from across the country this past weekend at the prestigious Arcadia Invitational meet. This annual meet is one of the most competitive high school meets in the nation, with Olympians and world-record holders having competed in previous Arcadia Invitationals.

The 200-200-400-800 girls’ medley relay team of senior Cayley Whitman, junior Ashley Hugasian, junior Christina Taylor, and sophomore Gianna Beasley won their heat with a time of 4:07.85 and placed fourth overall. As for the boys, the team of seniors Jaylen Park and Jack Renken, junior Kai Dettman, and sophomore Tianhao Wei placed second in their 200-200-400-800 heat. Their time of 3:35.7 gave them the 11th best time across all heats. Wei did more than just hold his own against the talented competition, tying for fifth place in the open division triple jump with a 44’09.5” leap. The 4×400 team of Riley Segal, Beasley, Hugasian, and Taylor’s 4:00.16 time was the 12th best in the open division.

“I was a little nervous, but mostly really excited,” said Hugasian. “I am very proud of our performance in the sprint medley relay because that was only our second time running that race.”

The South Pas athletes will hope to face off against some of these elite runners and jumpers from the Arcadia meet later in the year at CIF Finals.