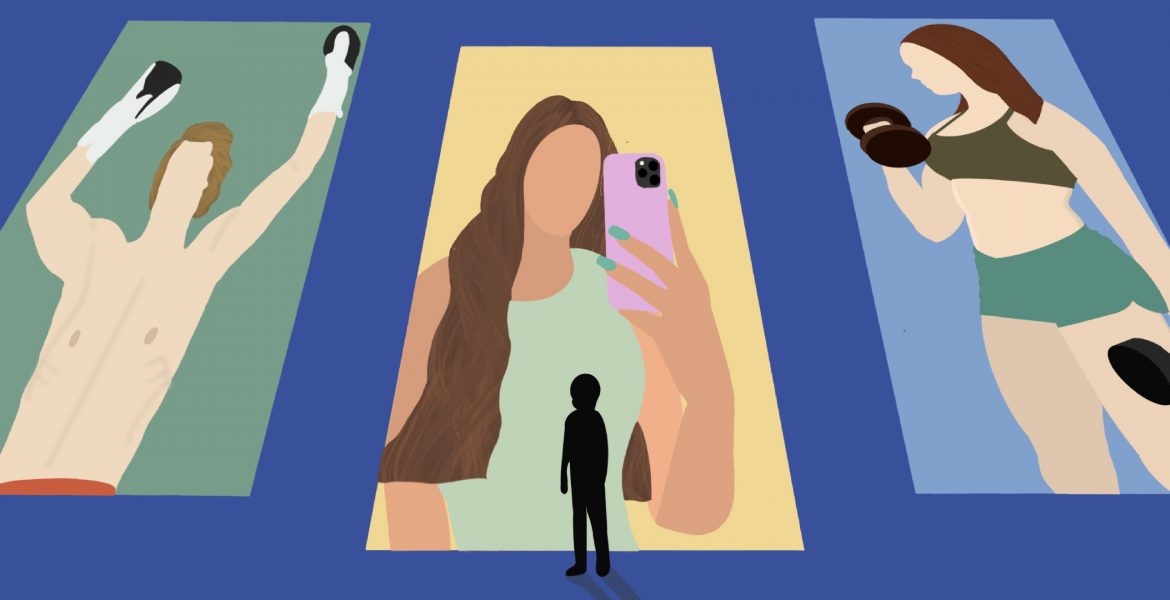 Tiktok pushes harmful narratives that diminish the identity and self esteem of impressionable children.

Tiktok. It’s no longer the Ke$ha song blasting on the radio. Instead, it’s a multi-million dollar app with over one billion users across the globe. Tiktok is a social media app that’s seemingly harmless: a fun place for creators to dance and lip-sync to popular songs. The app, created and released by ByteDance in Beijing in 2016, has swept pop culture to an incredible extent.

However, the popular app is no longer a place for people to innocently share their interests and dance. It’s become a platform for people to brutally bully each other and subject impressionable teenagers to unacceptable influences. Tiktok culture is incredibly toxic and has undeniably negative effects on young users.

Tiktok is deeply hypocritical. The founders pride themselves on the fact that the platform gives a basis for self-expression and individualism, yet the guidelines that moderators follow stifle the content of “ugly” people in “ugly” environments. They also boast about how users from ages two to 104 are supposed to be able to enjoy the app. That’s exactly the issue.

Many young children on Tik Tok are exposed to inappropriate content that includes racism, misogyny, and damaging beauty standards.  Tiktok forces users to succumb to the illusion that the entire world is made up of skinny, pretty people, with lavish houses. These false standards feed into the dangerous misconceptions users will develop as time progresses.

Tiktok offers a platform for “influencers” who are awful influences. Majority of those who have risen to fame on the app aren’t the best role models for their 10-year-old fans. They advertise brands that promote disordered eating, use slurs, boost harmful standards, sexually prey on minors, and promote reckless decision making. Impressionable users are growing up idolizing these people which only fosters a harmful mindset.

Many argue that these children should just be removed from the app, or just not get it in the first place. However, societal standards have pushed technology to be used at an early age, and Tiktok has become such a significant figure in pop culture, it’s become expected of children as young as first-graders to have social media apps, Tiktok included. Social media has become so essential to connection that abstinence from it is simply not realistic.

Like most social media applications, Tiktok makes its revenue off of the ads in between videos. These ads are usually from large companies producing diet gummies, a skincare product, an award show, or a musician. The content that Tiktok promotes lines up with how they’re making money. Specific aspects of videos give a clear pathway for Tiktok to share them on a user’s “For You” Page.

The app and its users have pushed the micro-celebrity mindset to another level. It allowed people with no talent to “Renegade” their way into the music and movie/television industries. Random TikTok stars with two million followers are suddenly making their hot new debut on the Billboard charts and  simultaneously starring in three movies about being a popular high schooler when they dropped out of college two years ago.

Tiktok propels Barbie doll proportions, high nose bridges, and large, double eyelids on young users. Tiktok fuels the idea that one has to look a certain way to not only get on the FYP but also to sign a contract with an entertainment agency. Aspiring musicians and actors have opportunities snatched from right before their eyes because a skinny, blonde, 24-year-old with 400k followers just released a poorly composed two-minute song.

Tiktok reflects the core values our society holds. The lack of transparency, the censorship of “ugly” content, false and unhealthy standards, influencers who make bad decisions, and careers based on connections all play a factor into the world as we know it. We engage because it’s entertaining.

The app’s effect has become so incredibly extensive and is no longer a platform for users to bond, but a place for users to project the ugly truth of the world in an enclosed space with too much and little restriction. It’s damaging for young children and unhealthy narratives on the app are pushed onto users.