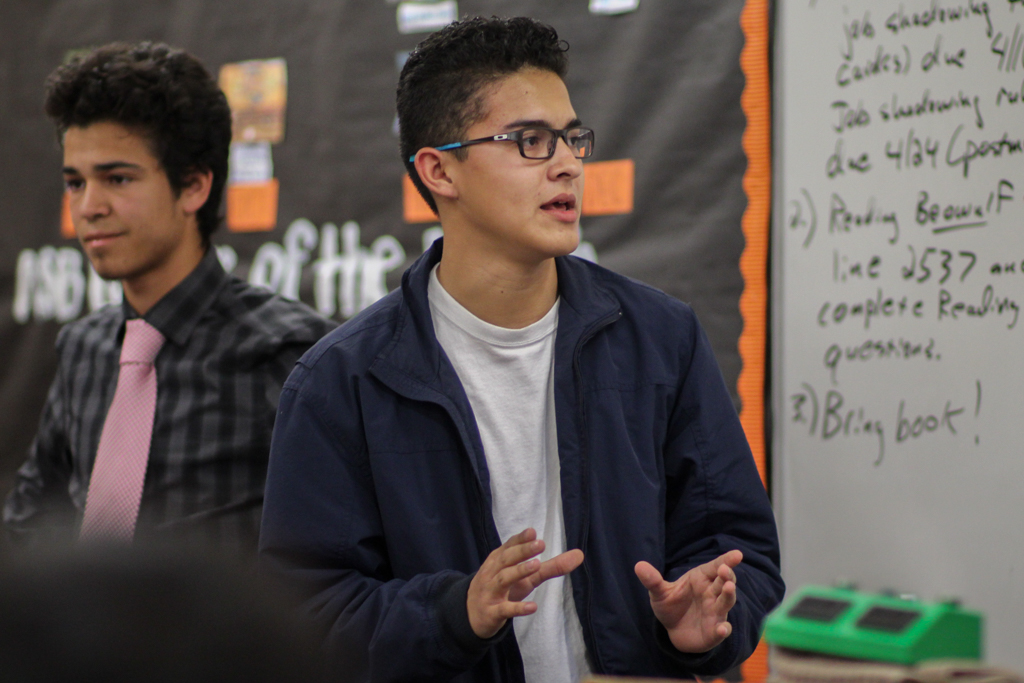 Students returned to the topic of gun control Friday, March 30 in response to the National School Walkout’s calls for gun control reform. The discussion –– hosted by Tiger Talks –– focused on the issue of repealing the Second Amendment. The SAC room housed a discussion on similar policies in November of last year.

Junior Alex Berry argued for stricter gun control laws while junior Charles Li took most of his time addressing and refuting Berry’s points. Li was no stranger to the Tiger Talks forum, as he had argued against DACA in the first Tiger Talks debate earlier this year.

The discussion shifted to the first amendment as debaters reflected on the nationwide student walkout movement for stricter gun control. Speakers Li and Berry concluded their arguments due to time restraints as students filed out of the SAC room.

“Both [speakers] galvanized the crowd when they shared their thoughts on the relationship between gun control and the second amendment,” junior and Tiger Talks moderator Akash Rathi said. “We were pleased by the involvement of the audience in the discussion [since] it provided questions for [Li] and [Berry].”