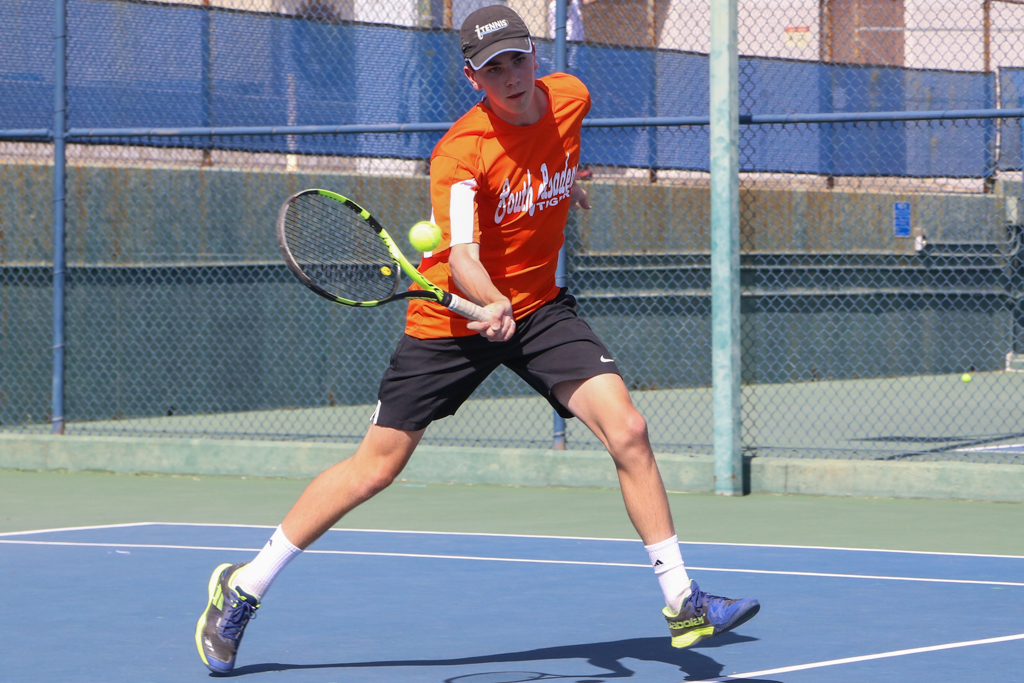 After a compelling 18-0 league victory over Monrovia on March 29, boys’ tennis lost 15-3 against San Marino High School on Monday, April 9. The loss leaves the team’s league record at 1-2 and its overall record at 8-4. The match was originally planned for March 23 but was rescheduled due to spring break conflicts.

All three of the games won came from South Pasadena’s singles players one and two, who both triumphed over the Titans.

The Tigers were unable to overcome the Titans’ powerful play and emerge victorious in doubles.

The boys’ varsity tennis team will play next at home against Temple City High School on Tuesday, April 10.