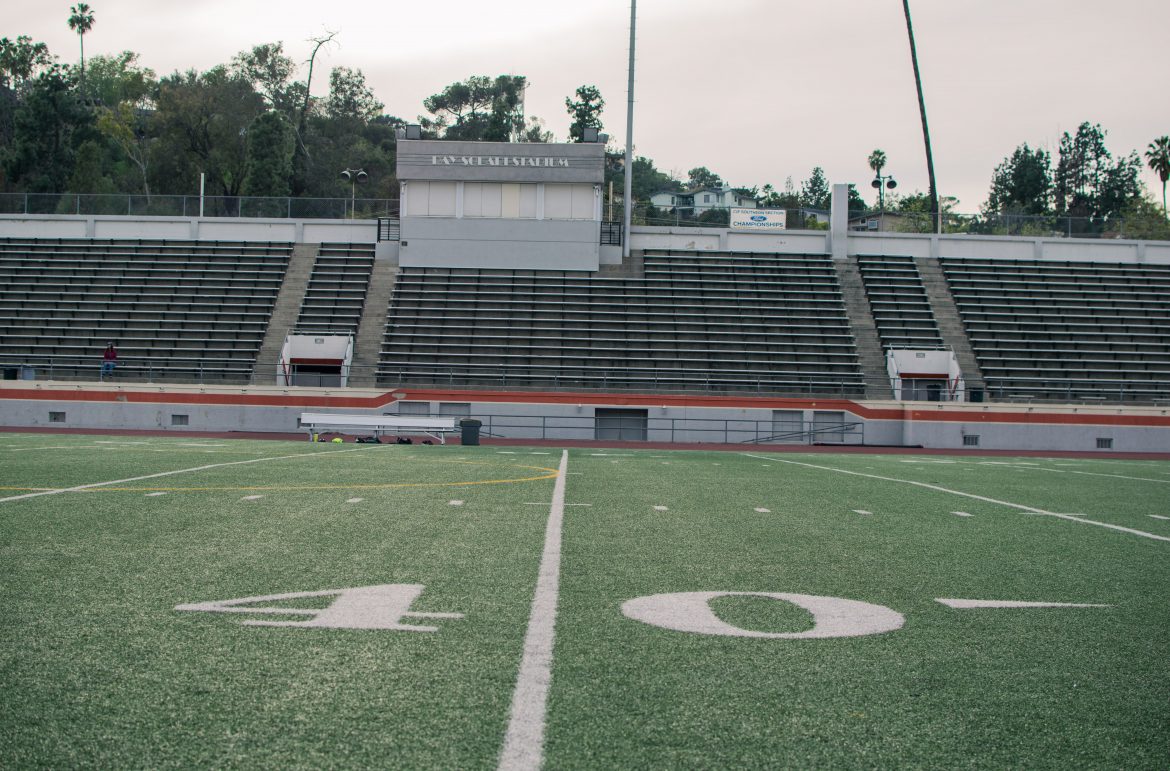 After Joseph Charney, a South Pasadena resident and former high school parent, called for a "moratorium" on football at SPHS until more is known about the dangers of concussions, SPUSD board members extensively discussed the topic at the February 13 board meeting. While recognizing the risks, administrators also decided wait until more is found out about the implications of head impacts in high school sports.

In light of emerging evidence suggesting the dangers of head impact in high school sports, school administrators and representatives are taking a second look at the potential dangers of sports at South Pasadena High School. At the center of the discussion is football.

Joseph Charney, a South Pasadena resident, brought up the topic of head impacts in high school athletics at the February 13 board of education meeting. Charney suggested that the district temporarily end the program to allow for more conclusive evidence to be published on the risks and harms of football and the ways that head trauma found in football leads to Chronic Traumatic Encephalopathy (CTE), a brain disease caused by repeated head injury. During a public comment portion of the meeting, Charney described CTE as a “horribly debilitating disease,” and requested that the district closely examine the scientific evidence and hazards posed by head trauma in high school.

“I was forced to conclude that youth football programs unreasonably endanger the health of those boys who choose to participate,” Charney said, expressing his thoughts on the results of the degenerative brain disease, which can lead to depression, memory loss, confusion, and even dementia.

Charney also expressed doubts about the safety of the game in a letter to members of South Pasadena Unified School District (SPUSD) published in the South Pasadena Review.

During a discussion on the topic, board members resolved to continue to monitor the situation and evidence published on the issue. A recent study done by Boston University suggests that CTE can be caused by routine, sub-concussive hits. At the Feb. 13 board meeting, School Board President Jon Primuth recognized the importance of the new evidence but ultimately decided that a scientific consensus on the study be proven before the district makes policy changes.

Dr. Geoff Yantz, Superintendent of South Pasadena Unified School District, pointed out that football is not the only sport that involves a risk for concussions, nor does it have the most reported concussions at SPHS. However, Yantz did recognize that football is a “high risk” sport, and poses hazards not necessarily seen in other sports. Some students, however, see many concussions go unreported in the heat of a game or practice.

Pablo Gaeta, a senior at SPHS who participated in the football program three of his four years at the high school, feels that many players “shake off” a feeling that they may have had a concussion, and generally want to return to the game, leaving many concussions unreported.

In 2015, the California Interscholastic Federation (CIF) published new guidelines on requirements for student-athletes to better address head injury. These “return to play” protocols provide strict guidelines on how an athlete gets back on the field after a concussion. One of the newest rules mandates a 90-minute limitation on full-contact practices every week. Gaeta feels that, while these actions are a step in the right direction, there needs to be more done to protect players.

In order to prevent concussions and create safer practice and game environments, Charney and Gaeta both believe there needs to be more education on the risks of concussions and CTE upon joining football, despite the negative impact which has recently seen a drop in enrollment.

From the perspective of a student-athlete who has received little formal education on CTE, Gaeta said, “I think they should take more time to talk about information about concussions and what has happened to [people who have had concussions].”

In his letter published in the South Pasadena Review, Charney requested the district to distribute materials to students who participate, or want to participate, in football and their parents or guardians on concussions and brain disease. According to Athletic Director Gregorio Luna, athletes and their families are required to read online information that discloses the potential dangers of athletics before they begin participation.

At SPHS, participation in football has declined over the last several years. The program, being able to have three separate teams in the past, now fields two due to decreasing sign-ups. A study published on March 12 by Journal of American Medical Association Pediatrics found that participation in football has been in decline for the last decade. The study credits the decrease in interest to media attention on concussions and brain injury among football players. While it is not clear whether the decline in Tiger football participation can be attributed to a newfound awareness surrounding head impacts, conversations about the possible health risks are certainly taking place with school officials.

SPHS Principal Janet Anderson acknowledges the difficulty of balancing the love of sports with the possible dangers of head injury to young athletes.

“It’s hard to have the discussion because it’s so heartfelt by so many people, but it doesn’t mean we wouldn’t have that discussion. I have my own personal feelings about whether I would let my child play any number of sports. I would have to weigh the risks in many ways,” Anderson said.

A shared notion among both school administrators and district board members is that more conclusive evidence should be released before policy decisions are made— beyond what guidelines CIF already implements. The dilemma is weighing the positive influence that sports provide students and the decreasingly unknown risks associated with them. District Board Member and SPHS parent Michele Kipke commented on this balance.

“If it seems like in the end we are putting our kids at risk — unnecessarily at risk — then I think it’s something we need to take responsibility for.”