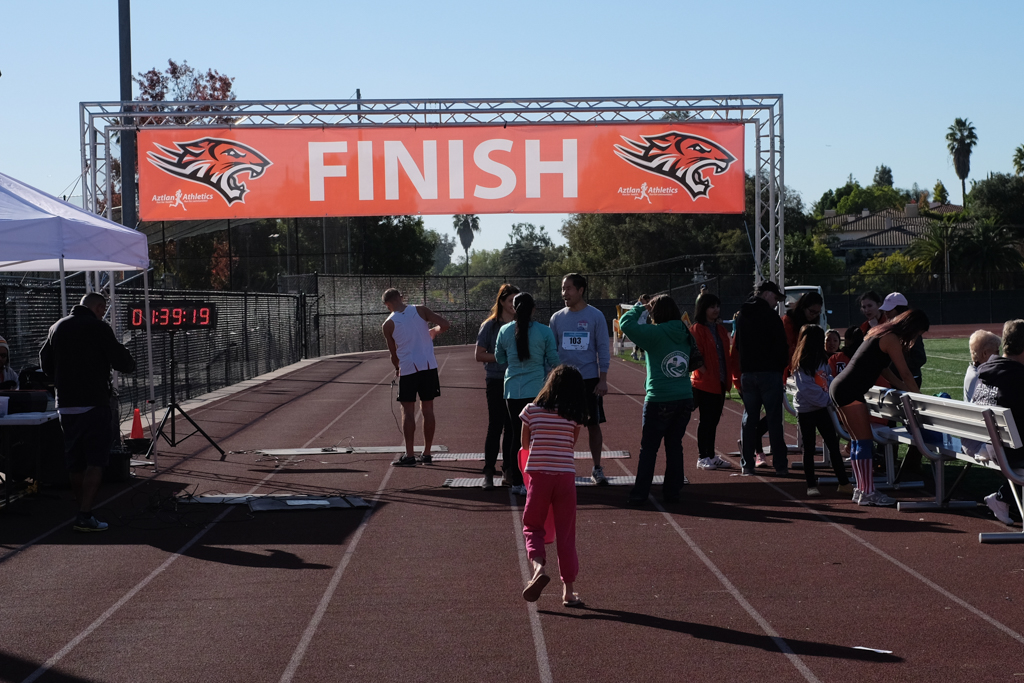 South Pasadena’s 2016 Tiger Run covered the city from the water tower to the YMCA on Saturday, December 3rd. The annual 5k/10k Run/Walk attracted local runners as well as participants from neighboring cities from under 11 to over 80 years old. Proceeds from the event went toward the South Pasadena High School Booster Club.

This year’s event ran from 8:00-10:00 am, and during this time the 5k and 10k races took place, as well as the Cub Run, a 300-meter race for children under 12. Volunteers from ASB and SkillsUSA alike arrived at the SPHS campus early to set up activities and direct the course.

The course began and ended at South Pasadena High School, where coordinator Jose Zavala announced scores with SPHS junior Adam Fagenson. The event was also coordinated by Commissioner of Athletics Jalynne Li, and was primarily staffed by student volunteers. Different campus and community organizations such as the high school Sock Drive and Water Polo team publicized their causes through booths on the SPHS basketball courts.

“I’ve done this every year, and it’s a great event for the whole community since everyone comes here cheering and running,” South Pasadena parent and coach Mike Parkinson said. “And it all goes toward raising money for [SPHS] clubs and athletics.”