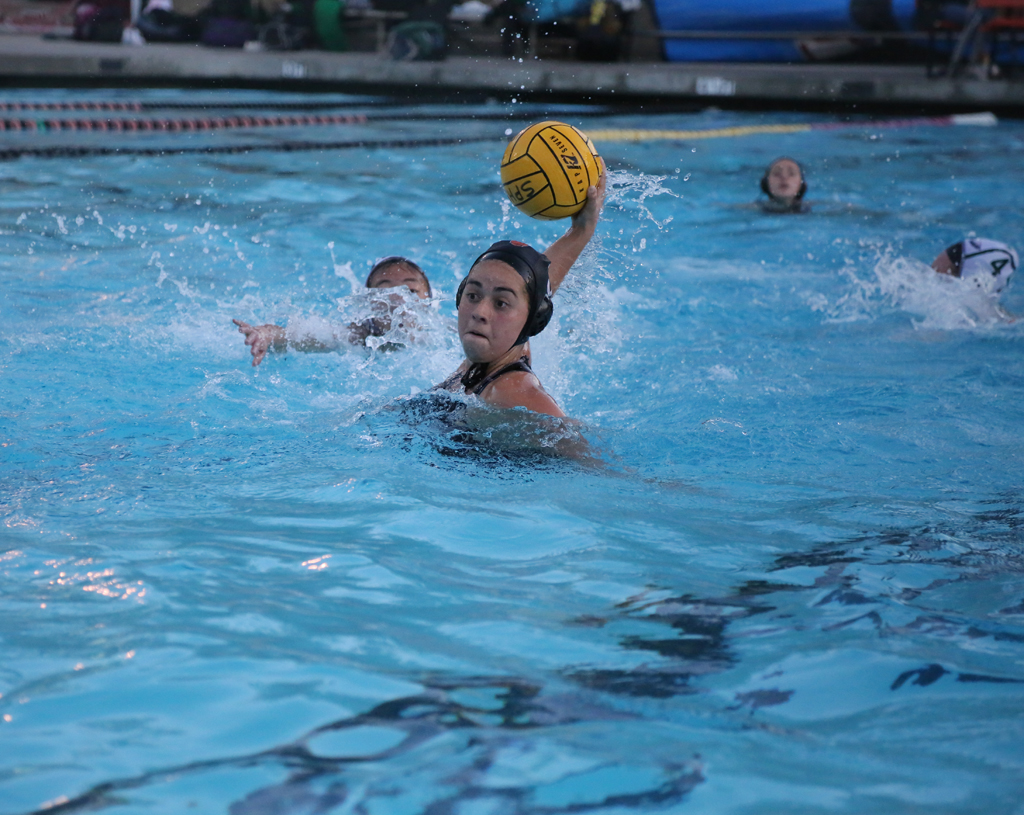 The SPHS’ girls varsity water polo team continued its preseason winning streak with a 17-1 victory at home against the La Salle Lancers, bringing its overall record to 2-0. In the team’s first home game of the season, all ten Tiger athletes scored at least one goal for South Pas.

The team came out strong in the first half, scoring seven points in the first quarter and five in the second. Junior Marta Jerebets opened with a shot early in the game, followed by goals from junior Hayden Carlson and sophomore Sydney Shettleroe. The Tigers established a solid defensive showing, stealing the ball from unaware La Salle players multiple times in the first quarter and counter-attacking to create opportunities to score easy goals. South Pas continued to command in the second quarter, only allowing La Salle one goal. Junior Irene Lee added two goals to the Tigers’ growing lead, and sophomore Alison Lao contributed three goals in the first half of the game.

After halftime, the third quarter started with La Salle in control and South Pas on a quick defense. A consistent struggle for the ball between the two teams resulted in less opportunities for either team to score. Halfway through, goalie senior Skyler Ramirez produced several quick saves from the Lancers’ offensive attempts. La Salle’s pace slowed down in the last quarter as the Tigers’ offensive ability grew stronger. Jerebets shot the final goal to put the score at 17-1 for a consistently victorious game.

“This game was a good opportunity for our team to grow more familiar with one another,” Lao said. “We put into play some game tactics we really wanted to work on.”

The Tigers will play in the Ayala Tournament in Chino Hills on December 15-17 before they kick off the Rio Hondo League season with a matchup against the Monrovia Wildcats on Tuesday, January 10th.