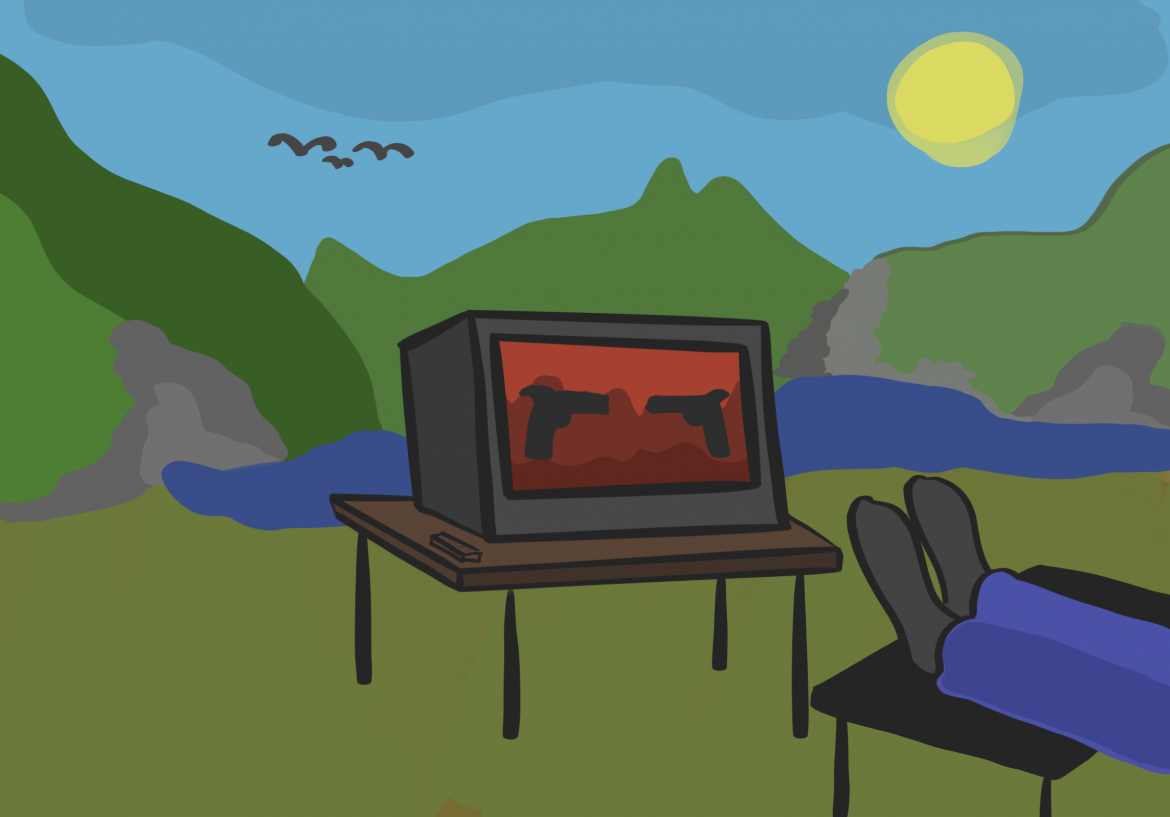 From the dawn of the Cold War into the modern era, Russia and the U.S. have been entrenched in a perpetual arms race to outperform and contain the other. In turn, countless American media outlets have painted Russia as a threat to democracy and the continuation of American ideals within Europe — a bitter rival to the far North. As soldiers once again line the Russian-Ukrainian border, the U.S. government and media have blown the conflict out of proportion which has worsened tensions between the two Cold War rivals and has hindered the efforts to resolve the conflict.

For 9 long years, the media has portrayed Ukraine and Russia entangled in a bitter conflict saturated by cease-fires, broken treaties, and countless deaths — a result of Putin’s “unwavering desire” to expand Russia’s influence into Ukraine. However, these reports are misconstrued as Putin has, on multiple occasions, amassed massive parts of the Russian army along the border — little more than a show of power to force the West to listen to Russian demands to halt the expansion of NATO. Taking Crimea pressured the West to take Putin’s demands seriously and, had Russia truly planned to expand into Ukraine, the nation could have easily invaded the Donbas region in 2014 when anti-Ukrainian protests were at their peak.

“The Russians gamble that they’re going to mass troops on the Russian border with Ukraine … come to the table and say, ‘We have these draft treaties for NATO and the U.S., and this is what we want: We don’t want countries that are part of the former Soviet Union to join NATO, and we would like to have a discussion about how you’re going to pull back from our borders,’” Alexandra M. Vacroux, executive director of the Davis Center for Russian and Eurasian studies speaking to the Harvard Gazette said. While American media anguish over the “potential threat of invasion,” Putin’s interests are less in Ukraine and more in twisting the West’s arm and forcing the U.S. to cave in to Russian demands.

In spite of this, Western media outlets are inundated with headlines predicting a “potential invasion” and warning of Russia’s increasing military presence encapsulating Ukraine. The irony is that, as Ukrainian President Volodymyr Zelensky assured, “the threat of war was no greater than any other time since Russian President Vladamir Putin invaded portions of the country in 2014.” Although to the U.S. war seems imminent, the increased military presence around Ukraine is nothing more than a political bluff, an attempt to prevent NATO’s infiltration of Eastern Europe. In fact, U.S. panic has forced President Zelensky to counter two potential invasions ─ a militaristic invasion from Russia and a terror-induced “counter-invasion” from America. The media’s blatant “red-scare” has put the U.S. ‘s view of the war that has steered public opinion ─ an oversensationlized bloodshed ─ at odds with the ongoing conflict that’s truly unfolding across the Atlantic.

In fact, the Ukrainian President worries that “dire public warnings from the U.S. about a possible invasion are serving to amplify Russian efforts to destabilize Ukraine and its economy.” In response to the “surmounting Russian threat,” American troops have begun arming themselves throughout Eastern Europe, particularly in the Baltic states to respond to a Russian invasion. America’s anxiety surrounding Russian expansion, egged on by the national media’s coverage of the war, has done little to remedy the issue. On the contrary, the threat of an American invasion into Russia could push Putin to invade Ukraine as a means to secure the buffer states it relied on during the Soviet era.

Throughout the conflict, media coverage has been decisive in swaying American public opinion and has been the root of American foreign policy. As peace talks emerge between the West, Russia, and Ukraine, the U.S.’s belief of an imminent war, sparked by the evil bear of the North, has slowed its progress. Hellbent on exemplifying the might of America and the ideals of “preserving democracy,” the U.S. has largely disregarded Russia’s demand to keep Ukraine from joining NATO in the future.

In addition, the U.S. decision to withdraw diplomats and expats from Kyiv, portrayed at home as a decision to save Americans from the “inevitable collapse of Kyiv” paints a false narrative of the war. Unlike the fall of Kabul earlier this year, where Americans were withdrawn from Afghanistan after legitimate threats from the Taliban threatened their safety, Kyiv is far from a war torn battlefield and is even farther from being a genuine threat to the Americans living there. As a result of these claims, many investors have moved their money from Ukraine to other nations abroad, crippling the already struggling Ukrainian economy. Media outlets have done the U.S. and Ukraine a massive disservice. Instead of moving negotiations further along and calling Putin’s bluff, the media and U.S. government have instead played along with Putin’s fantasy and cornered the already threatened Russia, potentially lighting a wildfire from the small embers of a dying fire.

While rising tensions between Russia and Ukraine are undeniable, the threat of war between the two is nothing more than a Western façade. Neither side wants to engage in total war and both sides are using their might to push their own agenda. However, the American media’s over sensationalization of the conflict could push the U.S. and Russia closer to a conflict in Ukraine, hindering actual strides towards peace.