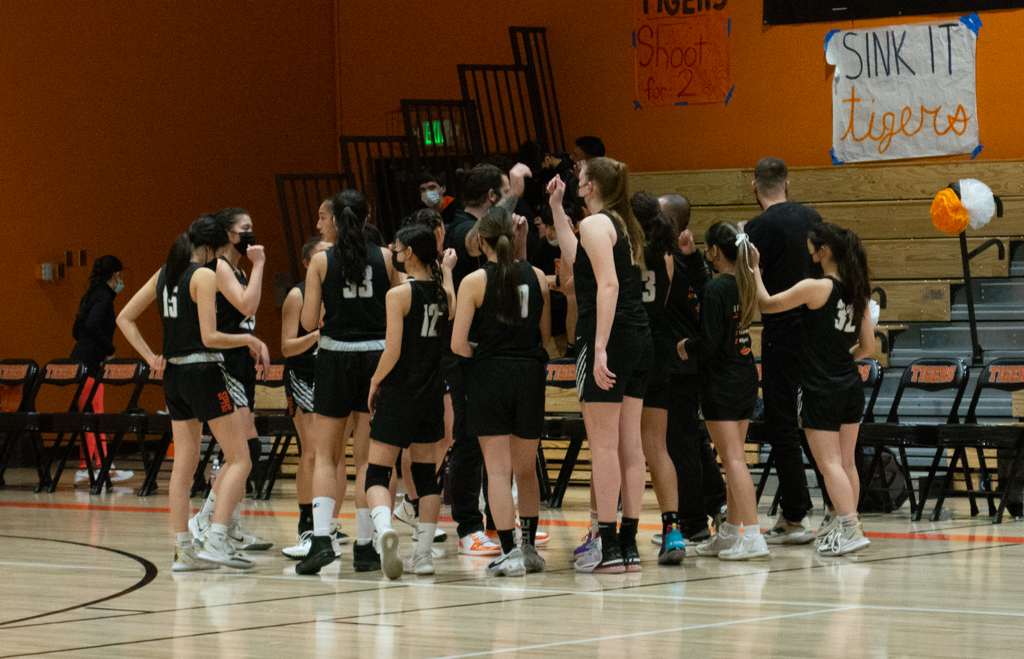 The Tigers struggled to keep up with the dynamic Brentwood offense, leading them to fall behind in the first quarter and never recover.

Girls basketball lost to the Brentwood Eagles 68-51 in the CIF Division 2A quarterfinals game on Saturday, Feb 19. This game concludes an amazing season for the Tigers, with first place in the Rio Hondo League and an overall score of 26-3.

After losing the tipoff to the Eagles, the Tigers were able to recover the ball and began several rounds of back-and-forth across the court. Brentwood managed to intercept the ball and score twice, and its swarming defense and quick passes made it difficult for South Pasadena to keep up.

Senior power forward Allysan Tse managed to break through, scoring a two-pointer after weaving through Brentwood’s defense. Despite the Tigers’ many impressive interceptions and defensive plays, Brentwood was able to take the lead by employing long-range shots to bypass the defense. The first quarter ended with Brentwood leading South Pas 18-11.

The South Pas defense became more aggressive in the second quarter, forcing the Eagles into unsuccessful shots and securing rebounds. However, Brentwood managed to score several times early in the second quarter, adding to their lead. Sophomore point guard Dylan Tse sank multiple impressive shots, one from the corner and another nearly half a court away, but the Tigers were unable to lessen the deficit. The first half ended 36-27.

The Tigers were plagued by unlucky shots in the third quarter as they struggled to close the gap. South Pasadena did manage to break through Brentwood’s defense, though many of their shots that seemed destined to succeed were foiled at the last second by bouncing out of the basket. The Tiger’s earned most of their points through free throws, such as from junior small forward Lotis Shoun and D. Tse. Meanwhile, the Eagles expanded upon their already significant lead, ensuring their imminent victory with a score of 54-34.

While the Tigers were unable to prevent many of the Eagles’ plays, they managed to make several more impressive shots of their own in the final quarter. A. Tse dominated the court with multiple two-pointers, intercepting the ball from Brentwood’s passes, and sinking an impressive three-pointer from the sides as the clock ran down. Though the Tigers were able to score seventeen points, there was no time to catch up to the Eagles’ score. The 68-51 loss puts an end to a strong season filled with dominant victories, such as their 84-20 beatdown of Monrovia on Wednesday, Jan 26.

“I think that we did a great job of working hard and working together all year, we had amazing team chemistry,” head coach Cody Masden said.

He also referred to the injuries many of the Tigers have sustained over the season, and how that plagued their CIF run.

“Sometimes in the playoffs, it just comes down to who’s healthier and who can play that many games in a row, and unfortunately tonight wasn’t our night…But I don’t think that tonight is representative of who we are as a team,” Masden said. “They fight every single game.”