Top Posts
Rising Senior Nicholas Chau commits to dive for...
Breaking the unspoken rule against voicing my opinions
Coping and cutting my hair
Anime carries surprising weight
Competition is fracturing
Stop telling me that distance learning is easy
Discovery identity
Finding the right fit
My high school experience as a game of...
SPHS celebrates the Class of 2021 at graduation...
Home Featured The top sports Wii games to play during quarantine
FeaturedSportsWeb Exclusive

The top sports Wii games to play during quarantine 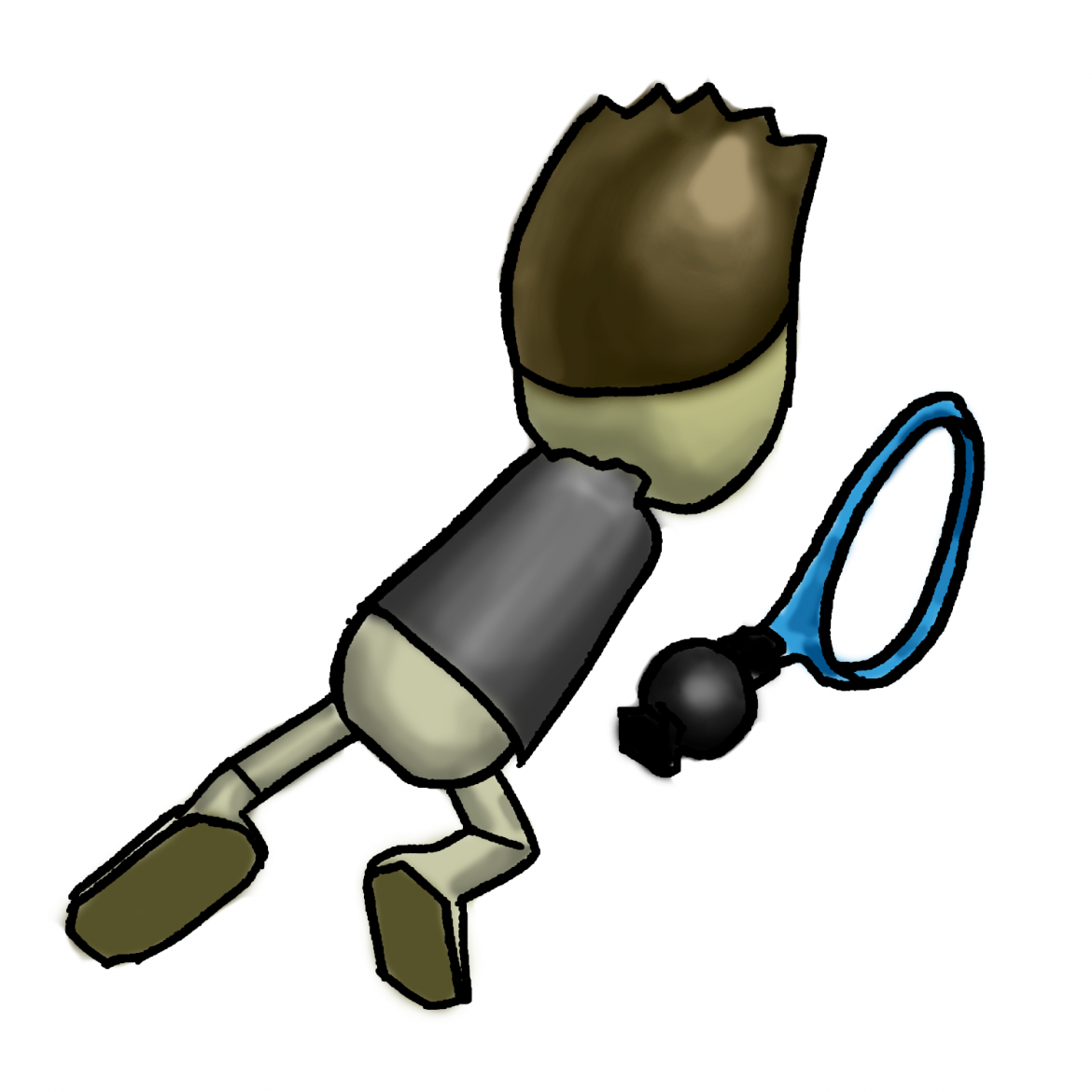 The coronavirus pandemic has left those in quarantine bored out of their minds. A month and a half into California’s lockdown, most people have surely run out of fresh ideas to maintain their sanity. Throughout the unprecedented quarantine, there has been one constant: nostalgic parts of pop culture trending on Twitter. Everyone is rewatching their favorite movies and TV shows from the past and celebrity Zoom reunions occur almost every other day. Tiger offers another trip down memory lane and jumps into the world of 2000s gaming to present the top sports video games that Nintendo Wii has to offer.

Wii Sports
Most athletic facilities are closed during these quarantine circumstances, but one does not need to head outside to play baseball or tennis. Instead, they have the whole stadium and courts awaiting on their screens in the form of the first Wii game, Wii Sports.

There is much appeal for this game even as many players have moved on to other, more complex interfaces. The nostalgia factor reins significantly in Wii Sports; the familiar-looking Mii characters to the Wii theme song is bound to send players into a sentimental mood.

The playability factor is also another reason why Wii Sports has still retained its popularity. The controls are very easy to work with, and it is simple to learn the different movements required for each respective sport. One can play with no difficulty and enjoy the catchy background music that encourages a rhythmic sense of playing.

As families are confined during this outbreak, they should take advantage of this time and reconnect their dusty Wii Sports. With five sports available — baseball, tennis, bowling, golf, and boxing — and competition rising, time will quickly pass by.

Mario Kart
Before Forza or Asphalt, Mario Kart was the top racing video game franchise and it still holds up today. It has introduced the notorious Rainbow Road and the “deus ex machina” Bullet Bill and won over the hearts of thousands of players across the globe. Each installment — there are 14 — has its own set of pros and cons, but only two stand out as quality coronavirus activities: Mario Kart Wii and Mario Kart: Double Dash.

The core gameplay is virtually the same in both: Users race as popular Mario characters on a vast array of circuits, using the courses’ special geography and classic power-ups to boost their way to first place.

Mario Kart Wii introduced the Wii Wheel — a controller that mimics a real-life steering wheel. Users are bound to lose themselves in the world of racing and will inexplicably lean and twist their bodies as if that could improve their in-game performance.

Both offer classic modes that are suitable for entertaining solo or interactive multiplayer gameplay, but Double Dash adds an extra layer of excitement. Instead of one character per cart, Double Dash employs two: one to drive and one to sabotage opponents with bananas, shells, and fireballs. The players can even switch positions anytime throughout the race.

The co-op feature creates a higher skill gap and invents more possibilities. Two close friends can dominate through teamwork and communication, while siblings may quickly tumble into 12th place in a race filled with bickering and complaining.

Coronavirus quarantine is the most appropriate time to drag out an old Mario Kart and is an opportune excuse to relive old memories or make new ones.

In Super Sluggers, Mario and friends return to play America’s favorite pastime with the classic twist of power-ups and fantastical shenanigans. Nintendo builds upon the Wii Sports baseball experience with new batting and fielding mechanics that create greater diversity in the gameplay.

The visuals are as fantastic and vibrant as expected, with nine distinct stadiums based on the main characters that can be played in day or night atmospheres. Each stadium comes with its own minigame that players can mess around with when they’re not playing a full-fledged 9v9 game.

But Mario Super Sluggers’ true worth comes in the exhilarating Challenge Mode. Mario and friends embark on a narrative-driven mode in the Baseball Kingdom to assemble a superstar team to defeat Bowser and Bowser Jr. Players travel from location to location, solving tasks and saving characters from Bowser’s grasp.

The game shifts away from the baseball aspect and transforms into a thrilling adventure, as characters explore expansive worlds. DK Jungle is built around the ancient ruins of a dead civilization, Luigi’s Mansion is a spooky cemetery, and Daisy Cruiser is a luxurious party yacht. In the Challenge Mode, imagination takes over and even the most stubborn baseball haters will become invested in the game.

Wii Fit Plus
Wii Fit Plus is the ultimate quarantine activity. The 2009 sequel to Wii Fit combines exercise with entertainment and is the perfect way to feel productive while killing time.

Nintendo builds the gameplay around the Wii Balance Board, a body scale platform that replaces the classic Wii remote; players walk, balance, and shift on the board to perform virtual tasks and workouts.

The game offers 36 yoga and strength exercises, all complete with a virtual instructor, whose soothing voice guides players on a journey to a leaner and fitter body. It also boasts 18 aerobic and balance minigames, varying from jogging and hula-hooping to tightrope walking and snowboarding.

Wii Fit Plus allows participants to save personal data that tracks BMI, calories burned, and their Wii Fit Age, which evaluates the player’s fitness in accordance to their age. Players can set calorie and BMI goals with daily workouts and even create accounts for their pets to track their weight and activity. With so many activities and features at their fingertips, Wii Fit Plus brings a complete solo workout right into one’s living room.

For those who prefer more casual activities, there is Training Plus, the arcade-like section consisting of 15 games. Players can test their skills in the sky-high Obstacle Course, bike around a vast immersive island in Island Cycling, or fly around in a chicken costume in the Bird’s-Eye Bulls-Eye. These whimsical activities can serve as a fun break from a workout or grounds for intense competition between family members and friends.

The Wii has a sports game for everyone. It can entertain young kids, give exhausted parents a well-deserved break, and give the elderly an easy way to stay active. Whatever the intention, Nintendo’s old console provides space for a nostalgic and entertaining coronavirus activity.